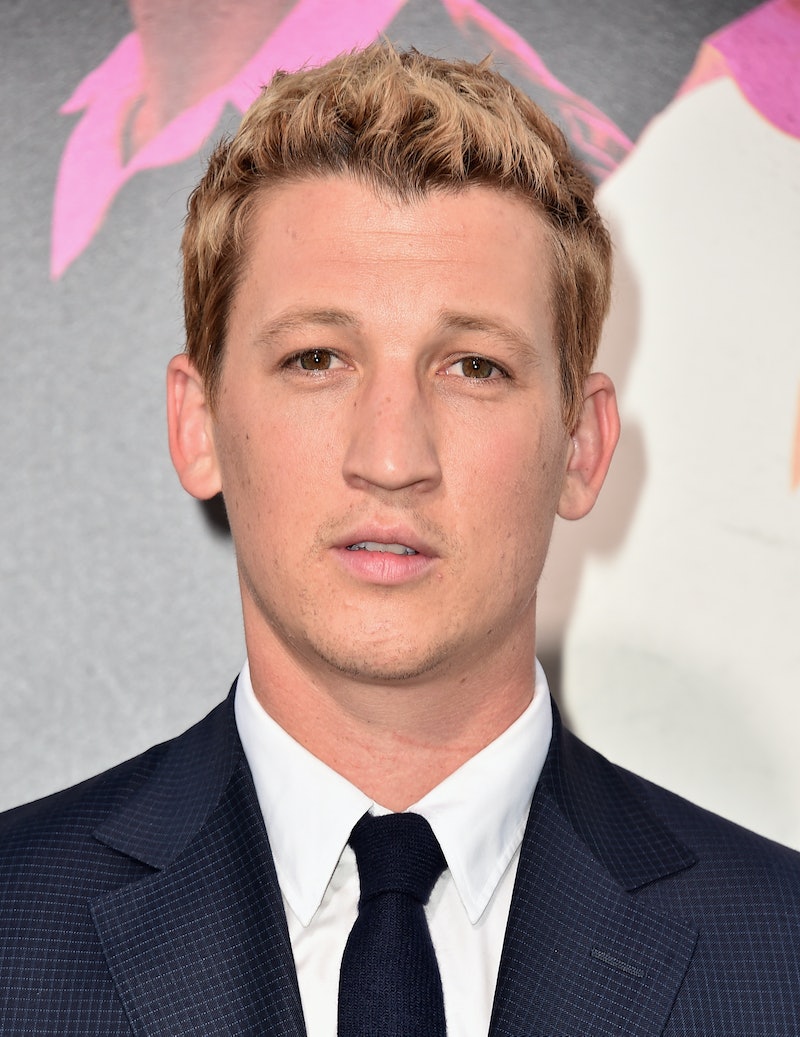 Gummy hair vitamins, stomach-flattening tea, and teeth whiteners are just some of the products that famous people promote on Instagram. But there's one celebrity you will not find posting #sponsored content: Miles Teller. In fact, Teller isn't even on Instagram in the first place. He revealed to Playboy why he stays off the social media app, and if anything, his reasoning may make you respect the actor more. Teller said,

"I don’t do Instagram. People are on their phones too much. I’ve been told that having an Instagram account will help me book more roles, get more endorsement deals. It makes you more of a brand. But I’m not interested. I want to build my fan base through movies and movies alone."

Honestly, that last part is the most significant. He'd rather be known for his portfolio of work than his collection of Insta photos. It's great that he respects acting so much that he only wants to be judged by movies — not accumulating fans for any reason other than that. Not that there's anything wrong with using the app to promote products, but it's definitely not for everyone. And I appreciate his authenticity, especially since he acknowledges this could potentially prevent him from gaining more popularity and landing more roles.

However, he doesn't avoid social media entirely. Teller admitted one site is his favorite. He's a big fan of Twitter, since it allows him to stand up for himself and set the record straight. He said,

"There have been times, absolutely, when I’ll read negative stuff. Sometimes it’s by a critic or a journalist, and you can use that as fuel. With Twitter, I like it because I can put things in my own words. I can write something, and boom, it goes out to however many people. It’s important to have your own voice."

And that's exactly what happened when Esquire ran an unfavorable profile of Teller in 2015. He posted a tweet afterwards, defending himself. Now a year later, he commented on that exact profile (which he dubbed a "hit piece") in his Playboy story, saying that "in a way" he now finds himself more guarded with reporters. But still, he ultimately believes that "they can paint you however they want to paint you." That's why having an outlet, like Twitter, let's him help control his own story.

Props to Teller for knowing who he is and what he stands for. Even if not everybody loves it, he's not being phony. So nope, no Instagram endorsements for him.