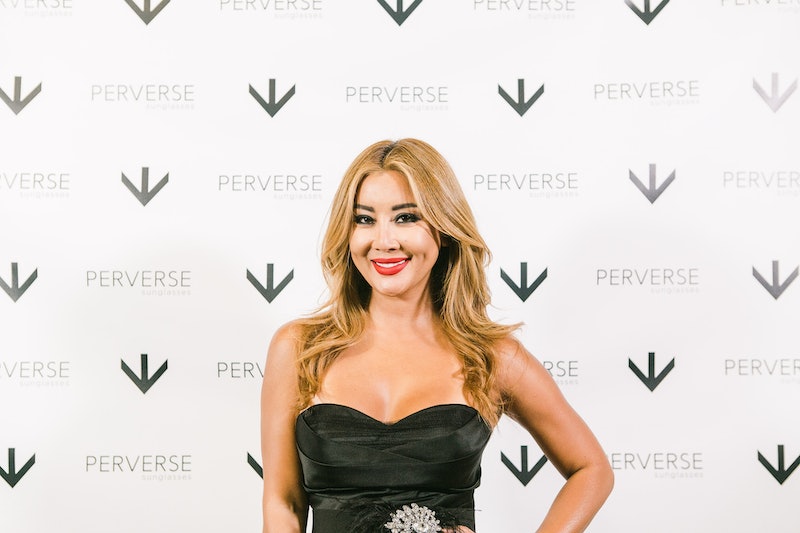 When you step into PERVERSE's new downtown Los Angeles store, you might feel like you’ve died and gone to sunglass heaven. While that sounds cliche, it’s a hard feeling to shake — it’s a bright, almost fluorescent white space and lined along its walls, neatly in rows, are 450 different sunglass styles. It’s one of several gorgeous storefronts that PERVERSE founder and CEO Toni Ko created and launched in just six months. How does one do such a thing? When you have over 15 years experience in being a badass entrepreneur like Ko, it’s just what you do — or at least that’s what she tells me.

According to Forbes, Ko started her first company NYX when she was only 25 years old in 1999 after she saw a hole in the industry for high-quality cosmetics at an affordable price point. She then turned it into a multi-million dollar industry — all by herself. Ko sold NYX cosmetics to L’Oreal in 2014 for an estimated $500 million.

She's following a similar model with PERVERSE. With designer sunglasses costing anywhere from $200 to $1,000 these days, Ko really wanted to create a brand that could give consumers the ability to experiment with different shapes and styles without having to break their bank.

While it was a rather quick launch, building a sunglass company didn’t happen overnight, nor was it really ever Ko’s lifelong dream. Her true passion lies in the beauty business, she tells me; however, when she sold NYX, Ko signed a noncompete that forbid her to do anything in the beauty industry. She planned to take some time off, but soon after selling NYX, Ko became restless.

“I never even imagined that I would be in the sunglass business, but after I sold my company, I became really bored," she says. "So I decided to put together a list of products that I truly have a passion for and that I love because it’s really important for an entrepreneur to get into a business that they have a true passion for. I jotted down a lot of ideas and at the end of the day, sunglasses was the winner.”

Ko is an avid sunglasses collector (she tells me she owns over 100 pairs), so it was an interest she’s always had but never really thought about investing in. It really wasn’t until she took a step back to ask herself why sunglasses were becoming so pricey that she realized she was onto something. “Once I really studied the market, I realized there was a huge gap between a high-end price point sunglass brands and low-price point sunglasses brand, and virtually there was nothing in the middle that was at an aspirational price point. I immediately knew that it was an industry I wanted to be in. It was an industry where I could bring my strong suit which was building a brand within a price category that is an aspirational price point — basically selling really good products at a really good price point packaged really beautifully.”

It’s clear she’s accomplished what she set out to do, and yes, in almost record fashion. PERVERSE is a brand filled with stunning sunglasses in all different shapes and colors that, although affordable, are still super chic. I’m not the only one who’s noticed either. Celebrities everywhere are rocking PERVERSE, from Kendall Jenner to Kate Hudson, to the Queen Bey herself. “When Beyonce wore our Madness, I literally said, 'life complete,'” Ko says with a grin. Celebrities aren’t her main focus, though — Ko wants people who are curious about different sunglass styles to be able to give them a try without worrying about making too much of a dent in their paycheck.

“As I started this business, I realized that people are heavily dependent on 'what is my face shape?' and 'what sunglass shape will look good on me?' I kind of want to break that mold. I was testing thousands of sunglasses and everybody at my company— guys, girls, all different races, and ages — we would all try on different sunglasses and we found pairs that looked universally good on everybody,” Ko tells me. “People are very afraid of round sunglasses, but you’d be surprised by how good it looks on all face shapes.”

Ko wants people to look at PERVERSE as an opportunity to break out of their comfort zone and discover something new about their personal style. “Just go, and be daring and be adventurous and come to a store like ours. We want you to come in and try on as many pairs of sunglasses as you want, have fun, and find the pair that you’re really happy with.”

PERVERSE's latest shop in Downtown Los Angeles officially opens Aug. 18, but the brand is quickly growing across the country, even being sold at your local Ulta retailers. Ko recently posted an Instagram photo of herself kneeling down on the ground to style the shelves of an Ulta display herself. 'There's no "that's not my job.' Always fixing displays. #werkwerkwerk #gratitude #loveit,” her caption read.

According to Fashion Week Daily, Ko estimates PERVERSE's first year sales to hit $15 million. They also reported that the brand plans to open 125 stores in the next five years. With a founder as passionate as Ko and with an offering as diverse and robust as theirs, PERVERSE's future is incredibly bright — so bright, you’ll definitely need a pair of their shades.