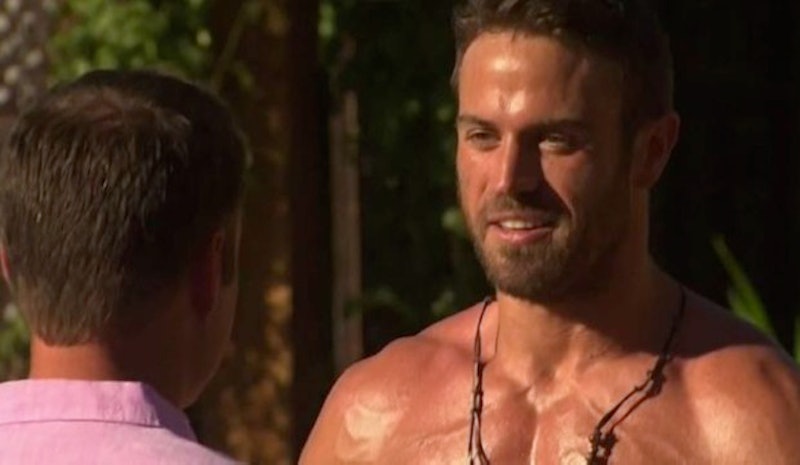 Just when I thought we'd decided once and for all that his behavior wasn't fit for our screens, Chad Johnson is returning to reality television. The controversial personality was widely despised by his fellow contestants on JoJo Fletcher's season of The Bachelorette, and actually kicked off of Season 3 of Bachelor in Paradise, which is currently airing. But we apparently haven't learned our lesson yet, because the Oklahoman luxury real estate agent will reportedly be appearing on Ben Higgins and Lauren Bushnell's spin-off, Ben and Lauren: Happily Ever After. Quick question, Bachelor Nation: why?

The only person in the house who could remotely tolerate Chad during The Bachelorette Season 12 was Canadian Daniel Maguire; everyone else fell somewhere on the spectrum of "vaguely annoyed" to "genuinely fearing for their safety." Whether you believe he initiated the conflicts with his fellow contestants or not, Chad certainly contributed to and escalated them, to the point where JoJo finally had no choice to let him go. But, even then, he returned to terrorize the house as almost a caricature of a villain.

On Bachelor In Paradise, Chad had to be removed from the show after just one night, after his behavior devolved in bizarre threats, drunken attempts at violence, and blatant disrespect of every woman present. (And, yes, there was also that pants-pooping incident.) It was a whole thing, and yet now, here we are, gearing up to see him on yet another reality TV program. What will he do next? That's a question I'm not even sure if I want answered or not.

Chad's role on Ben & Lauren is currently a mystery, but I can't imagine that he has any input on what kind of cake Ben and Lauren should have at their wedding, or what Ben should do instead of running for office. And, if he does, it probably won't be very good input.