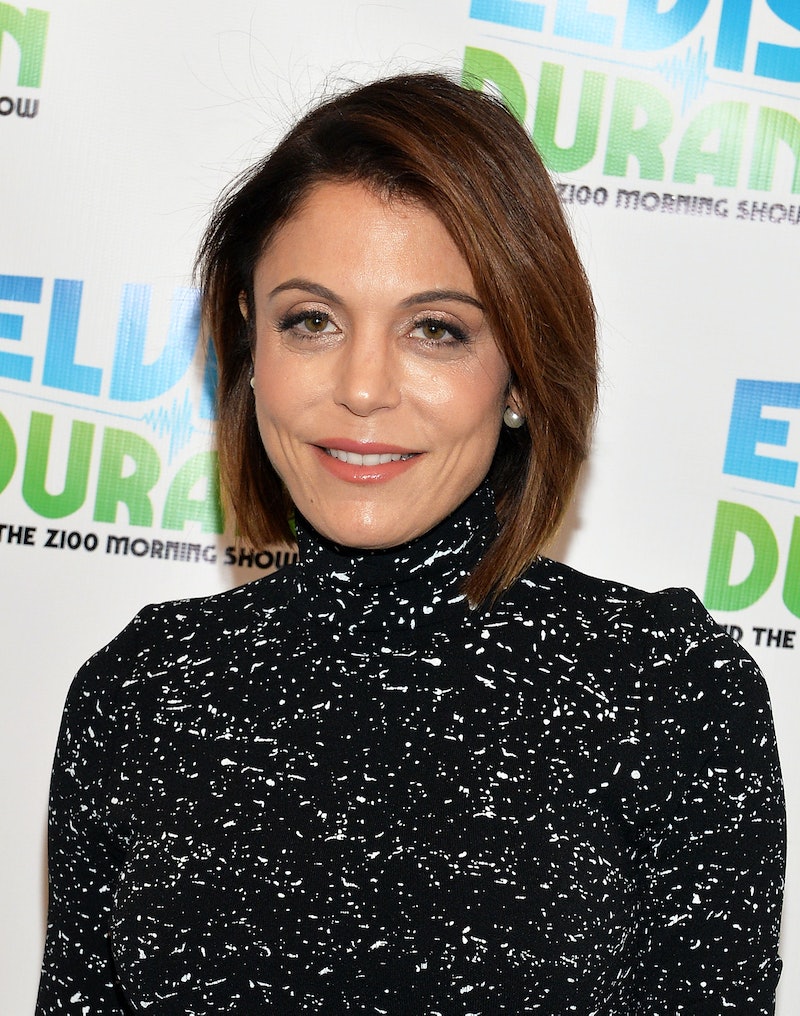 Instagram is a place for people to put their lives on display. Whether that means showing off their time on vacation, capturing what they eat on a daily basis, sharing photos of their family, or bragging about their love lives, IG is a way to make your life public. Well, not everyone who has an Instagram account uses the social media network for those reasons, including one Real Housewives of New York City star when it comes to her personal life. So, when you see Bethenny Frankel posing with her boyfriend on Instagram, it speaks volumes.

On Friday, Frankel posted a picture from an event for the launch of her Skinnygirl watermelon lime margarita. Said picture wasn't of the actual drink, but one of the businesswoman and her new man, Dennis Shields. The two are all dressed up for the party and judging by Frankel's smile, she is really happy. Alongside the image, she wrote, "Beautiful night celebrating the launch of @skinnygirl watermelon lime margarita. #cheers." This is the first time she's shared a photo on her own accord of herself and Shields. Why now? Well, it seems like they are serious and in a solid relationship.

Yes, they've been photographed by the paparazzi and Shields has even made appearances on Frankel's Snapchat and Instagram Stories, but those are usually quick glances, he may be spotted in the background, or she's sitting on his lap sporting a huge diamond.

For the Skinnygirl creator to share a photo of her boyfriend just goes to show you how serious they are. She isn't trying to hide him and he is there for the world to see. It's like Frankel is saying, "This is my boyfriend and I don't care who knows it." Usually, the 45-year-old is an open book when it comes to her life, which comes with the territory of being on reality TV. However, there are certain areas of her life she guards, including her daughter, Bryn, and her romantic relationships. What some might see as a cute photo of a happy couple and something that IG users do all the time, it is so much more.

If you need further proof of just how serious she is about him, during a Season 8 episode of RHONY, Frankel told her bestie and co-star, Carole Radziwill, that she could easily see herself marrying him. To be clear, she did not use his name, but seeing as the two began dating around the 2015 holidays (when the episode was filmed), it's likely Frankel was referring to Shields.

Furthermore, she told People in June about dating Shields, "My personal life is exactly where I want it to be right now. I haven't been this happy in a really long time and I'm continuing with my policy of not involving anybody in my relationships, because it certainly has served me wrong in the past. She then added, "I want to keep it private for as long as I can. It has not worked out with me well in the past to be gushing over being really happy, I'll leave that part to my cast mates."

See? Her latest Instagram definitely says a lot. Basically, Frankel and Shields aren't just casually dating. The fact that she's willing to share an Instagram featuring him is proof that he isn't going anywhere, anytime soon.