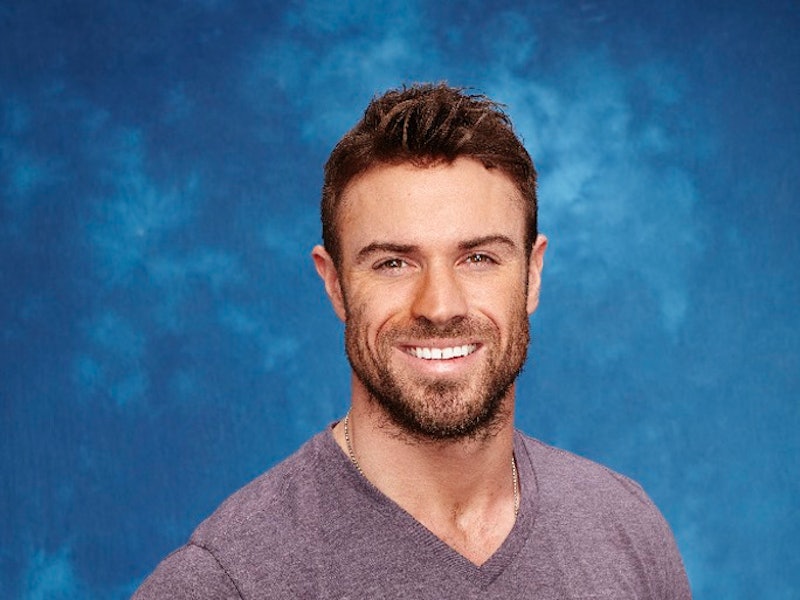 Remember dastardly villain Chad Johnson of Bachelorette and Bachelor In Paradise infamy? One of the more difficult bachelor contestants reality TV has ever seen, Johnson trash-talked other contestants, thought he was being funny when he was just being annoying, gulped down mountains of meat all the freaking time, and got painfully, embarrassingly drunk. But now he's back, but this time, not for any Bachelor series: Chad will actually be appearing on Ben & Lauren: Happily Ever After ?, and it's an appearance that's been raising some serious question marks since it was announced. Namely, if Ben and Lauren are now enjoying a happily ever after (albeit, one with a menacing question mark), what is everyone's least favorite estate agent from Oklahoma doing on the show?

Great question. The Ben Higgins/Lauren Bushnell spin-off will show the pair, who met on The Bachelor, planning their upcoming nuptials, which Lauren says will happen in 2017, according to Hollywood Take. Since reality TV shows thrive on drama, that sounds like far too pleasant a topic for the show, and presumably this is why villain-for-hire Chad Johnson's been picked to appear on the show. Yep, remember Chad's switch from making out with Lace to fighting with her on Bachelor In Paradise? The man's a meltdown waiting to happen, which is I guess what's sort of exciting about his upcoming appearance.

According to E! Online, Chad first met the couple "at the After The Final Rose taping on August 1." If he and Ben hit it off, I could imagine him being one of the groomsmen at the wedding and that he might also be involved in planning the wedding. Think about it: Helping pick out a venue would also be fun if the opinionated real estate agent were involved!

But I might be overthinking it some. After all, what Chad's truly known for is just showing up and making crazy stuff happen, and I'm not sure Ben Higgins and Lauren Bushnell really want him to be a significant part of their nuptials. So maybe he'll just appear for an episode or two for the sheer entertainment value before having a meltdown, storming off and refusing to appear again. Either way, it's sure to be crazy television, so start the countdown. It's only a matter of time before Johnson is back in the spotlight, god help us all.