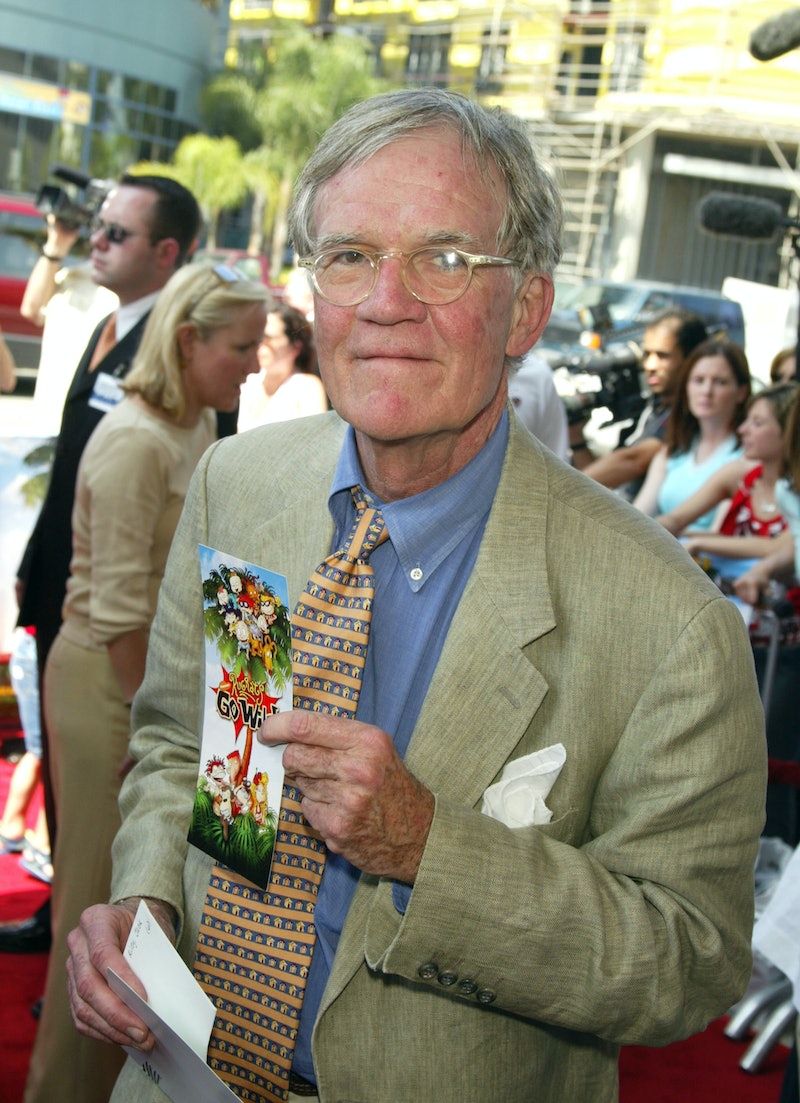 Today is a sad day for '90s Nick fans: Jack Riley, who provided the voice of Rugrats dad Stu Pickles, has died at age 80, Deadline reports. His wife Ginger Lawrence told the site that her husband, who was also well-known for his role as Elliot Carlin on The Bob Newhart Show, died of pneumonia and an infection on Friday, Aug. 19 in Los Angeles.

Rugrats fans, of course, will recall Riley as the voice of the Pickles family patriarch, a well-meaning dad whose wacky inventions were frequently cause for the babies — especially Stu's son, Tommy — to get into a whole lot of mischief. Riley's monotonous delivery of the famous "4 AM chocolate pudding" line has since gained a new life on the Internet, becoming one of the most memorable Rugrats scenes and a frequent meme.

In addition to voicing Stu in all iterations of Rugrats (including All Grown Up! and the feature films), an older generation of fans will widely recognize Riley for his time as one of Bob Newhart's neurotic patients on six seasons of the hit comedy show. Riley also made guest appearances on more of the most popular TV shows during the '60s and '70s, including The Mary Tyler Moore Show, Happy Days, and M*A*S*H. He also had bit roles in several Mel Brooks films, such as High Anxiety and Space Balls.

But to kids of the '90s, Riley will forever live on as Stu Pickles: Everyone's favorite wacky, lovable, purple-haired cartoon dad.

R.I.P., Jack Riley. Hope you're making a lot of chocolate pudding up there.