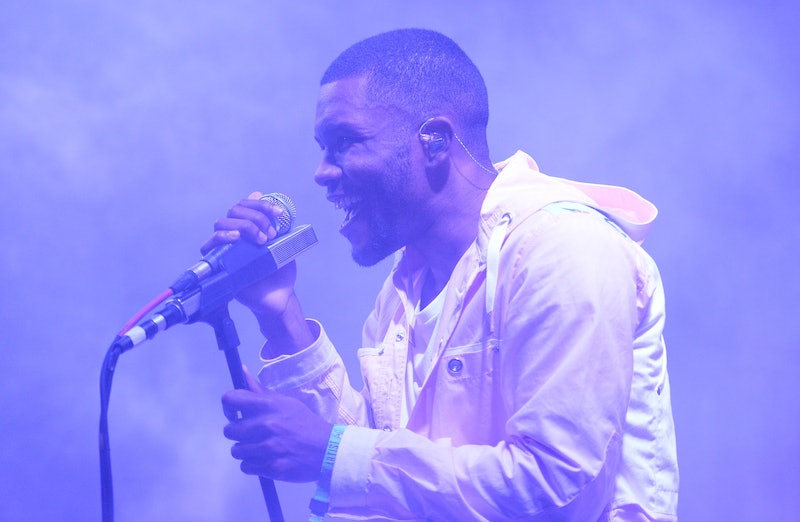 I'm as shocked as you are that I'm writing these words right now, but Frank Ocean has finally dropped his new album Blonde, formerly known as Boys Don't Cry. After we sat through hours and hours of buzz saw sounds and ambient noise in the world's weirdest live stream, for no reason except to prove to Ocean that we're still interested and prove to our bosses that we maybe don't deserve that raise, I wasn't convinced Ocean's sophomore effort would ever see the light of day. But finally, at long last, on Aug. 20, the impossible happened. We. Have. The. Album. For a more than a few minutes there, I was terrified this might be just another instance where I get my hopes up about Ocean and look like a fool, which I've gotten plenty of practice at in the four years since channel ORANGE came out in 2012. But this time, I was rewarded for my patience.

Granted, it's not called Boys Don't Cry anymore, like we'd been promised for over a year, and we did still endure hours of seemingly-random bits of music interspersed with the near-constant cutting of small pieces of wood for god knows what purpose to get to this point, but we have it, and that's all that matters. After all that, a 45-minute visual album called Endless was released on Aug. 19, then a music video on Apple Music and Ocean's website called "Nikes" on Aug 20. Now, during what will be forever known as the Weekend Of Frank Ocean, Blonde was released exclusively to iTunes. While I should be happy — and don't get me wrong, I am! — I'm also so shocked that I almost don't know what to do do with myself. I didn't think it could get more exciting than that moment he left the work bench to go get a bottle of water across the room, but this is a whole new world, and I can't wait to dive into it.

The 17-track album is available on iTunes now.