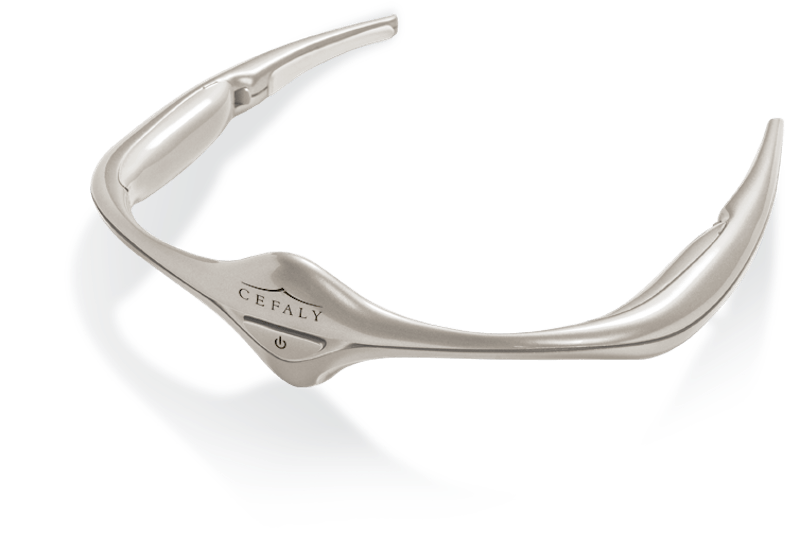 Now that Lupita Nyong'o has made headbands cool again, it seems everyone wants in on the fun, including science. The FDA has just approved a new battery-powered headband that helps prevent migraines. That's even cooler than the one Nyong'o wore to the Oscars!

But in all seriousness, this is a big deal. About 36 million people in the U.S. get migraines, yet there is still no cure for them. Treatment usually involves trying out different types of medication, everything from painkillers to seizure meds, and managing lifestyle factors that can make migraines more frequent. But all of these drugs come with major side effects. And since no drug has ever managed to stop migraines altogether, they remain a very large, very painful problem for millions of people.

The new headband doesn't completely eliminate migraines, but it provides the first drug-free treatment to see such major results. The device, designed to be worn for 20 minutes a day or less, works by sending low electrical signal to stimulate the nerves associated with migraine pain. For over a third of migraine patients it reduces the frequency of the attacks by at least 50 percent. So even though it doesn't do anything to make migraines less severe, this is still pretty huge.

The device, called Celafly, is manufactured by a Belgian company and is already available in Europe and Canada. Now that it's received FDA approval, it should hit American shelves soon and will probably cost about $250, assuming it's similar to the price elsewhere. Most people who participated in a study to test it said they'd be interested in buying it, though others reported they didn't like the sensation it gave them while wearing it.

But what makes this new product so exciting isn't just the results, but the fact that it could represent a whole new direction for migraine research. While doctors and researchers have been trying for quite some time to develop better treatments, the focus has always been on drugs, though no one has developed drugs to treat migraines specifically. But Celafly may now change the way researchers approach the problem.

So will there soon be a wide variety of electrical devices looking to stimulate your migraines away? Only time will tell, but it would certainly be awesome. Because if there's one thing the world can agree on, it's that migraines suck.