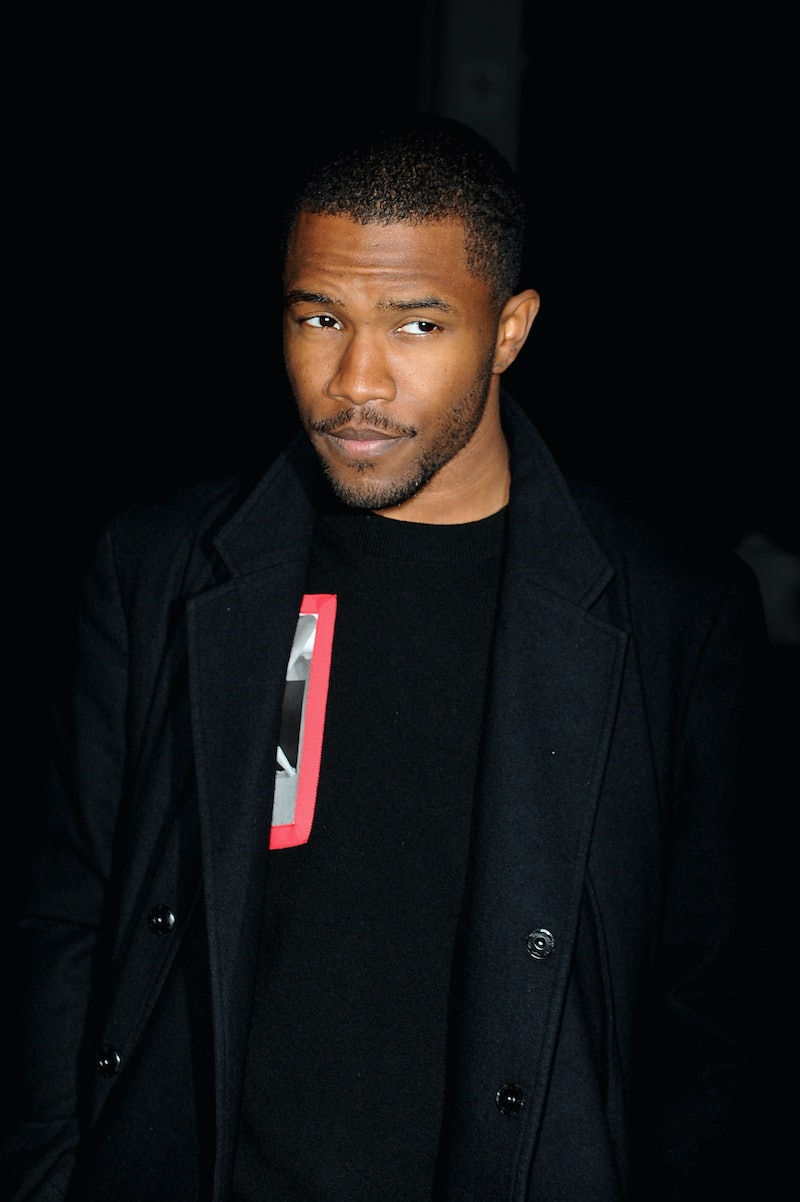 While the release of Frank Ocean's Blonde has answered a lot of pertinent questions, like for instance, "where the hell has Frank Ocean been?", it has also opened up the door for a whole new slew of questions to arise. First, there's the whole figuring out who each song is about and which tracks directly pertains to Ocean's life. But there's also the question of getting to know each person who is featured on the album. For instance, who is Sebastian of "Facebook Story", the man who tells the story of the song's title? Come on, I know you've been wondering, too.

Well, first, let me refresh your memory (though considering that the album just debuted, it shouldn't be too rusty, but it's a lot to take in at once, so you might need the aid). "Facebook Story" starts with a man with a French accent, who Genius has identified as "Sebastian," telling a tale about why a past relationship had gone awry.

I was just telling that I got this girl before. And I was together since 3 years. And em, I was not even cheating on her or what. And Facebook arrived and she wanted me to accept her on Facebook. And I don't want it because I was like in front of her. And she told me like 'Accept me on Facebook.' It was virtual, made no sense. So I say, 'I'm in front of you, I don't need to accept you on Facebook.' She started to be crazy. She thought that because I didn't accept her. She thought I was cheating. She told me like, uh, it's over and I can't believe it. It is crazy because I like her. I'm in front of you, I'm every day here in your house. That's like jealousy. Pure jealousy for nothing. You know, virtual thing.

But just who is Sebastian? Did Ocean just find some random dude who was feeling a way about social media-tainted love? The answer is, no, he didn't (though the notion of that random serendipitous occurrence is kind of whimsical). As it turns out, the man's name is actually SebastiAn, with the second "a" capitalized, and he's a music producer. And quite a good one at that.

If you're unfamiliar with him, here's what to know, according to DJ Mag:

SebastiAn hasn’t released any original material since his own debut album, Total, which was released back 2011, and since then has been producing a variety of different acts including Fall Out Boy, Katerine and Charlotte Gainsbourg.

DJ Mag also alluded to SebastiAn being a part of Blonde in early August, due to earlier "reports" that he was and the fact that he linked to Ocean's website on his Facebook. So his inclusion on "Facebook Story" might not exactly be shocking to those who follow Ocean with a laser focus. But for those who may be more casual about the whole thing, getting to hear SebastiAn on the album might come as a welcome surprise.

SebastiAn seems to be really pumped about being featured on the much anticipated album, if his most recent Facebook post is any indication. On Saturday, he wrote, "FRANK'S OUT" with a link to the album on Apple Music.

And, on Friday, he even changed his profile picture to a joint photo with Ocean. It's in a black and white filter, you know, for effect. Being on "Facebook Story" is a pretty big deal, and fans will now get to know SebastiAn and all his musical contributions.