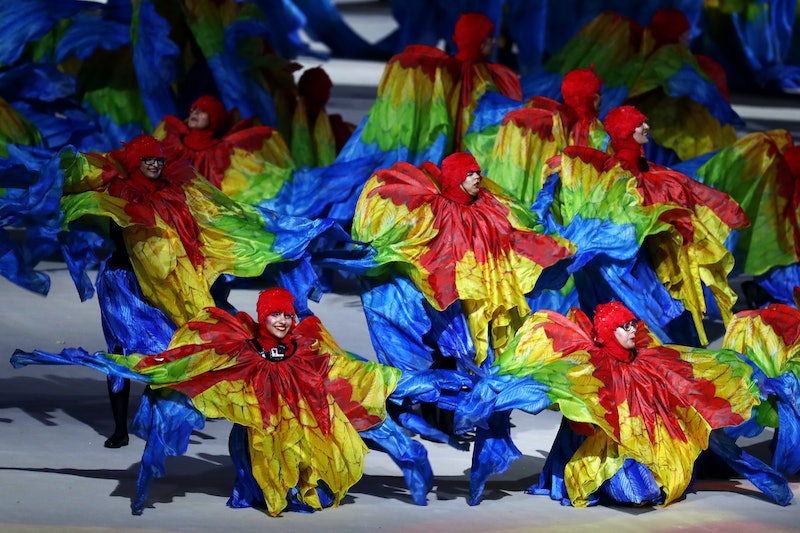 It is easy to associate Rio with tropical bird, especially if you are a fan of animated movies. However, while parrots and other brightly-colored feathered friends didn't make an appearance at the Summer Olympics until the last possible moment, it was so worth it. What were the best parrot memes and jokes from the Rio Closing Ceremony? The Olympics ended not with a bang, but with a squawk.

From Britain's shoes, the dabbing, the rain, and even an appearance from Super Mario, the Olympics "after party" gave us plenty to talk about on social media. The artistic delegations from Brazil and Japan guaranteed some memorable moments. But honestly, the whole world contributed to the meme-able moments in the Closing Ceremony. Tonga's flag bearer was back at it again. I now can't wait to "Pokemon Go" to the Olympics in Tokyo, know what I'm saying? Not to be rude, but we were so proud of Rio for pulling the Olympics just until Japan showed up and stole the show. See you in four years, I guess.

However, the dancing parrots that started the show (and the giant parrot that showed up after the vegetable dance, don't ask) were definitely a highlight. Here are some of the funniest observations from the peanut gallery known as the internet.

Too many gems in this Closing Ceremony.

I like her attitude. Be proud of the parrot.

Is it too late for me to fly to Brazil and join in the fun?

I would have agreed, until the green bushes showed up.

8. For Those Who Need To Wait For Japan

Just hang on there, pal!

9. For Those Who Missed The Memo

Honestly, I had dozens of #StyleGoals moments during the Closing Ceremonies. The Olympics are over, and Rio sure showed us that they know how the say goodbye and fly away in style.