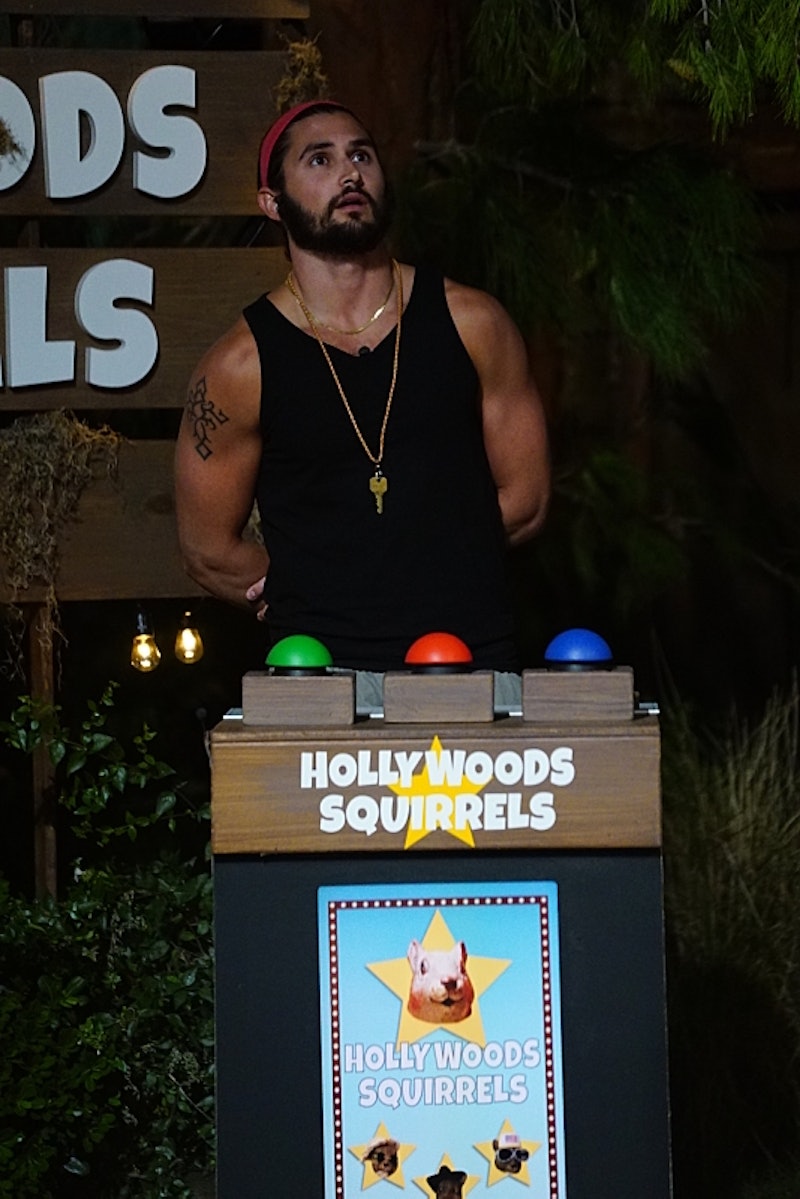 Just as quickly as the Big Brother 18 power players rise to greatness, they can fall even quicker out of favor. Such is the case with Victor, who has had one of the most tumultuous Big Brother 18 experiences thus far. Just when he thought he was safe, it seems forces are again conspiring —once again—to give him the boot. How did this happen? I thought Victor was literally going to emerge victorious after all his Big Brother hardships. How could I be so wrong, fam? This guy has had a target on his back from Day One. Can't we give him a moment's rest? After a week of safety as the Head of Household, he's on the block, perhaps for the final time. Natalie put him up on the block without hesitation and it seems he is the first step in a grand design to secure one of the Showmance Squad members as the winner of Big Brother 18 .

Spoiler alert: Victor's fate became almost completely sealed when Paul won the Power of Veto this week. At the time of publication, we haven't seen Paul's victory but trust me, Paul has a big card to play. Paul holding the Power of Veto could affect Natalie and James' plans to get both he and Victor out as quickly as possible. One this is certain: no matter which way you look at it, Victor is definitely in trouble.

Sunday's episode showed Victor as relatively happy with his position in the Big Brother 18 world. He had fun sitting out a messy Head of Household competition, looked generally cheerful with his fellow houseguests and was busy talking strategy with his closest ally, Paul. Paul and Victor have become attached at the hip of late. This had led to Victor feeling comfy until Natalie pulled the rug out from under him. Now, with Paul holding the Power of Veto, surely he would get Victor off the block and put up a bigger target?

Alas, that doesn't look like it's in the cards. Per the live feeds, it appears everyone but Victor knows that Victor is probably going to go home. Since Michelle nominated Paul, she'll have to choose who goes up onto the block in Paul's place. She can choose either James, Nicole or Corey. Let's be real though: the house majority (aka the Showmance Squad) have Victor and Paul at the top of their eviction lists. With Victor on the block next to one of those low-key houseguests, the writing is essentially on the wall.

But maybe Victor knows that his time is already up? Sunday's episode featured a very awkward moment. Victor walked into the HoH room, only to see Natalie, James and Corey whispering and then falling silent. Victor tried to start up a conversation but the trio wouldn't bite. Cue the awkward vibes, folks.

There's still a lot of game to play in Big Brother 18 and the season finale is drawing closer. Will Victor survive another week or is he doomed to repeat the past?