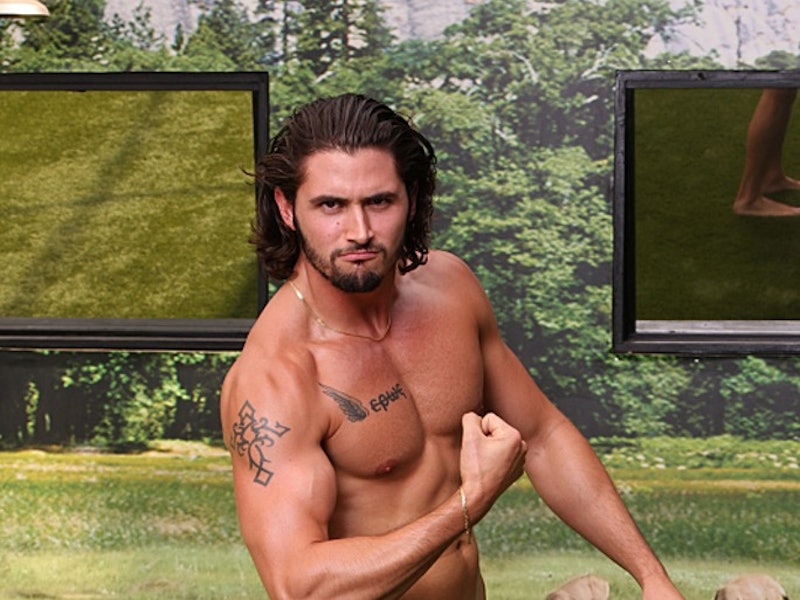 In the pantheon of epic Big Brother speeches, Victor's nomination speech to Zakiyah and Michelle will surely rank among the Top 10. Did you guys even see his brutal takedown of these sweet players? More importantly, did you see Victor tossing those eviction beads? What do they even mean? Victor's vendetta against Zakiyah and Michelle stems from the way they voted when he was up for eviction. Thus, the vendetta became the centerpiece of his eviction ceremony speech. With both women visibly shocked when he turned the eviction keys, the speech that followed was one for the books. He began, "Nine to one: Do those numbers ring a bell?" Did you get chills when he said that? From there, all hell broke loose as Victor enlightened the entire household (but mostly Zakiyah and Michelle) about why he voted the way that he did. Way harsh, Vic. It looks like both Zakiyah and Michelle inadvertently rubbed him the wrong way and now they're paying a big price.

Then, the most brutal moment came. With Zakiyah visibly ticked off and Michelle full-on crying, Victor proceeded to whip out two bead necklaces and toss them to each of the women. Say what? It was like full-on Mardi Gras in the Big Brother 18 house, yet this occasion was anything but celebratory. Victor claimed to be giving the necklaces in hopes that this eviction nominations wouldn't ruin any friendships. Let's be real: those friendships are ruined, Vic.

To date, this Big Brother 18 nomination ceremony may have been the most personal. While Zakiyah and Michelle have painted themselves into some gaming strategy corners with their various alliances, fights, and emotional moments, it was Victor openly voicing his distrust of both of them that really pushed some personal buttons. There's no doubt that the days leading up to the double eviction are going to be tense. Those bead necklaces will only serve as a reminder to everyone that the days of playing nice are over.