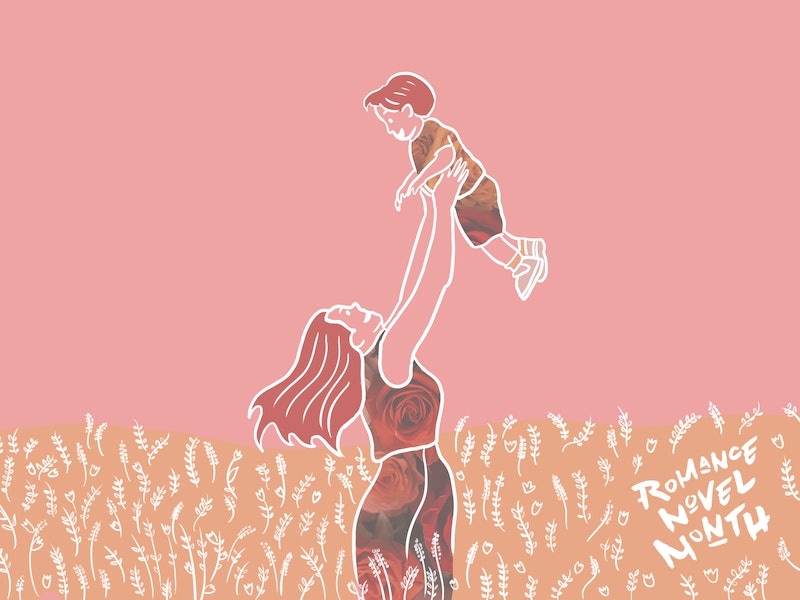 As a child, I often saw my mother reclined on the plaid couch in our basement, engrossed in a romance novel. If I tried to interrupt her, she’d tuck her book under a cushion before tending to me. She really didn’t need to hide anything; I had no desire to touch her “girl books” anyway. I was in my single digit years, and for me she bought other books, primarily about outer space and sports.

As I grew into adulthood, I stayed focused on allegedly respectable material: serious nonfiction, the classics, the right newspapers. I became a journalist specializing in the environment and China. My crowd is a self-serious one with little patience for fluff. Among most of my professional colleagues, romance novels are considered sentimental, laughable, a waste of time.

So, once I was old enough to cast judgements, I came to one: my mother had wasted a lot of time. Time spent browsing romance novels in grocery stores and pharmacies, time chasing salacious jolts with imaginary men, time that could have been spent more productively.

Maybe if my parents had stayed together, I wouldn’t have cared. In their twenties, before me, they were a picture perfect couple, theirs a wide-eyed young love. I was their long-awaited firstborn, and according to my mother, the first few years of my life were some of the happiest of hers. She’s radiant in Super-8 films and yellowing photos, beaming in ways I rarely saw in adulthood. There I am, playing in the garden. There we are, all smiles, posed on a beach. But around my tenth birthday, it all went wrong. My father strayed, my mother struggled with depression, and my father won custody of us three kids in their inevitable divorce. On the weekends, we went to her. She tried her best, but our time with her was often tinged with sadness, knowing that we were going back to a day-to-day life in which she had almost no part.

My father remarried twice; my mother remained alone. As a child, I learnt to hide and even be embarrassed of the turmoil, and especially my mother’s loneliness and those hours she spent hidden away with her romances. Why didn’t she go out, get a job, go on a few dates with real-life men? As I grew older, and saw her smiling to herself when she reached each happily-ever-after, it became even easier to sniff.

I’m not sure if she knew that’s how I felt. I hope not, but mothers seem to know everything, so perhaps she just kept it to herself. The last time I saw her was in a hospital room, hours before she unexpectedly passed away. She was 68; I was 43.

When I arrived at my mother’s apartment to help sort through her things, I didn’t know where to start. So, as I did as a child, I wandered over to her bookshelf. There were fifty or so books on it, and most were romances.

I’d bought some of them for her, choosing mostly on the basis of how little embarrassment they’d cause at the cash register. (Heaving bosoms and sinewy chests, no; flowers and landscapes, yes.) I’d figured one romance was as good as any other.

My mother, however, had given the titles a lot more thought. Her hands had lingered over these books, evident in the folded pages, the worn covers, the cracked spines. I gathered a few titles up, and placed them in the “toss” box. Then I picked them back up, shoved them in a duffle bag and put it aside, feeling like I was hoarding something illicit.

“Snob,” my wife called me, and I knew she was right. Why did I care who saw me with my mother’s romance novels? When did only reading serious, complicated books make you an admirably serious and complicated person? Who did I have to impress?

It’s a bad way to go about life. You lose your capacity for empathy, and I had lost mine. Focused as I was on dismissing her romances, it was easy to forget that my mother did read the things I liked. After all, my first exposure to the classics was also through her, starting with her Iliad, a summer obsession for a martial-minded boy. She took pride in knowing it, and the role she played in creating my writer’s life.

In the days following her funeral, her novels remained in the backseat of my rental car, waiting for a decision. I felt as if I’d spent the years missing who she was entirely. She lived alone, mostly, and I spent the better part of a decade working in China, away from her. But as I spoke to her friends, family and neighbors, she re-emerged to me as someone I really had to know, again. A teen beauty queen, she was brains, too. Lots of them, in fact. She was brilliant and funny, laughing hard at dirty jokes although she didn’t often tell them. She was also the person who everyone went to with their problems and secrets. In fact, so many secrets died with her that she might have made a living as an extortionist had she not been so sweetly natured.

One night, on a long drive by myself, I figured that if her Iliad could open a world to me, her romances might explain something, too.

I rummaged through the duffle and picked up the most battered book – Born in Fire by Nora Roberts. When I opened it, sentiment spread out before me. It begins in a small-town Irish pub “among friends and laughter.” A father and daughter share a dance and then, a few pages later, he dies in her arms on a cliff overlooking roaring seas. I rolled my eyes, but despite myself I couldn’t stop. Maggie Concannon, the lead, is what we’d all want to be: independent in work and life. She’s a fiery artist with no need of a man or collectors, but fully capable of having both when she feels like it. Then along comes the wealthy and handsome Rogan Sweeney. “Sex and power generally depend on the woman,” Maggie tells him early in the book, and Roberts devotes the book’s nearly 400 pages to making a case for it.

I’m sure my mother liked Maggie Concannon. I did, too: I read to the neatly-tied happy ending. Later, I bought the two sequels (arguably, even better).

I went on a roll. A son seeking answers about his mysterious mother, but also a reporter on a mission. The romances piled up as I dug into the genre – who writes them, who reads them, and why. Along the way I learnt that the next Romance Writers of America conference would be in San Antonio, which felt like fate. I had work that could bring me to Texas that week, so I asked for a press pass and got it. If anyone could explain why my mother read those books, I would find them at the RWA.

As I expected, there were few male journalists from allegedly serious publications there. But for the most part, I was outnumbered by friendly but skeptical women. What on earth was I doing there? Was I another man planning on writing an essay mocking the books they loved? “Ah, maybe he’s just here to enjoy himself,” I overheard in an elevator on the way to a cocktail party. I attended panels (“How to Write Hot Sex” was a favorite) and signings, took all the free books on offer, and even attended a cocktail featuring male models dressed as cowboys.

But I didn’t really learn anything new until the open-ended Q&A with Nora Roberts. There are short women who seem small in person; and then there are a handful, like Roberts, whose slight stature just makes them feel ultra-concentrated. I was intimidated from fifty-feet away. Why did I go? I suppose I had it in my head to ask her what my mother saw in her books. But she answered it for me, when she described, with a cigarette stained voice, what she wants out of the novels that she reads: “Happily ever after, good overcomes evil.” Why? “Because life’s too short.”

A few hours later I walked out of the hotel and found Roberts standing alone, having a cigarette. Briefly, I thought about approaching her to talk about my mother, and romance. Many of her fans, I’d seen, were late middle-aged like my mom, and she’d treated them like old friends. Surely, she’d have some insights for me, her latest fan.

But at the appropriate moment, I simply froze. Standing there, looking at one of history’s most successful authors – and a mother of two sons - I knew she’d see through me. “Happily ever after, good overcomes evil – and besides, who are you to judge your mother ... boy?” My mother, who was often too soft with me, would never have been so direct. But I wish she had been. Nora Roberts – at least the one in my head – spoke for her. At that thought, I turned and took a long stroll beside the San Antonio River.

In the few years since my mom passed away, I don’t spend much time measuring people – especially those whom I love – on the basis of what they like. If I missed something in my mother, then the shallow member of our relationship was me. But I don’t think she’d hold it against me. Instead she’d probably just go out and buy books for me that she assumed that I’d like, as she always had, hoping they’d bring me the same happiness as her romances.

These days her books sit on my shelves, as much a reminder of her as a photograph. I don’t pick them up much, anymore; but romance isn’t out of my life. In the sleepless months following the birth of our son, my wife took them up. We were tired and cranky, so I didn’t ask why she wanted to read them. It was enough that those books had brought happiness to my mother. There’s no reason they couldn’t bring a little happiness to us, too.