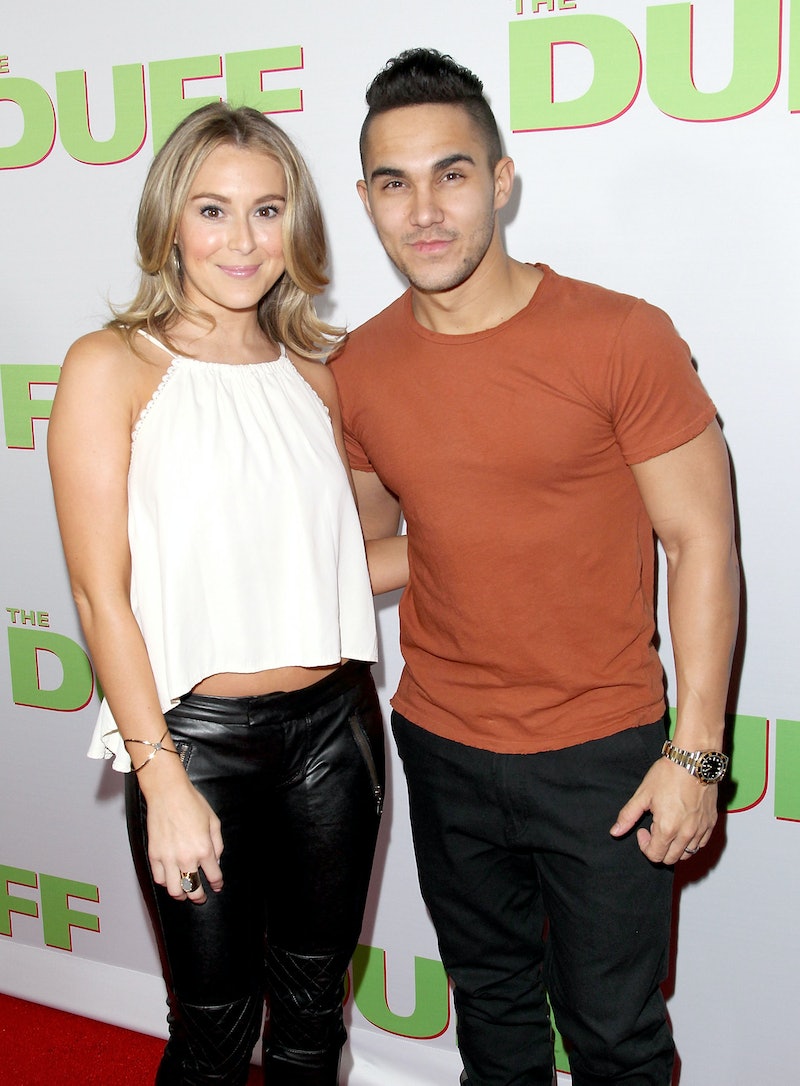 In what seems like a perfect union of childhood stars, Alexa Vega is married to Carlos Pena. You may remember her from Spy Kids and him from Big Time Rush. When they tied the knot, they decided to combine their last names into PenaVega — sweet, huh? The pair is now expecting their first child together. Since they first announced the pregnancy news on Instagram, it's not too big of a surprise that Alexa PenaVega revealed her baby's sex and name in a post on the same app. She shared a picture of her sonogram and wrote,

Ocean King PenaVega. We can't wait to meet this little Blessing. #BabyPenaVega #MyLilMan (For those asking about our name choice... :) -God called the dry ground "land" and the water the "seas". And God saw that it was good.- That is why we went with Ocean. And he is a son of the one true "King". For us it has a beautiful biblical meaning.

This tells fans several things: The PenaVegas are having a son and his name will be Ocean King. They also explained the reasoning behind the name choice, which I originally thought was just a nod to Frank Ocean. In reality, it's not because they're fans of Ocean's new Blonde album or trips to the beach — they chose it for religious reasons. Since faith is important to the couple, it's great they decided on a name with such a special meaning. Personally, I was rooting for them to go with "Spy," so his nickname could be Spy Kid, but alas, they decided on a much better option.

Plus, if you're an avid follower of Alexa on Instagram, you may have guessed the baby name earlier. That's because she posted a super-cute photo with her husband and baby bump lounging by the pool, where the caption gave a major clue. She wrote,

We can't get enough of the ocean!!! Can't wait for all the adorable mini bathing suits we get to pack next year!!! #PenaVegaCruise

Very clever, you guys! There's no way that was a coincidence, since it was posted a few days prior to the name reveal.

The baby isn't here quite yet, so it may be awhile before Ocean is officially introduced to the world. In the meantime, I bet his parents are busy building a nautical themed nursery. That kid could have a fish tank by his crib and walls painted to look like he's living under the sea. With a name like that, why not make the most of it? It opens up a whole world of possibility.

More like this
7 Women Share Their Best Orgasm Stories
By Lexi Inks
'A League Of Their Own' Star Abbi Jacobson Is Engaged To Jodi Balfour
By Jake Viswanath
Why Virgo & Libra Can Make A Great Couple, According To Astrologers
By Kristine Fellizar
Virgo & Virgo Zodiac Sign Compatibility, According To Astrologers
By Kristine Fellizar
Get Even More From Bustle — Sign Up For The Newsletter