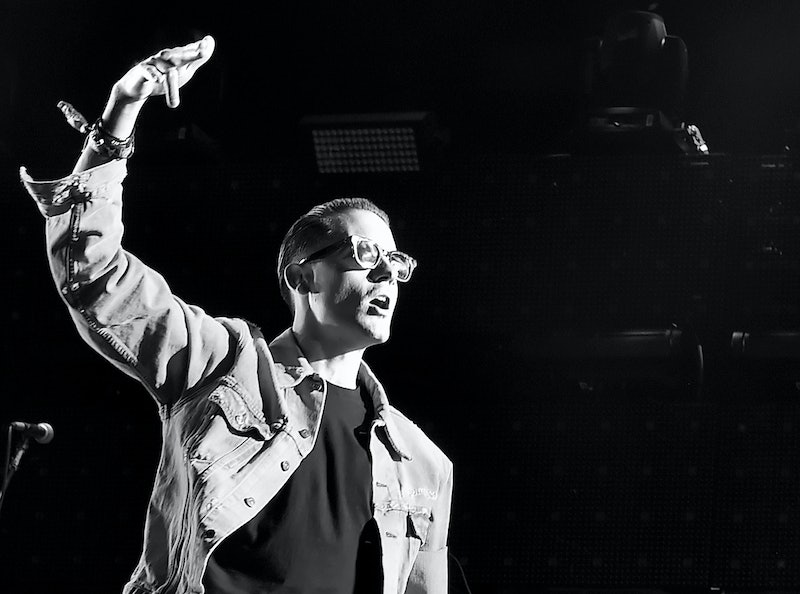 It was only a matter of time before the world became interested in G-Eazy. When Britney Spears released her new single “Make Me” featuring the hip hop star, I went a little fan crazy for this artist, stalking his social media accounts and trying to find out as much about the man as I could. After recently releasing his album When It’s Dark Out, G-Eazy collaborated with Spears on her first big single in years. The whole music thing is all fine and good when it comes to this hip hop star, but what I really want to know is what really matters: Is G-Eazy single?

As much as I want to report that this performing artist is available for the taking, it might not be so simple for those of us who already falling head over heels in love with his look and his amazing music. Because, even though this hip hop artist has been linked to plenty of women in the past, the girl that is crowding his social media accounts these days is Claire Bogle. Of course nothing has exactly been confirmed to be happening between the two of them, but there are definitely enough pictures of G-Eazy and Claire Bogle together to link them in some sort of relationship, even if it’s just professional.

You know, like the one in which Claire Bogle became a legit meme.

In June of this year, Bogle was photographed courtside at a Warriors game, looking super unhappy. Leave it to the internet to circulate that photo as the sad Warriors fan meme, long before Bogle was identified. It seems that the two were connected even as far back as that. I give you the photos of G-Eazy around the same time in a Warriors jersey, performing at a Warriors game, as evidence.

Um, maybe that's why she was there and why she was so miserable? Can we all admit that there has to be more than just a few coincidences at play here?

Bogle also popped up in other posts on G-Eazy’s Instagram account recently, in group shots and in other snaps where she’s covering her face, but that could be because of her profession. As the co-founder of the hip-hop promotional company, Scoremore, it would make sense that Bogle would be running in the same circles as G-Eazy without it being specifically about a romantic relationship.

But, with shots of Bogle running and jumping into G-Eazy’s arms littering the Tumblesphere, I would guess that this is more than just a professional relationship. But that's just my not-so-professional opinion.