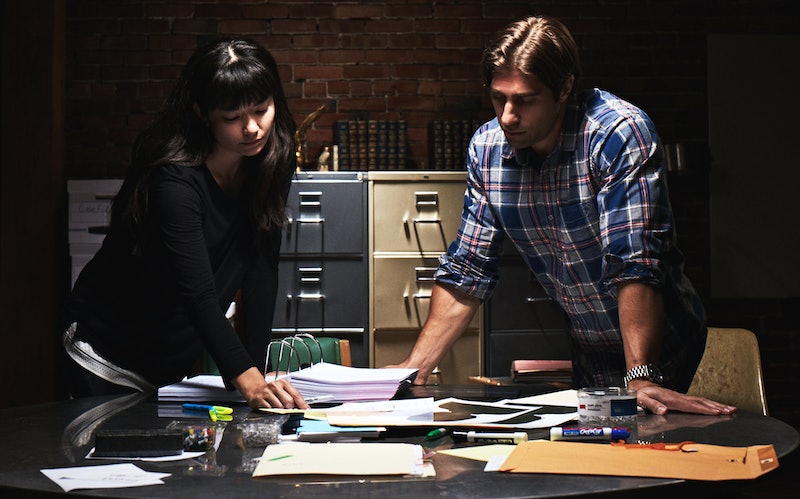 One of the subjects of MTV's Unlocking the Truth, Kalvin Michael Smith, was convicted of assaulting a pregnant store manager, Jill Marker, 19 years ago. But he, and a huge grassroots effort based in his native North Carolina as well as nationwide, claims that he is actually innocent of the crime. Now that Unlocking the Truth is re-opening the door to this case to explore his claims, it's important to know about the other key person involved. Where is Jill Marker now? Sadly, Marker's assault, which left her in a coma for 10 months and deeply damaged her ability to move, speak, or care for herself, has left her out of the conversation surrounding her case. According to The Winston-Salem Journal, Marker has been moved from Winston-Salem, North Carolina, where the assault took place, to Ohio with her family in order to receive "24-hour care."

Marker was pregnant at the time of the assault and gave birth to a son in 1996 while in a coma, according to the Los Angeles Times. The paper also reported that "Marker is paralyzed below the waist, has to be fed through a stomach tube, and breathes with the help of a tracheotomy and an oxygen tube."

Despite her health issues, Marker played a key role in Smith's trial. According to the Los Angeles Times, Marker "nailed" Smith by pointing at him in court to identify that he was allegedly the person who assaulted her. "When she was asked again if the defendant was the man, her father helped her raise her arm to a board and scrawl: 'It was,'" the LAT reported.

Back in 1995, when Marker was attacked, Winston-Salem police officer Arnita Miles interviewed the victim, but according to a 2013 FOX 8 article, the officer no longer stands by a signed 2008 affidavit which claims that Marker said her assailant was a black man. The affidavit contradicted the original report that stated Marker could not describe her attacker. The News and Observer reported that the affidavit was produced 12 years after the initial report and is "the first and only document to allege that the victim, in the first minutes after the attack, identified her assailant as a black man."

The News and Observer also reported that Miles now stands by the original report, which did not describe the suspect. According to the outlet, "If Marker had mentioned a black assailant, Miles said she would have put it in the report." The paper also reported that complaints were filed about the case's prosecutors after the discrepancy was discovered, but that the North Carolina State Bar privately dismissed the complaints in 2015.

Sadly, Jill Marker's injuries at the hands of her attacker have left her unable to contribute her perspective on what happened to her. However, in order for Marker to truly get justice, the truth about what happened on that evening in 1995 must be revealed — even if Smith's claims of innocence are ultimately proven to be false.