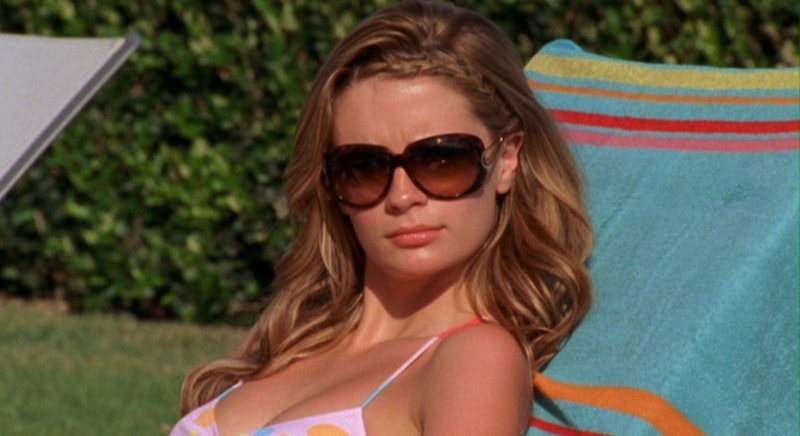 The sunny California paradise of Newport Beach made The O.C. look like it was a land of perpetual summer, but we all know the truth: there was hardcore teen melodrama darkening the place. It’s so easy to watch The O.C. on CW Seed and relate to all the madness plaguing the core four... well, OK, some of it. Watching drama-filled episodes has become a go-to move for me as this season winds down and The O.C. seasons wind up, because those kids find themselves in a lot of intense end-of-summer struggles.

Maybe that’s because typically, the seasons start a few days before the school year starts up, or maybe it’s because California teenagers like closing off vacation with trips to Tijuana. Whatever the case may be, things are always especially bleak when fans check in on Ryan, Seth, Summer, and Marissa. Yet as heightened as those things may be, I can’t help but occasionally relate to them. Take away all the mansions and luxury cars, and you’ll find that the core four are stuck with a lot of the same problems as you and me.

Think I’m overreaching? Take a look at some of the end-of-summer dramas that you and The O.C. have in common.

1. Being Stuck On A Road Trip With Some Friends-Of-Friends Who Listen To Terrible Music

First off: This is not referring to Death Cab For Cutie, because you do not insult Death Cab ever. Instead, you'll probably be wrangled into a Miami venture with some chick who's really emotionally-attached to Celine Dion.

2. Finding Rumors Swirling About Your Fling Of The Summer

You two broke up, but for the month you spent together, it was magical.

3. Trying To Mack It With Your Crush At A Festival But You're Deathly Terrified Of Any And All Rides

Seriously, I don't want to go on the Slingshot to get closer to this person. I don't have the courage or the stomach for that undertaking.

4. Having To Go Back To Your Hometown Out Of Some Unfortunate Obligation

OK, you probably didn't think you got someone pregnant back in May, but there's surely going to be some horrible family barbecue that draws you back to your own personal Chino.

5. Getting Over Being Ghosted... Almost

Summer Roberts doesn't cry about Cohen on a boat, and you don't cry about that special someone who said he wanted to take you out after he got back from LA and then never returned your texts.

6. Getting Into Some Tearful Altercation With The Guy Who Ghosted You

And then you confront him when he somehow manifests at the supermarket and it leaves you crying in the produce aisle screaming, "You only want me when you can't have me!"

7. Trying To Make Your Summer Romance Into A Thing Even Though You're Totally Going To Get Back Together With The Guy Who Ghosted You Come Winter Semester

I mean, you did manage to snatch some sweet-but-boring guy at the boardwalk, so you're gonna try to wait out that situation a little longer. But honestly, do you even care about water polo?

8. Having To Change Schools Because Of An Incident Where Somebody Shot A Guy

Or maybe something less severe than that. Like when I transferred colleges, it was more about a lack of ability to sew (which is very important when it comes to being a fashion design major, apparently).

9. Being Stuck With A Less-Than-Glamorous Post-Summer Job

You could be putting in hours at the comic store... or having cage matches. Whatever it is, it's a lackluster follow-up to your Bachelor's degree.

10. Becoming The Ghoster When You Realize Your Former Fling Is Sort Of Terrible

It may not even be intentional, it's just that you're really emotionally invested in this protest right now and you truly don't have the time for him.

Well, this one's the most universal of all.

Like I said: Though there are some exceptions, but when it came to end-of-summer struggles, the kids of The O.C. were really just like us.