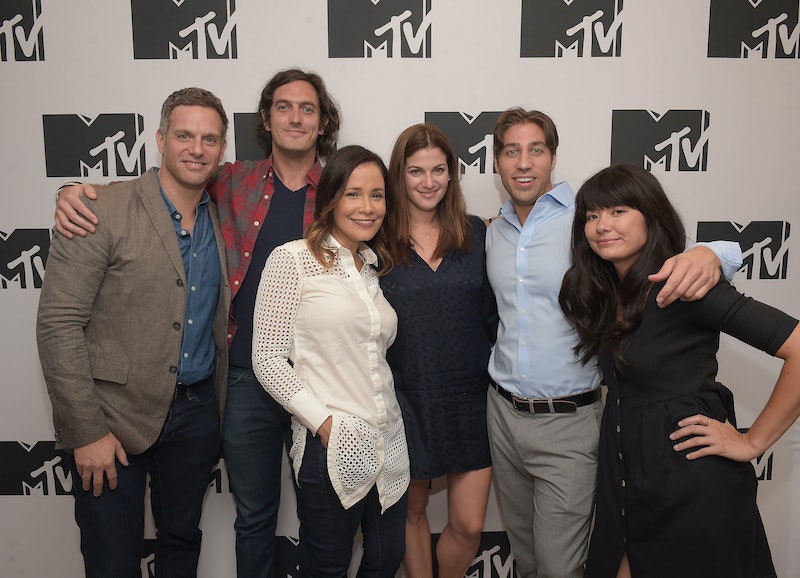 Several cases where convicted subjects claim their innocence are getting national attention thanks to the MTV docuseries Unlocking The Truth. Host Ryan Ferguson was exonerated of a murder conviction after serving 10 years, according to ABC News, so he knows the subject well. Now he and co-host Eva Nagao, director of the Exoneration Project, are using their resources to look into other cases, like that of Michael Politte. According to the Daily Journal Online, Michael Politte was found guilty in 2002 of killing his mother. He was 18 at the time of of the verdict and 14 at the time of his arrest. He still claims he's innocent of the crime. Politte's sisters also believe their brother's claims of innocence. Unlocking the Truth viewers know what happened to Politte's mom, but who is Michael Politte's father?

Ed Politte didn't appear on the first episode of Unlocking The Truth, though his sisters and Michael himself both granted interviews. He is instead slotted to appear in the series' second episode on Wednesday. Chrystal and Melonie Politte told Ferguson and Nagao that their parents had gone through a messy divorce shortly before Rita was killed and Michael was arrested for her death. Ed was present for his son's trial, per the Daily Journal Online. The paper reported that though some family members reacted strongly to the second degree murder verdict, "others sat quietly and watched the proceedings." It's not clear which camp Ed was in.

"We lost our dad too, really," Chrystal Politte told the Unlocking The Truth team of her parents' divorce. "I know he loves us," Melonie added, "but he has a really bad way of showing it." Both sisters claimed that their father's interest in their lives had been "on and off." When Ferguson asked what they meant, Melonie said that they go through periods where they don't speak.

Michael's sisters are heavily involved in his campaign for freedom; they run a Free Michael Politte Facebook page and promote petitions. It's unclear if their father has his hands in any of those efforts, and he doesn't appear to have any kind of online presence. Viewers will want to tune into Wednesday's episode of Unlocking The Truth, when Ferguson and Nagao will sit down with Ed Politte to get his side of the story.