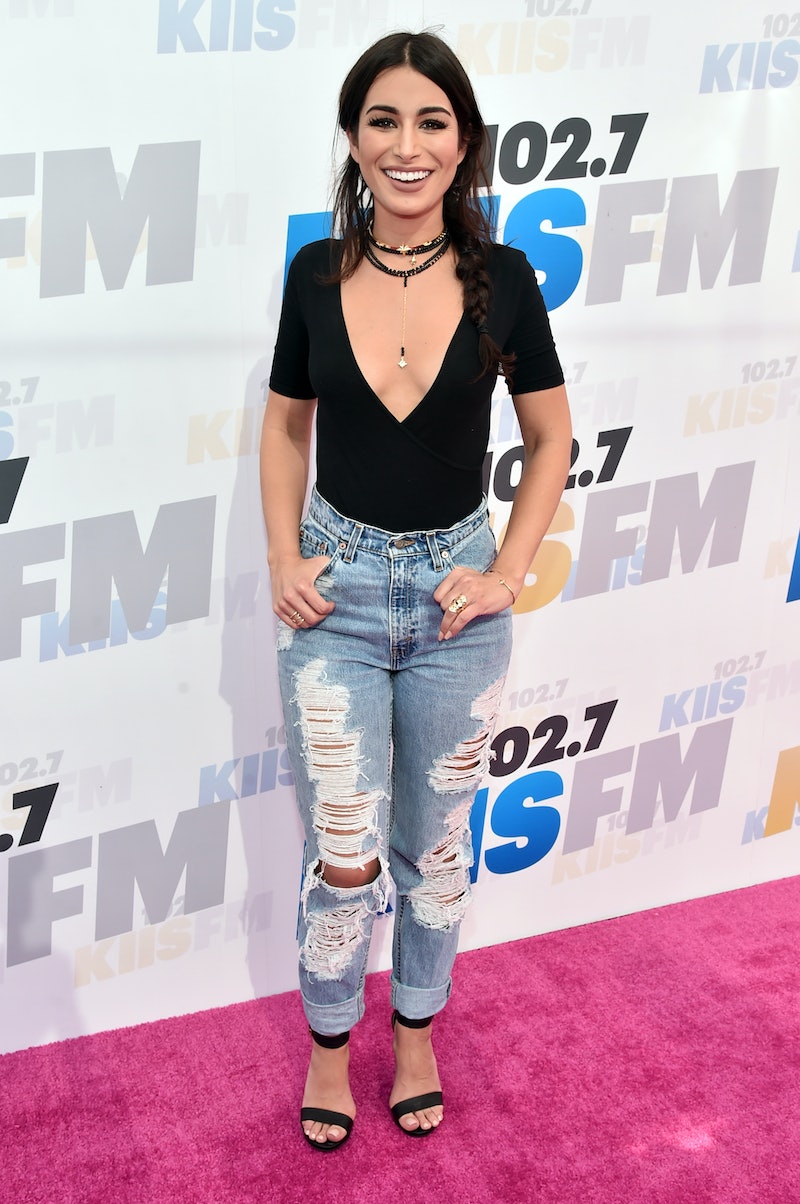 Everyone's favorite Bachelor Nation contestant is back, and if possible, she’s even more entertaining than she was last year. I for one cannot get enough of Bachelor in Paradise' s Ashley Iaconetti. She loves Jared like it’s her freaking job, putting in impressively solid work keeping him away from other women. But what is Ashley Iaconetti's actual job, outside of being on Bachelor in Paradise ? Back in Chris Soules’ season of The Bachelor, her job description was “freelance journalist.” Fans know she got her master's degree in broadcast journalism from the Newhouse School at Syracuse, but she hasn't landed her dream hosting gig just yet. Maybe one day, Chris Harrison will pass his hosting duties on to her, but for now, it appears that Ashley is still looking for the perfect job.

In the meantime, Ashley writes a weekly Bachelor in Paradise recap for Cosmopolitan, which lets her show off those journalism skills. It also looks like she's doing some product advertising on her Instagram page, which is likely pretty profitable for her. She also has a personal blog, which she updates with posts about fashion and beauty products. Those are all good jobs, but I've decided that if her lifelong dream to be an on-camera host doesn't pan out right away, Ashley might want to consider these other options.

If all actors could cry on cue like Ashley can, they would be way better at their jobs. Not to mention how the sounds that come out of her mouth while she’s crying are amazing. Living in LA alongside many wannabe stars, Ashley could totally be the teacher aspiring actors never knew they needed.

Did you hear her on BiP talking about how her life is a romance novel? Well, maybe she should actually write one. It would be like Chris Harrison’s, but a thousand times better. I bet the main character would look like a Kardashian and shed a lot of tears over a guy who’s quite average. Sorry Ash, I still don't understand the Jared thing.

I know she already is a reality TV persona, but throw her on all the shows, and I would watch them. Famously Single, Marriage Boot Camp, whatever — I don’t care. Let’s give Ashley her own show.

They have those, right? If not, she could totally head to Hollywood Boulevard and make tips taking photos as a faux Kardashian.

I have no idea how she does her makeup, but somehow, Ashley always looks good. Even between sobs, her face looks flawless. I could see her gossiping with actors as she does their makeup for movies.

Come on. She could walk into Disneyland and get the role of Jasmine pretty damn easily, I would imagine. She could even put Tenley down as a reference.