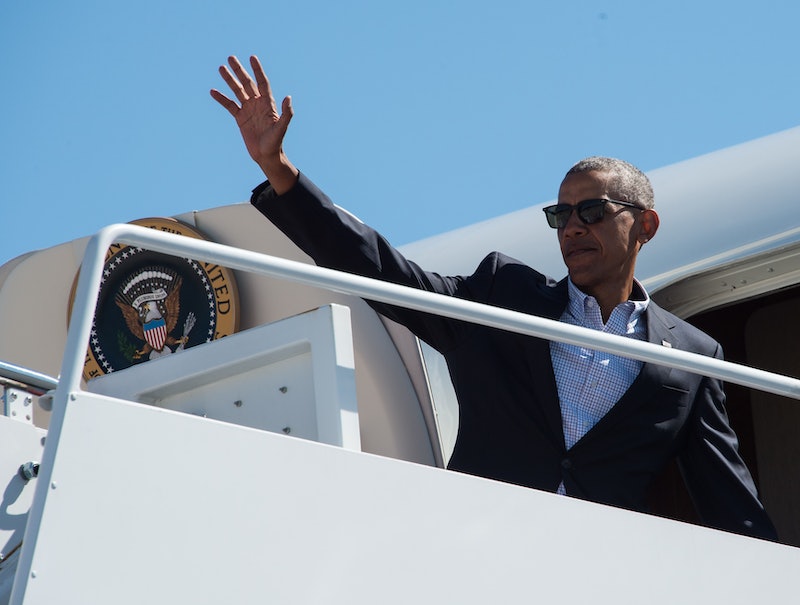 In the world of presidential politics, doing the right thing functionally and practically doesn't always get you as much credit as doing the right thing optically. And for a prime example, you can take a look at the state of affairs in the Bayou State. President Obama's Louisiana visit has been criticized for its lateness, despite the fact that a somewhat-delayed visit to the flood-ravaged state was what Governor John Bel Edwards was on the record as preferring.

It's true that, despite his recent acknowledgment that the weekend visit by GOP presidential and vice presidential nominees Donald J. Trump and Mike Pence was "helpful" in raising awareness about the devastating floods (the awareness was probably more valuable than, say, the Play-Doh portion of his trip). That was clearly the kind of reaction the Trump team hoped for ― that, and to open up a line of attack against President Obama for deciding to finish his vacation before paying an official visit.

But all the same, it's important to remember that Obama wrapping up his family time was actually more or less what Gov. Edwards wanted to happen. In fact, according to the timeline he himself laid out last week, he believed it'd be best if Obama held off on visiting for "a week or two" so as to keep law enforcement resources from being diverted to accommodate his presence.

He's also credited the response by the Obama administration and the federal government, saying that his request for major disaster designations was met with quick action, opening up FEMA to provide federal relief:

I am not complaining about our federal partnership in any way ... I have been in contact with the White House just about every day, with Valerie Jarrett and others.

Of course, regardless of whether or not it make any practical difference or not, and no matter how much you might want to disdain the reality, optics do matter in presidential politics — at least to the extent that they inform the public's view of a politician's priorities, and allow for an opposition party or candidate to mount some attacks.

There's some potential peril all around, to be clear. Given Trump's notoriously opportunistic political style, and the fact that people in the region are still suffering under the worst natural disaster they've faced in years, pressing the attack too much could start to seem exploitative in its own right. From the Trump campaign's perspective, it's important that they bear in mind that their candidate remains wildly unpopular and disliked by a majority of the American public. As such, leaning into his visit could run the risk of souring people about his intentions.

But, for the time being at least, Trump is clearly trying to paint himself as more empathetic and engaged than Obama, who opted to finish up his vacation before touring the state. Over the weekend, the GOP nominee and real estate magnate insisted that "Tuesday's too late," and after news broke of Obama's visit, he took credit for "forcing his hand." According to The New York Times, the White House denied that Trump's visit factored in any way into Obama's coming to the state. At the time of this writing, the Louisiana floods have reportedly killed 13 people and displaced thousands, having destroyed about 60,000 residences.