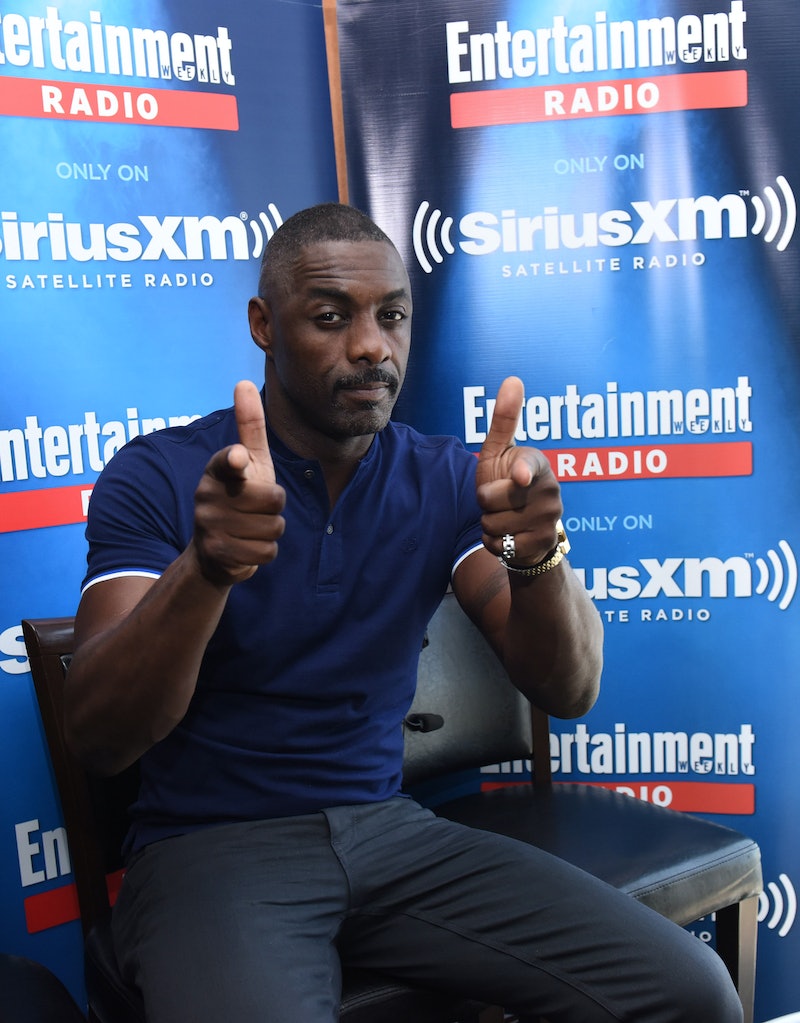 I shouldn't need to tell anyone that Idris Elba is awesome. Not only was he the best thing about Star Trek Beyond, his forthcoming role in the Stephen King adaptation The Dark Tower looks all kinds of amazing. Clearly, it's Elba's time right now, and the British actor is finally getting the worldwide recognition he's long deserved. Apparently, Elba will become a pro kickboxer for a new Discovery series called Idris Elba: Fighter. Deadline Hollywood reported on Tuesday that the new show will take the form of three hour long episodes, and will follow Elba as he undertakes "the physically and mentally demanding task of training to become a professional kickboxer — ultimately competing against a seasoned brawler in a no-holds-barred bout." Which sounds... kind of dangerous, actually.

According to the actor himself, "It has been a lifelong ambition of mine to fight professionally. Entering the ring to further test myself as a human being is a challenge I have been looking to take on for quite some time." I have no doubts when it comes to his potential kickboxing abilities, and it sounds as though his new limited series will give us a much-wanted insight into the actor's personal life. And if the world needs anything right now, it's Elba as a kickboxer, am I right?

As well as taking on high-profile action roles in movies like Star Trek Beyond, the Thor films, and recent releases like Bastille Day, Elba has some previous experience in kickboxing. According to Deadline Hollywood, the actor did some "fitness kickboxing in his 20s," which is hardly surprising considering the actor's physique. Clearly, becoming a professional kickboxer has been an important aspiration of his for a long time, and who are we to deny the man his dreams? The fact that he's inviting us along on his impressive, and slightly terrifying sounding, journey just shows that the actor understands his fan base and is ever ready to connect with them.

Despite being repeatedly touted as Daniel Craig's James Bond replacement, Elba seems more focused on exploring his passions than becoming 007. In recent years, he has taken on several voice acting roles, performing in Finding Dory, Zootopia, and The Jungle Book, which has helped him to reach an even bigger audience, and he recently starred in the factual show No Limits, in which he undertook impressive feats such as drag racing. Personally, I think Elba would be a fantastic James Bond, but, even if that doesn't happen, it's exciting to see him challenge himself, and take on surprising new projects.

Luckily, we're all going to be seeing a lot more of Idris Elba in the coming months, and his latest project sounds like the perfect vehicle for the star. Clearly, he is going to be an incredible kickboxer, and I'm not just saying that because he will hopefully be wearing some delightfully sporty outfits.