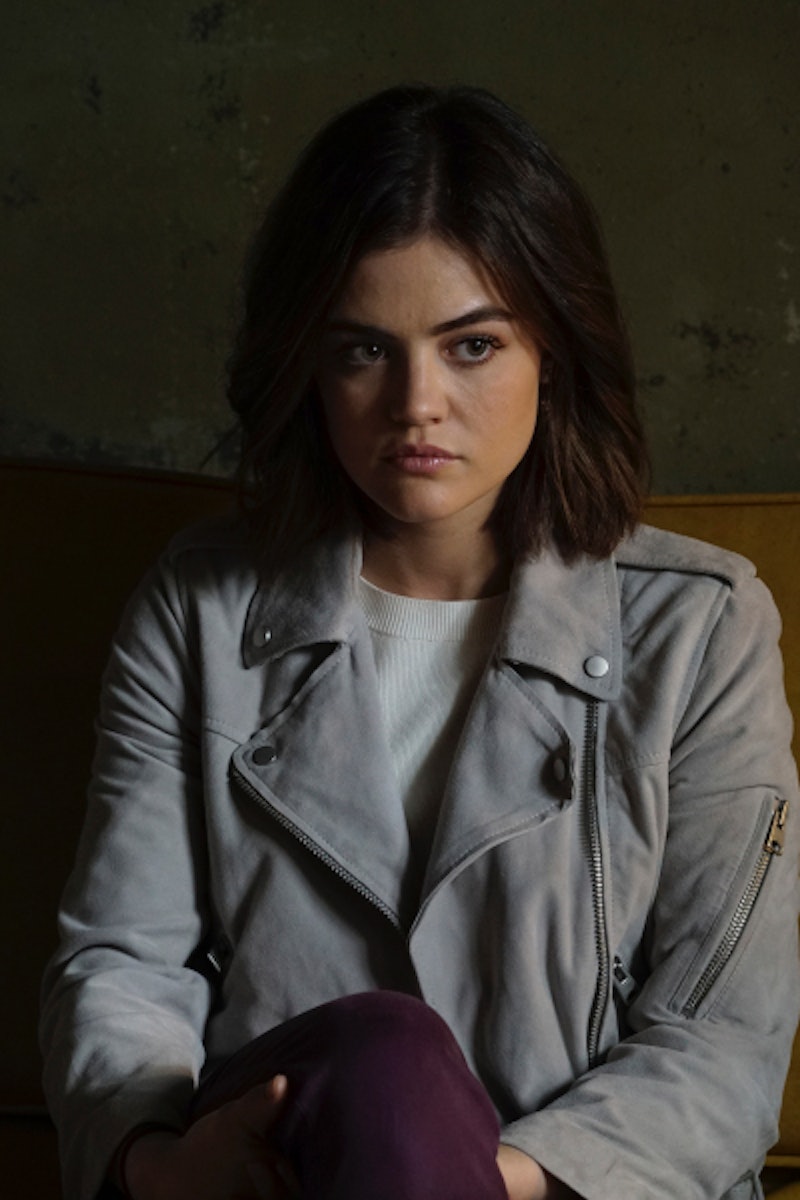 The Hastings family has had their fair share of skeletons come out of the closet throughout the years, but that doesn't mean they're the only other household in Rosewood besides the DiLaurentis clan to be guilty of keeping a few game-changing secrets. So when it was revealed that Mary Drake has another child on Pretty Little Liars , I started racking my brain to try and figure out who this mystery person could've grown up to be. Some believe it to be Spencer given how the child was described as "tenacious" — a quality she's always been admired for. But that theory seems a little too obvious to me, which is why I think Aria could be Mary Drake's daughter instead.

We haven't seen too much of the Montgomery family for the last few seasons, but that doesn't mean they don't have anything to hide. In fact, maybe the writers have purposefully put them on the back burner to help make the upcoming reveal all the more surprising. As of now, we have yet to know who the biological father is to both Charlotte and this other baby and whether or not it's the same man. And that's where my Aria theory really comes into play — because not only do I think it's the same man, but I also think that he's Byron Montgomery's brother, Scott.

Scott Montgomery hasn't been mentioned very much on the show, but from what Byron told Aria, we know he has a history of mental illness, which could have caused him to be sent to Radley. Probably even around the same time when Mary Drake would've been there. Maybe the two of them hit it off and developed a romantic relationship together, hence the two separate pregnancies.

However, I'm ready to take this theory one step further and say that the younger baby was Aria, who was later given to Byron and Ella since neither Mary or Scott would've been able to take care of her. So they decided to pass her off as their own daughter and never let anyone know the truth. Does it sound insane? Absolutely, but that's the kind of thing this show thrives on and would help to explain why the father hasn't even been mentioned yet. Plus, why would the series have bothered to even bring Scott up at all if they didn't plan on incorporating him into the story more fully later on? PLL never does anything randomly, so that conversation between Aria and Byron was done for a reason and this could very well be it.

Spencer may be "tenacious," but she's certainly not the only Liar that could fit into that label. Aria has proven to be quite the go-getter herself (Team Sparia!). Dr. Cochran also noted that along with being a fighter, Mary's second baby was also "underweight." What significance could that hold in helping us find the child's identity? How about the fact that Aria is always being referred to for her tininess on multiple occasions...

Clearly, there's a lot more to this story than meets the eye and odds are we're going to have to wait a while until getting a concrete answer, but based on everything we know right now, all roads seem to point to Aria Montgomery... or should I say Aria Drake? (Anyone else find those A.D. initials very telling?) Suffice to say, the Montgomerys may give the Hastings a run for their money in regards to secret keeping. Only time will tell.