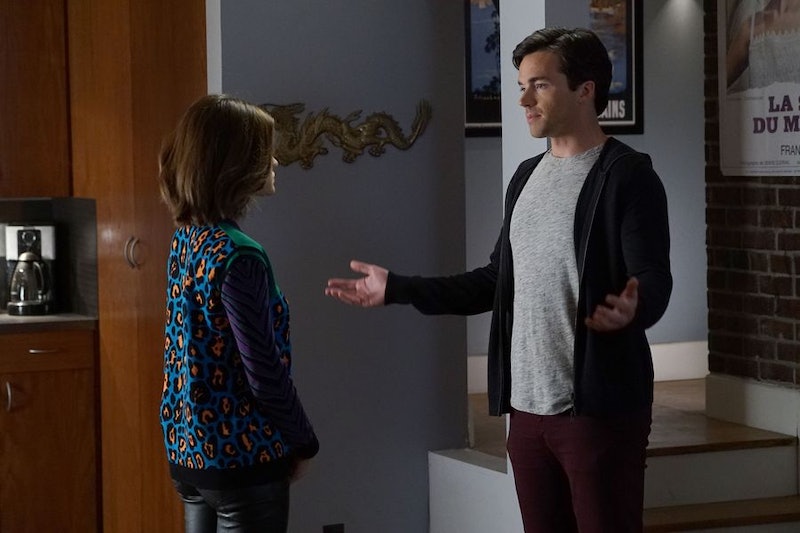 It's been a rough season for Ezria 'shippers. Just when you think these two crazy kids are Venice-bound to tie the knot, those dreams come crashing down around them when FBI agents told Ezra that Nicole could be alive. Not that anyone should wish for Nicole not to be OK, of course, but it certainly threw a wrench into their romantic plans, to say the least. The only question is — will this be enough to ruin their relationship for good? Will Aria and Ezra break up on Pretty Little Liars due to this latest fallout or can their future together still be salvaged? Obviously, I would love to think that things could go back to the way they were prior to getting that phone call, but odds are that if Nicole does return, it's going to cause a major shift in the Ezria dynamic.

The main problem is the fact that Aria lied about deleting that phone call from Nicole on Ezra's phone. Granted, she didn't do it for malicious reasons. She honestly thought Nicole was dead and this was some unfortunate misdial from someone who got their hands on her phone. But regardless of how good her intentions were, you could tell it had an major impact on Ezra once he found out. However, it wasn't all bad news for this couple. At the end of the hour, Aria surprised Ezra by trading in their Italy elopement tickets so that he could go to Colombia and be right there if Nicole is alive. That gesture may not have completely made up for the lie that she told, but it certainly helped to get them back on more even footing for the time being.

Speaking on behalf of someone who has watched this kiss scene multiple times (the exact number isn't important), let me assure you that this steamy moment held a lot of meaning and showed just how much love there is between these two characters. But when you live in a drama-filled town like Rosewood, sometimes love just isn't enough to keep a relationship going.

In the promo for Tuesday's episode "The Wrath of Kahn," we see Aria in bed with Jason. Sure, this could very well just be a flashback to a hookup they had during the five-year time jump, but even if it is, that's still one more thing that put her already rocky engagement with Ezra over the edge since it's yet another detail she neglected to share with him. Then again, maybe this isn't a flashback at all, which means a grief-stricken Aria could end up leaning on Jason for comfort. Either way, it doesn't exactly spell out good news for Ezria's potential fate.

Then, of course, there's the official synopsis for Season 7A finale episode "The DArkest Knight" to consider, which states that:

Some viewers think the discovery could be that one of the Liars finds out that she's pregnant, and if that's the case, it could very well be Aria who finds herself with a bun in the oven, which could further complicate things with her fiancé. Either way, though, I wouldn't expect a quick reconciliation anytime soon. Too much has happened to just sweep it under the rug.