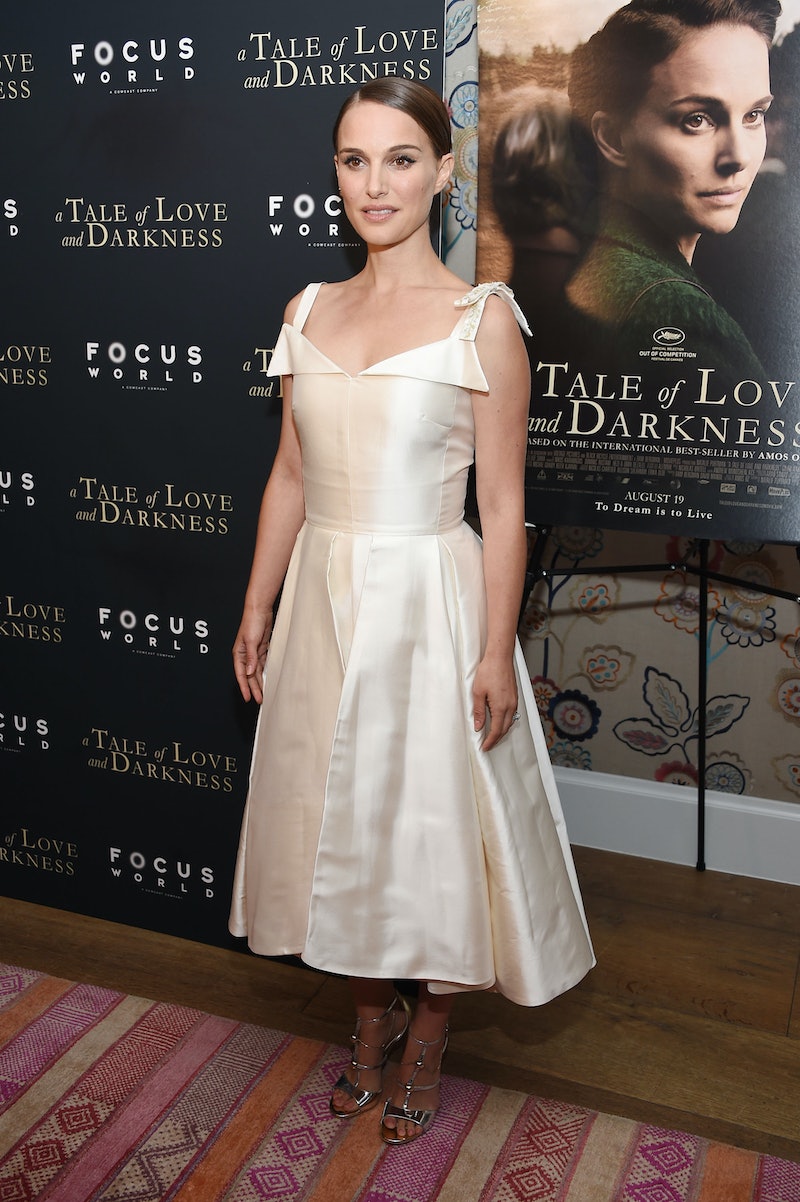 If Natalie Portman and Lena Dunham were as close as Taylor Swift and, well, basically everyone except Kimye, they'd be running the damn world. Portman recently gave a shoutout to Dunham, who inspired her in directing her first film, 2015's A Tale of Love and Darkness, about Jerusalem (Portman's native city). The actress told Entertainment Weekly that Dunham was a huge inspiration for her to sit in the director's chair, dismissing fear of Hollywood sexism and anxiety that the movie would be viewed as a "vanity project." But are Portman and Dunham actually friends?

In the interview, Portman recalled seeing Tiny Furniture, which Dunham wrote, directed, produced and starred in, causing her to tear up, proud of this fellow woman's accomplishment. Her words didn't stem from a friendship or history with Dunham, but from pure respect and admiration.

"This young woman has no fear of [saying] 'I did it, I did all of this.' And it was so good," Portman said. This wasn't, however, the first time Portman has given a nod to her colleague. Her recent interview is getting a lot of buzz, but she's had Dunham on the brain for quite some time now. Last year, while gearing up for A Tale of Love and Darkness, the actress initially told The Guardian about her experience seeing Tiny Furniture, expressing her fear of not being taken seriously as a female director.

She told the publication she was motivated after seeing females younger than she, like Lena Dunham, Greta Gerwig, Brit Marling "[j]ust creating their own things." She recalled seeing Tiny Furniture's credits for the first time, saying, “It’s a very female thing of being afraid to say: ‘I’m the boss, and this is how I want it.’”

It's too bad these two haven't really hung out (at least not publicly), because, like I said, they would be a beastly machine of female greatness. Both Dunham (30) and Portman (35) are super educated, as Dunham has a degree in Creative Writing from Oberlin College and Natalie Super-Genius Portman graduated from Harvard with a degree in Psychology only to continue education at Hebrew University of Jerusalem. Speaking of, Dunham, who identifies as a "half-Jew," and Portman, who's frequently spoken to her Jewish heritage, could continue representing this U.S. minority and express their opinions on Judaism... but together.

From politics (like Dunham's TIME essay on Hillary Clinton) to modern anti-semitism (which Portman spoke to in a 2005 interview), these women have been extremely opinionated, vocal, and enlightening on issues they're passionate about. I have no doubt they would school the world if they joined forces. Or just started by grabbing a drink or two.