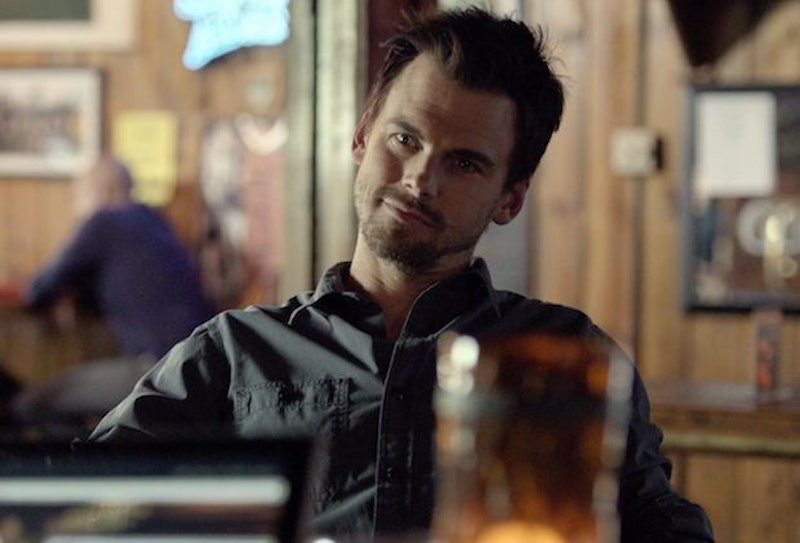 Fall is just around the corner, which means all of the shows that have been occupying our thoughts and TV screens throughout the entire summer are now slowly coming to a close — one of which includes Hulu's popular sophomore series, Casual, which wrapped up its highly emotional second season finale this week. And while some of us (myself included) may still find themselves fighting off tears from the events that unfolded, it's also left many wanting more. Thankfully, we do know for a fact that we will get more episodes eventually since Hulu renewed Casual for a third season back in June. But as for when Casual Season 3 will premiere, a precise date has yet to be locked down, though, we do know it will air sometime in 2017.

Unfortunately, that doesn't exactly narrow things down much, considering that leaves 365 days open for consideration. However, the good news is that the writers will start getting to work at the Season 3 script as early as October, according to a recent interview Entertainment Weekly had with Casual creator Zander Lehmann. So it's possible we could be looking at another early June debut, much like what we saw with Season 2. But that still leaves us with a quite a bit of time on our hands, so if you're looking for a new TV obsession to help fill your Casual void, I just so happen to have a few suggestions...

This Netflix original centers around a couple who try to navigate their way through commitment, communication, and this crazy little thing called love. Is there anyone out there who can't relate to that?

When it comes to dysfunctional relationships, no show tackles that complicated road better than UnREAL. You'll never be quite sure whether you love or hate Rachel and Quinn, but that's kind of the beauty of it. It's chaotic, it's messy, it's manipulation at its finest.

If sarcasm is what you're looking for then Billy Eichner and Julie Klausner have it in spades in this Hulu original series that shows you the highs and lows of two comedians trying to garner success in the big city.

I mean, it's a show that stars Aziz Ansari. Do I really need to say more than that?

Aging can be a fickle thing, especially for women who are driving to reestablish themselves in a millennial-centric world, which is what makes Liza's journey so compellingly real. Granted, lying about your age is never usually the right answer to anything, but in this particular case it just goes to show that age really should be thought of as nothing but a number.

These 20-something BFFs will instantly make you fall in love with them from the very beginning and prompt you to immediately pack your bags and move to the Big Apple with your bestie.

A show centered around a woman who is a mother, has a successful career, and a healthy sex life all at the same time? How is that even possible? (*Insert sarcasm here*) Basically, Mindy is the best and deserves your full attention ASAP.

So put your Casual woes on hold for a bit and check out some of these other amazing shows. I promise you, you won't be disappointed.