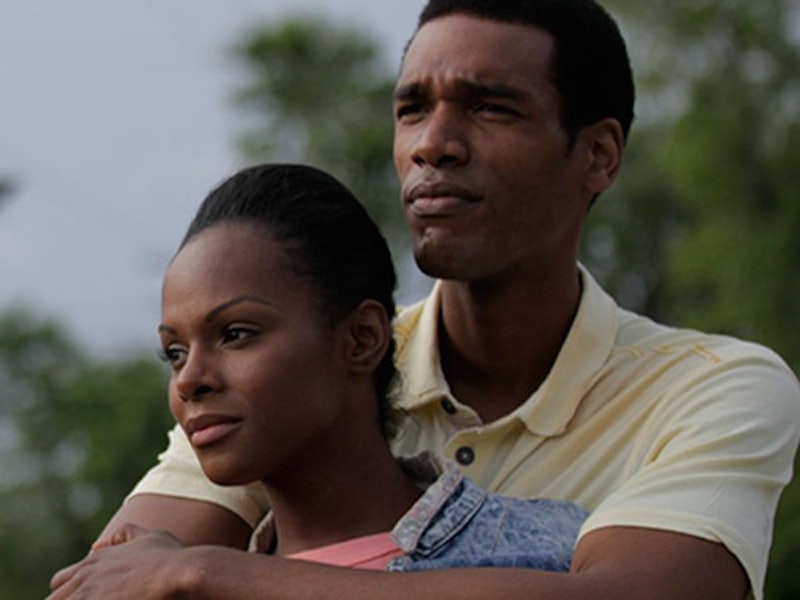 If you polled Americans about who their favorite and most influential couple would be, I don't think there's any doubt as to who would come out on top. But after Jay Z and Beyoncé took the number one spot, I'm sure the president and first lady would come in second. I'm kidding of course. Barack and Michelle Obama have been a huge inspiration over the past eight years both in their professional and personal lives, and now the pair are getting the Hollywood treatment in the new film Southside With You. But how do the real Obamas compare to the Southside With You actors?

The thespians with the unenviable task of portraying the residents of 1600 Pennsylvania Avenue are Tika Sumpter (Michelle) and Parker Sawyers (Barack). The pair portray the Obamas as they were in 1989, when they went on their first date together in Chicago. And everyone involved with the film went through great efforts to ensure that the actors actually resembled their subjects. "We researched the hair at the time and the outfit and her eyebrows,” Sumpter told Andrea Mandell of USA Today. “And I have her skin tone. We just wanted to make sure you knew, 'OK, that’s Michelle.'" Even more striking is the resemblance of Sawyers in the film to a young President Obama. "He sounds like him, too,” Sumpter said. “And he kind of has this swag of a Barack. When I met him, I was like, 'Stop doing that! You’re scaring me!'" So let's have a look at how they compare.

Tika Sumpter & Parker Sawyers in Southside With You

OK, the actors' look is pretty spot on in the film, but that's kind of the point. So what about Sumpter and Sawyers outside of the film? Are they getting stopped on the street and mistaken for the president and first lady? Probably not.

As you can see, Sumpter doesn't look much like the first lady at all when out of character. Instead, she looks like a movie star and a model, which makes sense since that's exactly what she is.

Sawyers certainly shares more of a natural resemblance to Barack than Sumpters does Michelle (the ears and eyebrows are pretty on point), but he still isn't a dead ringer for the president when he's out of character.

Tika Sumpter and Parker Sawyers do a phenomenal job of imitating the Obamas in Southside With You, but in their day-to-day lives? Eh, not so much.