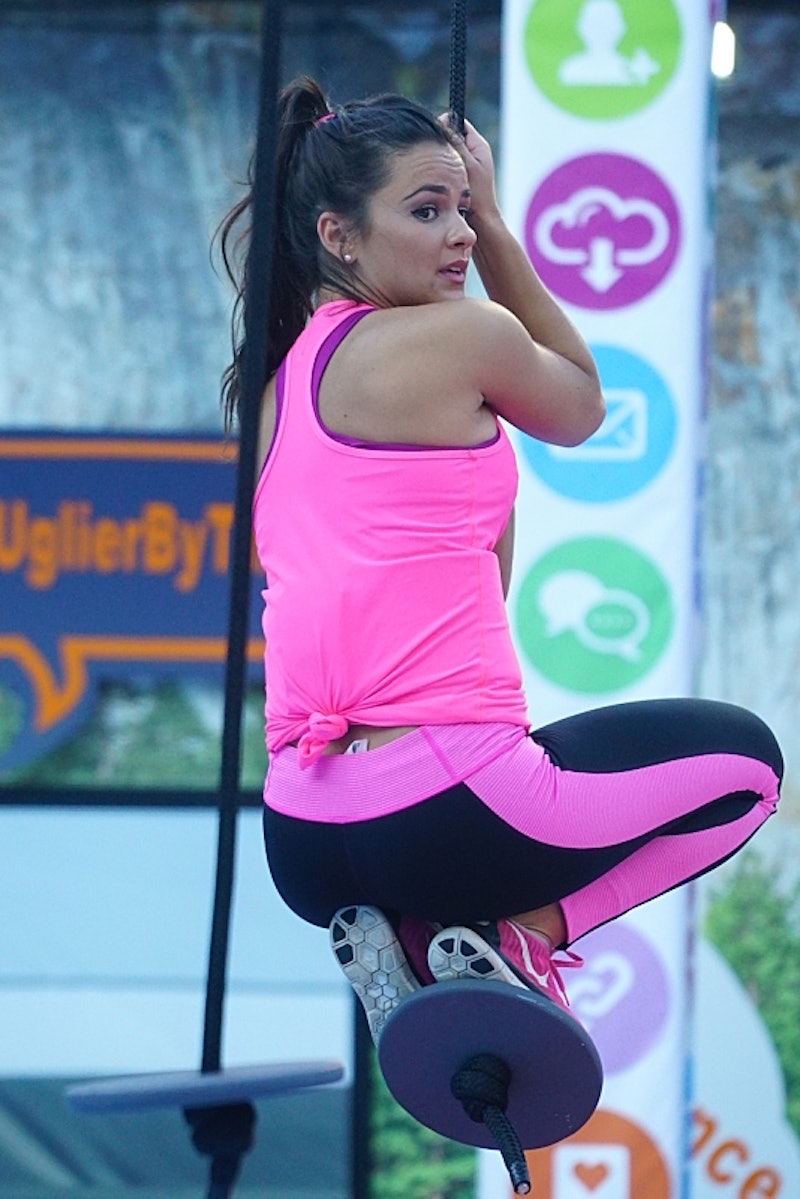 Another day, another bit of drama in the Big Brother house. Or, in this case, outside of the Big Brother house, because Paulie claimed in an exclusive interview with US Weekly that he thinks Natalie could be with James solely for strategy. I know what you're thinking: Please do not destroy my romantic dreams of these two finding love forever, Paulie. But then I reminded myself that people say and do things in the house for very twisted reasons. So what Paulie thinks of their relationship might not actually be correct. I mean, with all of them in the house right now, it's not like it's that easy to confirm anything they tell us. So are Paulie's claims that Natalie might just be into James for strategy true?

First of all, I think it will help to look at what exactly Paulie said about the relationship between Natalie and James. What Paulie said was this: “I think their relationship in the game is purely strategy. They do have genuine feelings, but as far as a relationship she has stated multiple times that she has no interest in dating him and will only be friends.” And I have to say, Paulie sort of had me until about halfway through, because I can totally see how, given the close proximity and genuine boredom of life in the Big Brother house, that housemates would form tighter bonds that might not last outside in the real world.

But when Paulie said that Natalie told him that she wasn’t interested in dating James outside the house, that made my strategy radar perk right up. Why? Because Natalie could be saying it to downplay the power of their showmance. As helpful as aligning with someone in the house can be, doing so publicly — like one does with a showmance — can be risky business. In fact, James and Natalie have been incredibly careful about not seeming like too close of a couple on purpose in order not to raise any red flags. Remember the HoH challenge where James said he wanted to stand up and cheer for Natalie when she hung in their almost as long as Victor did but he didn’t because he didn’t want people to think they were too close? Yeah. That’s strategy, too. But that doesn’t mean that they don’t like it each other.

So here’s what I’m hoping: I’m hoping that Natalie saying she wasn’t in to James was pure strategy on her part. Anything else is an unromantic reality that I don’t want to live in.

More like this
You Can Still Apply To Be A Contestant On Big Brother Season 24
By Radhika Menon
Your Ultimate Big Brother Season 24 Viewing Guide
By Kadin Burnett
What’s An Open Relationship, Actually?
By Lexi Inks
Passive Aggressive Examples To Look Out For In A Partner
By Jessica Estrada
Get Even More From Bustle — Sign Up For The Newsletter