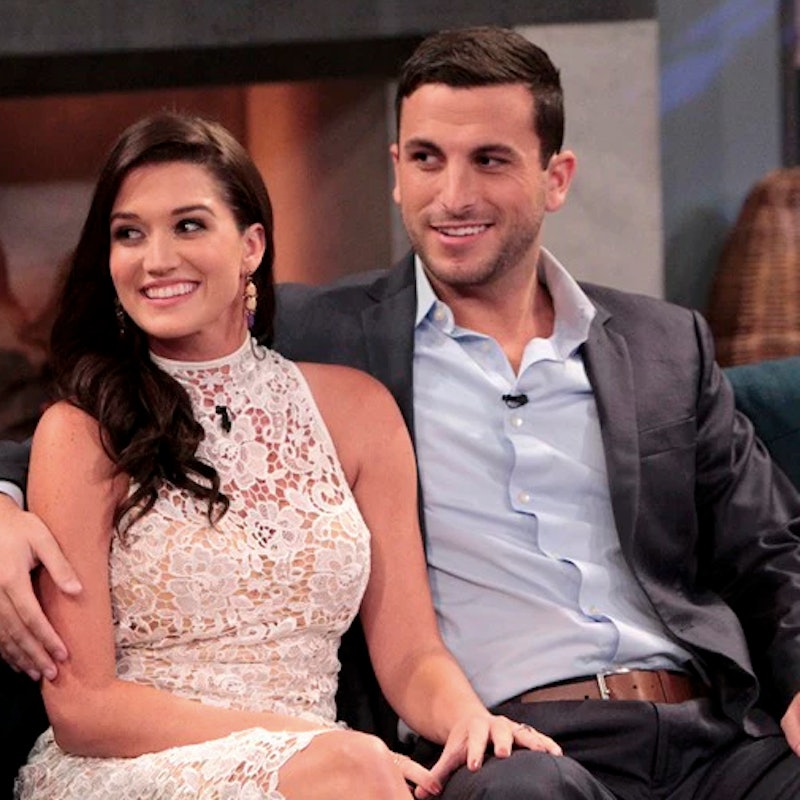 Trista and Ryan Sutter are the OG couple of Bachelor Nation, but Jade and Tanner Tolbert are the couple for a new generation of Bachelor fans. They fell in love on Bachelor In Paradise 2, and from the very first day they were together there was no drama, no crap, no nothing. Then they married in a lovely television ceremony, they moved outside of Kansas City together, they’re building a house, and things are great. Now, they’re trying to pass their love juju onto another couples on Bachelor In Paradise, and Jade and Tanner passing the torch to Jared and Caila is a big deal. It’s a mistake, but it’s a big deal.

Now, I’m not a fan of Jared and Caila. I’ll say that right out. I think Caila isn’t really into Jared — to me, it feels like she’s half-heartedly going on dates with him until a hotter guy comes along (like Brett, for instance). Jared is blowing off Ashley for Caila, Ashley is crying, and this situation is so tired that I fell asleep just typing it. But the fact that Jade and Tanner chose Caila and Jared to “go on the date that [they] fell in love on” (which is swimming in a hole, btw) means that Jade and Tanner, a couple who has already made Bachelor In Paradise work for them, thinks that it can also work for Jared and Caila, too. It’s like the current President of the United States campaigning for someone who wants to be the next President of the United States — Jared and Caila are being vetted.

But, I just don’t get it, still. I think this will all implode when Caila finds someone else in Paradise. Jared really cares for her, but at the end of the day, a relationship needs to be strong and stable to go from the Paradise world to the real world. Do you guys know where you would live? Would you date long distance? These are things that Jared and Caila need to think about. I’m not saying it can’t happen, but it’s not going to be an easy road for these two.