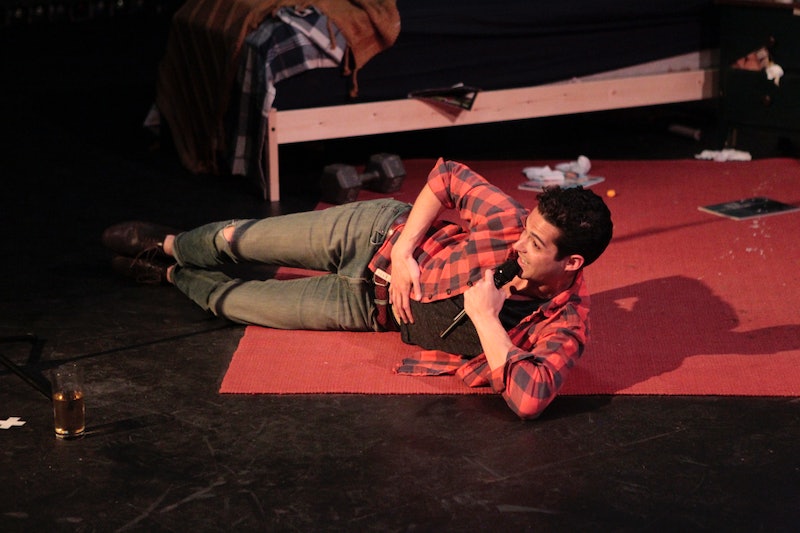 Blah, blah, blah, Caila and Ashley hate each other, Ashley is obsessed with Jared, yadda yadda. I could not care less about this love triangle. I want Ashley to move on from Jared, and to do that, she needs to get into someone else. Enter Wells Adams, whom the original Bachelor In Paradise promo showed going on a date with Ashley. I’m sick of watching Ashley crying over Jared. Where is Wells on Bachelor In Paradise ? I’m not the only one who needs to know, okay? The rest of the Internet is asking, too.

We first met Wells, Nashville DJ and owner of Carl the bloodhound, on JoJo’s season of The Bachelorette. He didn’t make it that far (he was actually the last guy to kiss JoJo, which is a big taboo in Bachelor Nation), but he quickly became a fan favorite, especially when he Instagrammed pictures of his dog. His drunken Snapchats while watching the show were pretty good, too. I was pretty happy to hear that he joined Bachelor In Paradise because it meant I could see more of Wells. I was even happier to see that I could see Wells and Ashley as a couple, but BiP is making me wait and I am not OK with it. And, I’m not the only person who feels that way.

Ashley and Wells may make a great couple. She’s a little highstrung and overly emotional, and Wells just likes to have a good time. He can be serious, sure, but I think he looks at things a little more lightly than Ashley does, and that’s a great balance to have in a relationship. Yin and yang! I just want to see this couple start making sparks together. When will Wells join Bachelor In Paradise? Not soon enough, apparently.