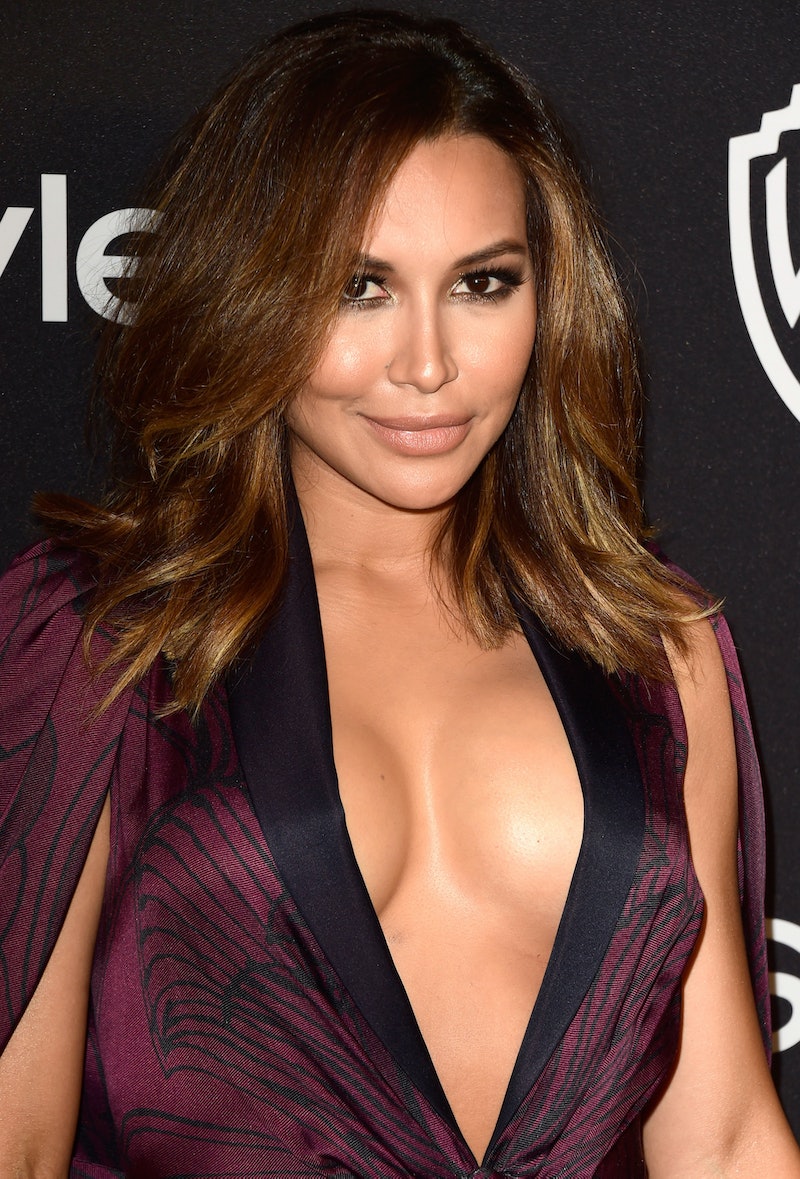 Like many celebrities, Naya Rivera has decided to write a memoir. In her book Sorry Not Sorry: Dreams, Mistakes, & Growing Up, the star opened up about things she never talked about previously, including having an abortion during the time she filmed Glee. In an interview with People, Rivera explained why she included her abortion in the book. While it's her decision and she doesn't necessarily need to explain herself to anyone, more power to her for choosing to speak out. In fact, her reason for sharing is quite commendable. She told the magazine,

"It was very scary to open up about everything. It's not something a lot of people talk about, but I think they should. I know some people might read it and say, 'What the Hell?' But I hope someone out there gets something out of it."

Given the fact that it's such a heated topic, it makes sense that Rivera was scared to divulge the story. But she's right, it's not something that's talked about often (or at least not usually in a positive light), so it's admirable of her to speak out and want to open up that conversation. It's also great that she wants someone out there to get something from the story, whether that means feeling less alone or knowing it's OK to make whatever decision is best for them. In doing so, hopefully she helps make the subject less stigmatized.

According to People, Rivera had an abortion in late 2010 after becoming pregnant with Ryan Dorsey's baby. Although Rivera and Dorsey are married now, at the time, they had just broken up because she wanted to focus on her career instead. Years later, the pair reunited and got married in July 2014. Now, the couple has an 11-month-old son together named Josey.

Speaking of Josey, he's one of the people Rivera wants to learn from her book — not now, but someday when he's old enough to read and understand it. She told People, "I hope it gives him a better perspective on the issues women face." That's such a valuable point.

Props to Rivera for owning her story and opening up for reasons beyond herself. It surely wasn't easy, but it's an important message to spread.

More like this
Harry Styles Opened Up About Olivia Wilde With A Rare Comment About "Trust"
By Sophie McEvoy
Rebekah Vardy & Coleen Rooney’s Trial Has Officially Begun
By Bustle UK
Sandra Bullock, Girlboss Extraordinaire
By Matt Harkins & Viviana Olen
Harry Styles Called For "Backlash" In Powerful Statement On Abortion Rights
By El Hunt
Get Even More From Bustle — Sign Up For The Newsletter