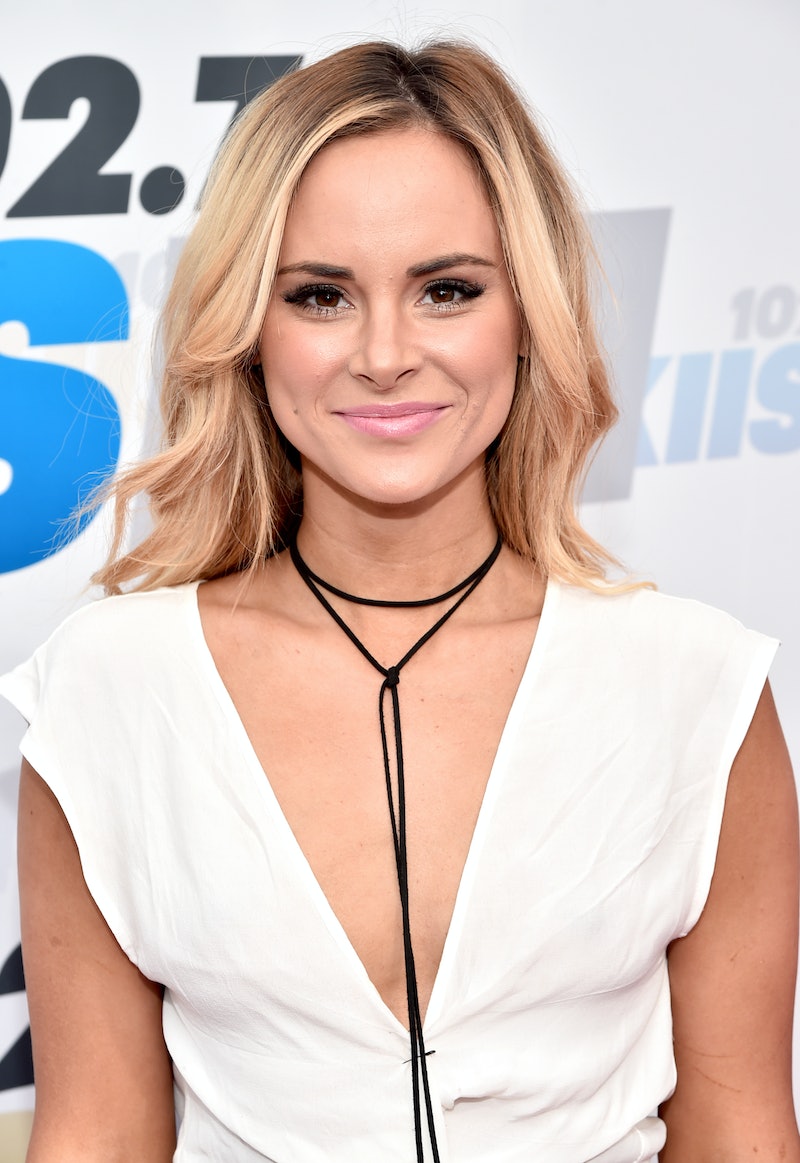 So far on Bachelor in Paradise Season 3, there have been some early love matches, and naturally, some drama with Ashley Iaconetti and Jared Haibon, because it wouldn't be Paradise without that. Since Josh Murray and his massive grin walked into the resort in Mexico, he had his eyes on Amanda Stanton, and from that moment on, the couple has been inseparable. And by inseparable, I literally mean their mouths have been connected and they've been constantly making out. And it seems like that PDA all paid off in the end, because Us Weekly reports that (SPOILER ALERT!) Josh and Amanda are living together!

While BiP has focused on the other burgeoning couples and their drama, there has yet to really be an in-depth discussion of the inner workings of Amanda and Josh's relationship. When Jade Roper and Tanner Tolbert appeared on Tuesday night's episode, they met with the couples to get a feel for their connections. During Josh and Amanda's chat with the married couple, Josh took the reigns and seemed very over-the-top in his declarations, leading Janner to feel like he could be insincere. While most of Josh and Amanda's screen time has been devoted to them slurping and kissing away, they were apparently making one of the strongest bonds in Paradise. Who would have thought a weeks long make-out session could actually work out this way?

In the interview with Us Weekly, Josh showed off his commitment to Amanda and said, "Things are going amazing... I 100 percent believe that Amanda is somebody I could spend the rest of my life with." Well, they sure are trying that out. According to Us, Josh recently relocated from Atlanta to Amanda's apartment in Irvine, California where she lives with her two daughters, Kinsley and Charlie.

Amanda also opened up about the fact that she still hasn't read Andi Dorfman's infamous book (and doesn't plan to) and that she only wants to focus on her future with Josh. She said,

"He's so dedicated and so loyal. He's sweet and thoughtful and caring — it's not just something he turns on for the cameras... I definitely want to get married again... I do want more kids, eventually. I have my hands full right now, but somewhere along the road — yes!"

Could the new Janner be happening before our very eyes? It's been difficult to really get a read on Amanda and Josh's relationship on the show, considering they've been on the sidelines kissing most of the time. Their connection so far mostly seems physical, but after hearing about these developments, it's obviously much more than that. And in regards to that making out, Josh shared on Twitter that there was a bit of editing at hand that make it seem like they didn't do anything else:

Janner are now happily married and one of the best couples to come out of the Bachelor in Paradise franchise, and it all started on that sweaty, dramatic resort, so wedding bells could really be in the future for these two, as well.