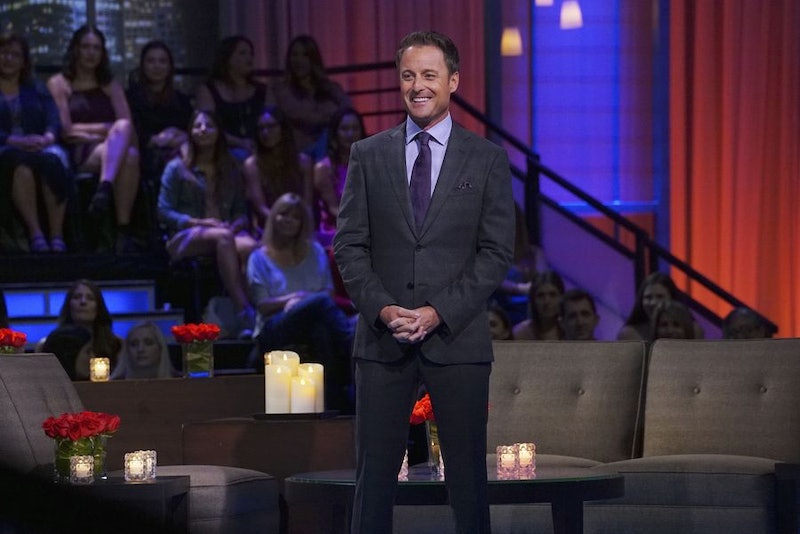 As is usually the case among fans in Bachelor Nation, the debate about who will be the next leading man on The Bachelor began to ramp up as JoJo Fletcher narrowed down her suitors on Season 12 of The Bachelorette. There were many favorites among her top four, but some fans even wanted contestants from previous seasons of The Bachelorette to take on the role. The latter hopes seemed to work, since Nick Viall will be the 2017 Bachelor, according to the announcement on the Aug. 30 episode of After Paradise. Of course, fans have their own opinions about the choice, and they'll have plenty of time over the coming months to debate those opinions, but there's no doubt in my mind that he's a good pick for the position.

Season 12 of The Bachelorette may have ended with JoJo choosing Jordan Rodgers — the early front runner who received the leading lady's first impression rose — but she had plenty of decent men (and one Chad) to choose from, which may have made the decision for the next Bachelor even more difficult. In the end, though, the producers chose a Bachelor Nation vet, instead of a JoJo cast-off. I'll be excited to see how Nick fares on The Bachelor, since it's always interesting how the Bachelors and Bachelorettes handle the role reversal from contestant to the person in charge of whittling down a group of potential partners from 20-plus to just one — and Nick has been on the receiving end of that whittling twice now. Naturally fans were freaking out about the announcement. Even Chris Harrison was excited.

However, some fans were less than thrilled about the choice, and voiced their opinions that other contenders should've won the spot.

Clearly, Nick's season of The Bachelor won't be boring. On Good Morning America the morning after the announcement, Harrison himself explained why Nick's time on The Bachelor will be must-watch TV, and why he was chosen over other popular contenders, saying, "While Luke and Chase were good guys, we all just kept coming back to Nick, and it's just crazy enough to work."

With such divisive opinions about the new season's star, Bachelor Nation fans will most definitely be tuning into Season 21 to see what Nick gets up to and what contestants will vie for his heart. It certainly won't come without complications, as, after all, this will be Nick's fourth chance of love in the Bachelor world. Fans will recall him being dumped by Andi Dorfman and Kaitlyn Bristowe in their respective seasons of The Bachelorette, and more recently, him attempting to find a soulmate during Season 3 of Bachelor in Paradise. So far, none of his attempts have worked out, but perhaps his time as the actual Bachelor will be where he finally finds love for real.

We'll just have to wait until January to find out what his journey ends up being like — Season 21 can't come soon enough.