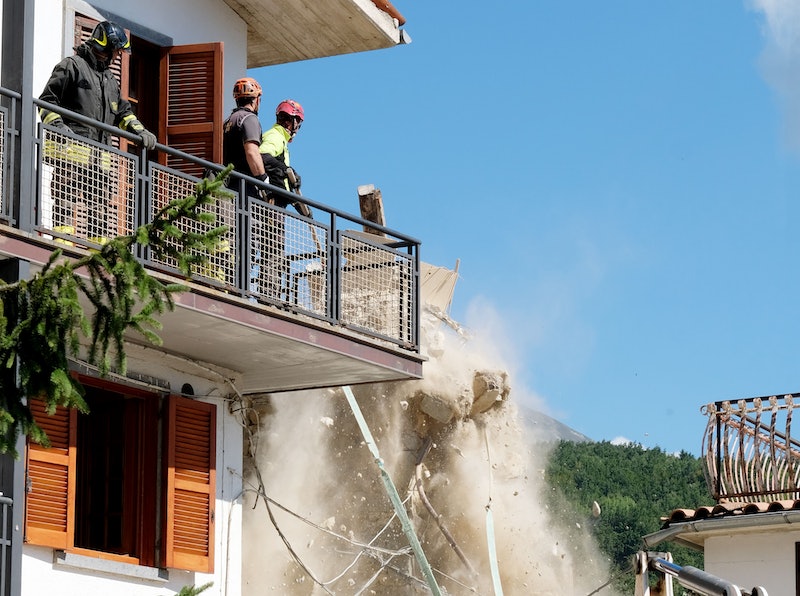 Just hours after a devastating earthquake destroyed several towns and claimed scores of lives, the victims are turning to Facebook to communicate. Facebook's Safety Check feature was activated in Italy on Wednesday in response to the earthquake in Amatrice, allowing users to communicate to their friends and family that they are safe in the wake of the disaster. The feature was originally designed to accommodate victims of natural disasters, and it's being put to such use in the wake of this tragedy.

To date, approximately 120 people have been declared dead in the wake of the earthquake, which struck the central region of Italy at around 3:30 a.m. local time. Aftershocks were felt over 100 miles away in Rome and covered a large portion of the country. The town of Amatrice, which only has a population of about 2,000, lost dozens of lives Wednesday, according to CNN. "Half of the town is gone. People are trapped under the rubble," Mayor Sergio Pirozzi told Italy's RaiNews24. "What can I tell you? It's a tragedy." The nearby towns of Accumoli and Arquata del Tronto suffered similar damage — buildings were leveled, and many homes in the area are now unlivable.

The earthquake is exactly the kind of scenario that Facebook envisioned when designing the Safety Check feature, though it has been adapted to broader use more recently. According to Fortune, Safety Check was inspired by the earthquake and tsunami which struck Japan in 2011, and it was intended to be used for natural disasters such as the one in Italy. It has also come to be frequently used in the event of terrorist attacks, and has been activated in such cases in Brussels, Paris, and Orlando.

However, the company faced criticism when it activated the feature for the Paris attacks in November, but not for a bombing in Beirut, Lebanon one day later. This prompted a response from CEO and founder Mark Zuckerberg, who announced an official change to the company's policy regarding the feature. "Our policy was only to activate Safety Check for natural disasters," Zuckerberg wrote on his Facebook page. "We just changed this and now plan to activate Safety Check for more human disasters going forward as well. We care about all people equally, and we will work hard to help people suffering in as many of these situations as we can. "

Safety Check is at its most effective in situations such as this, particularly because of the location. Central Italy is a high-traffic tourist locale, and thousands of people traveling internationally could have been been affected in addition to residents. Italians are also being asked to unblock their wireless networks so that people can communicate more easily, which should further increase the efficacy of the program. The feature provides a small comfort to the friends and families of those who are in the region, and a show of support from the international community that wants to help in that small way.