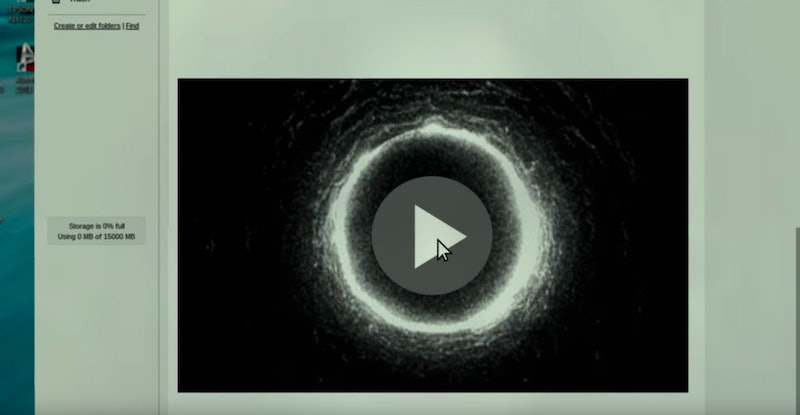 The first time I saw the 2002 horror flick The Ring, I bolted from the movie theater immediately after I caught a glimpse of one of video demon Samara's victims. I have since become less of a wuss, and not only watched the first Ring, but also its 2005 sequel, both of which made me avoid turning on my television for a couple of weeks. Now, a new movie promises to do the same thing to the children of 2016: the long-awaited third film in the Ring franchise is on its way, and it's stepping up its game with the pluralized title Rings. A trailer for Rings has just dropped, and this film is taking your nightmares to a whole new level — just don't expect the same movie repackaged. The trailer proves that Rings will be different from the original Ring, if equally as frightening.

It's no surprise that Rings can't exactly follow the same trajectory as the original film — and you can blame technology for that. The original movie is, after all, about a killer videotape — anyone who doesn't make a copy of the tape and pass it along will die in seven days at the hands of the demonic Samara. Considering that The Ring was made before social media and viral video were buzzwords, Samara has the opportunity to step things up in the sequel that takes place over a decade later. Once upon a time, Samara had to hope someone 1) purchased a blank tape 2) re-recorded the tape, and 3) passed it along in order to continue to her death curse. Now? Thousands of followers can be forwarded the tape via the internet. That idea isn't lost in the trailer for Rings — in one scene, a character is shown opening up a file via e-mail that has Samara's video attached.

It's not just technology that is amping up the action of Rings. In this version, the stakes are even higher: not only does Samara want to kill people, she apparently wants to be "reborn" through the main character. An evil entity deciding that you're their new host? Umm, not exactly what you want.

Check out the trailer below to see why:

The cast of Rings will also be significantly different than the two films that came before it. Naomi Watts and David Dorfman, who played a mother and son attempting to fight the tape's evil in the original films, are seemingly not returning for the third film in the franchise. (Oh, and Dorfman, who played the maybe-psychic Aidan? He ditched demon hunting for Harvard Law. Seriously!) Instead, The 5th Wave star Alex Roe, Italian actress Matilda Lutz, and Daredevil's Vincent D'Onofrio will star in the upcoming horror sequel.

Rings hits theaters just in time for Halloween on Oct. 28, 2016. You may want to watch everything on your DVR before then — you might not be so inclined to spend time with your TV after that.