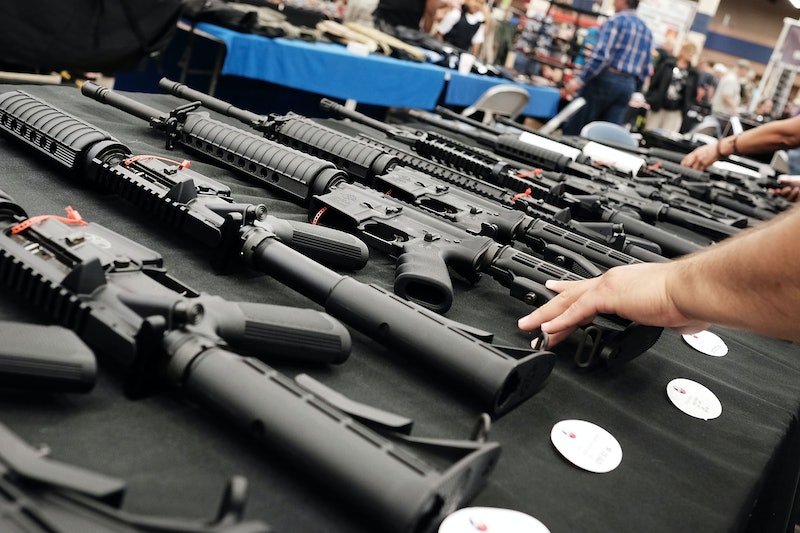 Cocks Not Glocks is a response to the new campus open carry policy, which has left many students and faculty members feeling less than secure. Ironically, the policy was prompted at least in part by school shootings around the country. In May, Texas passed the law SB 11, which requires all state universities to allow open carry on campuses across the state, including, according to the Texas Tribune, in dorms, classrooms, and school buildings. However, there are limits; schools will be allowed to designate gun-free zones at their discretion.

Another irony — a dark one — is that there was a shooting on the exact campus where the protests are currently taking place, 50 years before the new law went into effect. Known as the UT Tower Shooting, the 1966 attack is considered the first school shooting in U.S. history, according to a CBS News report. The incident resulted in 16 deaths and dozens of injuries.

It appears that the mentality behind the campus open carry policy is that if there are more people with guns, the "good guys" with guns would be able to stop the "bad guys" with guns. Texas isn't the only state to be taking these steps as a precautionary measure, though. There are eight other states that allow concealed carry at public universities: Colorado, Idaho, Kansas, Mississippi, Oregon, Texas, Utah, and Wisconsin.

Those opposed to the "good guys with guns" line of thinking would argue that a bunch of people shooting in a small space — like, say, a classroom — would only lead to much worse massacres.

While current and former students are leading Cocks Not Glocks, they're not the only ones who aren't happy about being forced to follow the new law. The president of UT-Austin, Gregory L. Fenves, also doesn't think that firearms belong on a college campus. However, Fenves also said at a news briefing in February that he feels his hands are tied:

Let me say that I do not believe handguns belong in a university setting, in a campus environment dedicated to education and research, but nevertheless as president of a public university, I am responsible for implementing [the law].

Cocks Not Glocks is taking the fight against the Texas law into their own hands — and other parts.

More like this
Michigan’s Governor Is “Going To Fight Like Hell” To Protect Abortion Access
By Andrea Zelinski
How To Fight For Reproductive Rights, Based On How Much Time You Have
By Courtney Young
Harry Styles Called For "Backlash" In Powerful Statement On Abortion Rights
By El Hunt
10 Times Boris Johnson Got It Wrong On Trans Rights
By El Hunt and Sam Ramsden
Get Even More From Bustle — Sign Up For The Newsletter