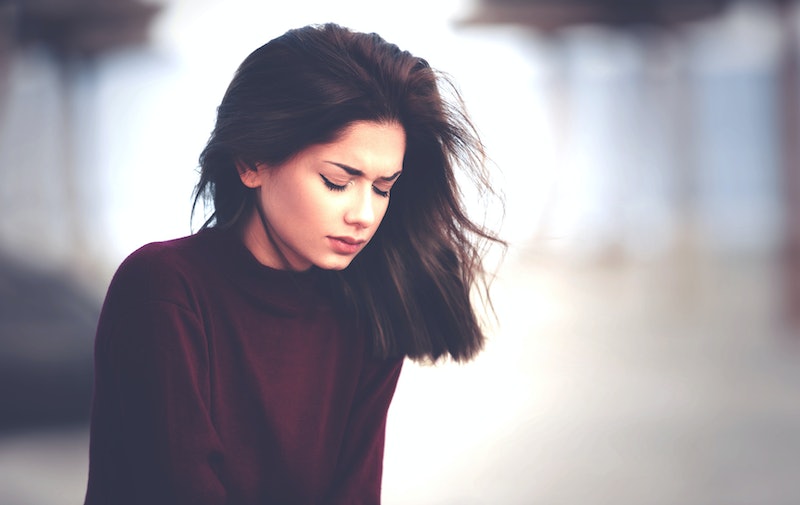 It's no secret that it's incredibly difficult trying to calculate the rate of sexual assault in a country where many case go unreported. However, it gets even more confusing due to the fact that different government agencies define rape differently, and accordingly use different approaches in trying to get numbers. This is a huge problem for policy makers and activists alike, and it's yet one more reason we need to stop beating around the proverbial bush about rape and sexual assault.

In a recent report, the Government Accountability Office found "that differences in data collection efforts may hinder the understanding of the occurrence of sexual violence, and agencies' efforts to explain and lessen differences have been fragmented and limited in scope." As the report explains, there are four different government agencies that regularly collect data on sexual violence: The Departments of Defense, Justice, Education, and Health and Human Services. And they all approach the matter differently — including using different definitions.

Other terms that appear in these surveys include things like "abusive sexual contact," "unwanted sexual contact," "nonconsensual sex acts," and "sexual coercion," as well as references to specific types of non-consensual sexual behavior, such as "fondling" or "sodomy." However, most of the 10 different surveys given out by these four departments only use two to four terms.

The different departments also focus on different populations. For instance, some surveys specifically look at prison populations, while others look at colleges and universities.

And even those surveys that look at the general population can come up with conflicting results, due to their different methodologies and variation in terms. For instance, the Department of Justice is most interested in sexual assault from a criminal justice perspective, and thus focuses on that in the way they devise their surveys and information-gathering. The Centers for Disease Control and Prevention (CDC), on the other hand — which exists under the Department of Health and Human Services — is most interested in the health effects of sexual violence, and will tailor their surveys accordingly.

So where does that leave us? Mostly in a situation where it's very difficult to get a sense of what the exact numbers might be when it comes to sexual assault. After all, individual surveys are often off, but averaging survey results together often results in much more accurate and reliable information. However, if the different surveys are all using different definitions and different methodologies, then they aren't really giving you equivalent information, and thus you can't really average their results together. This means there's really no way to reconcile the often very different numbers that different agencies find.

And those numbers really can be very different. The GAO reports that in 2011, which is the most recent year for which we have data, the different estimates of total sexual assaults in the U.S. ranged from 244,190 to 1,929,000.

Not only are these numbers very different, the GAO writes, but "agencies' efforts to explain and lessen differences have been fragmented and limited in scope."

And this matters, because the first step to solving a problem is understanding it. If you're trying to provide resources to victims of sexual assault, you need to know if there are about 250,000 in a given year, or almost 2 million. And that's true whether you're trying to reform the justice system, or provide services to help victims recover, both physically and emotionally, after an attack.

Due to all of this, the GAO recommends that government agencies begin working together more and also being more transparent about what terms and methods they use in gathering data on sexual assault. After all, if we understand more about how the studies are conducted, maybe we can start to make more sense of the numbers.

One thing is for sure though. Whatever the numbers are, they are already too high.