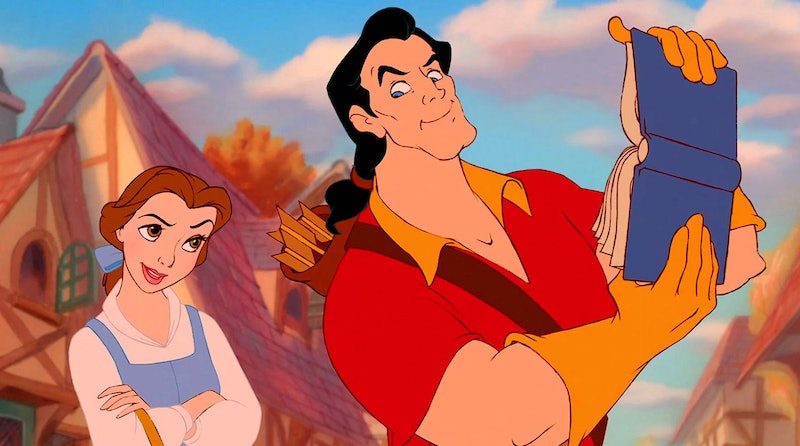 While they are aimed at children, Disney movies have no trouble scarring viewers for life. From graphic onscreen parent deaths (shout out to Mufasa) to truly scary villains (I'm looking at you, Cruella), Disney has never been shy about pushing the boundaries of what can be done in a kid's movie. It turns out Disney does have rules though. In fact, there are three things that Disney movies can't include.

Disney is so serious about these three things they include them in their contracts. Every filmmaker has to agree not to include smoking, beheadings, or impalement in their movie. Pete's Dragon director David Lowery revealed the three Disney rules in an interview with Ain't It Cool News, noting they would rule out a Pinocchio remake — at least one where Pinocchio puffs on a cigar.

Right from the start, Disney took an interesting stance on smoking in their films. It was not at all uncommon to see a character smoke in the early Disney movies like 101 Dalmatians. As for beheadings and impalement, these two items are very specific. No one goes into a Disney movie expecting to see a character beheaded or impaled, so these rules seem like they would be implied.

If you look back, Disney movies have managed to break all three of their big rules in the past though, including the no beheading clause in a roundabout way. This could mean the rules are a very recent addition to Disney's handbook, or maybe it is a sign even Disney can be swayed for a good gag. Here are some of the most memorable instances of Disney breaking their three rules for filmmakers.

When it comes to characters lighting up cigarettes (or cigars and pipes) onscreen, Disney has been fairly lenient. Villains like Cruella de Vil — both the animated and live action versions — and Captain Hook smoked, but so did good guys like 101 Dalmatians' Ben, Peter Pan, and the Caterpillar in all of the Alice in Wonderland movies. Even Ariel was almost seen smoking onscreen — thankfully, she thought the pipe was a musical instrument and blew out instead of inhaling.

Disney did not formally ban smoking in the company's movies until 2015 according to Variety, and even the formal ban makes exceptions for historical accuracy. I don't think the clause covers Pinocchio though, so the beloved wooden puppet will have to skip the cigars if a remake ever happens. Given everything known about the dangers of smoking these days, the no smoking rule is a smart one for Disney to stick to.

The no impalement rule was definitely broken in Pirates of the Caribbean: Curse of the Black Pearl. First Jack puts a sword straight through Barbossa, and then Barbossa returns the favor. Sure, it's quickly revealed they are both ghosts thanks to their sticky fingers for gold, but the sight of skeletons just standing there with swords through them is unnerving. Barbossa and Jack are not alone in the impaled Disney characters club, the most memorable impalement scene goes to Ursula who is ran through by the pointy end of a boat. The movie even shows the wood sticking out of her back. As far as gruesome deaths go, Ursuala's is hard to beat.

OK, this is one rule Disney has been good at sticking to over the years. Unless I have blocked out a particularly horrifying scene, no human Disney character has lost their head on camera that I can recall. Disney has featured characters who have been beheaded though, most prominently the Headless Horseman in the The Legend of Sleepy Hollow short film. The short is pure nightmare fuel which features poor Ichabod Crane nearly losing his head several times.

Fast forward to Disney's modern day collection of films, and Eddie Murphy spends a good portion of The Haunted Mansion dealing with the dead gypsy Madame Leota whose head is trapped in a crystal ball. While neither Madam Leota or the Headless Horseman lost their heads onscreen, they both bend the no beheadings rule with the presence.

It's also worth noting Genie from Aladdin both juggled his own head and sliced it off to illustrate to Aladdin that he could not kill people. More recently, Anna dropped kicked Olaf's head from his shoulders in Frozen, so depending on your definition of beheading Disney has broken rule number three recently.

While I admire Disney's devotion to making all of their kid movies kid friendly, it seems even the House of Mouse can't help but bend their own rules sometimes.

More like this
The 'Hocus Pocus' Sequel Finally Has A Release Date & It Makes Total Sense
By Shannon Barbour and Radhika Menon
Hayden Panettiere Will Return For 'Scream 6': "We F*cking Won, Scream Fam"
By Jack Irvin and Jake Viswanath
David Schwimmer Doesn't Remember This Classic 'Friends' Episode
By Sam Ramsden
8 Creepy Things You Probably Did In The '90s
By Julie Sprankles
Get Even More From Bustle — Sign Up For The Newsletter