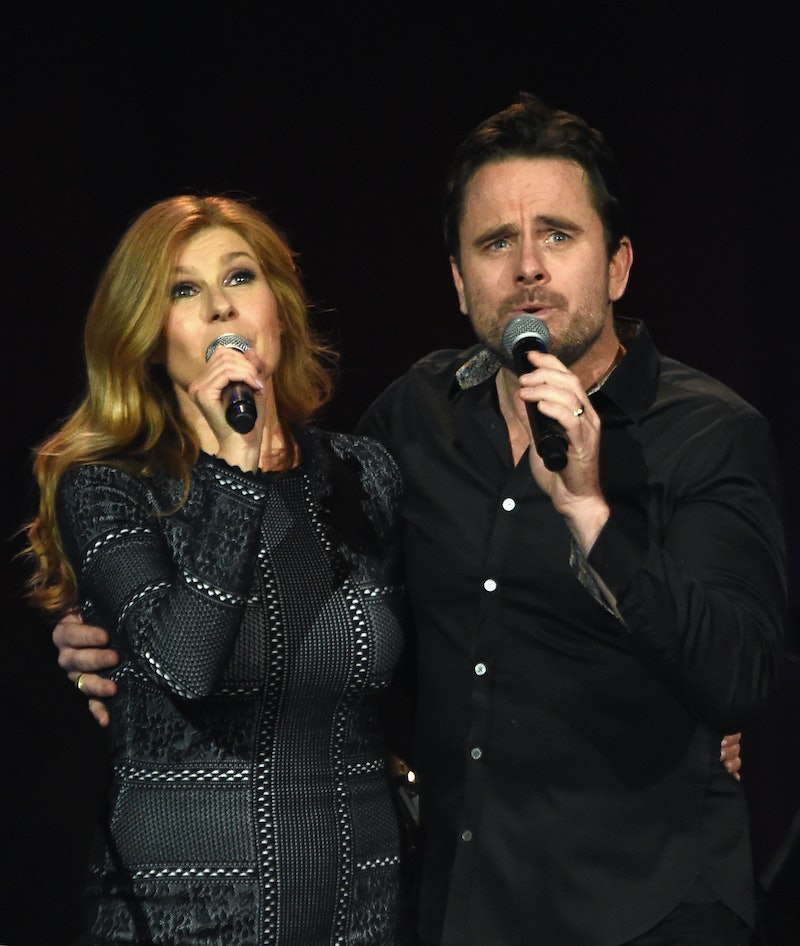 I have to be honest: Lately, life as a Nashville fan lately feels like one continuous string of blows against all things that I believe to be right and holy. Like when the show was initially dropped by ABC. I just about curled up in a corner and wailed the blues for a solid week at that news. So when CMT scooped up the show and confirmed with a premiere date that the show would live on, I thought we were out of the woods for good. You can imagine my surprise, then, when The Hollywood Reporter reported that Connie Britton had only signed on for 10 episodes of the new season. Of course she could always sign on for more in the 22-episode season, but just in case this news spells some sort of end to Britton’s amazing stint on the show, I’d like to make a serious plug for why Nashville wouldn’t be the same without Connie Britton.

It’s sort of obvious, right? As the stunning matriarch of the show, Britton feels to be very much like the heart of it all. The show is so thoroughly entrenched in her presence and storyline, that losing Britton as an actor would feel a lot like having the show’s heart removed. At least that is how Britton’s role has always felt to me on the show. The other characters definitely have enough talent and drama to keep the stories flowing, but they feel more like main arteries and veins that are kept beating and breathing with pre Britton blood, if you ask me.

Not only that, but if Britton doesn’t come back for the entire season, the show would lose a number of storylines. There’s her relationship with Deacon, her role as a mother to Maddie and Daphne, and her girl boss awesomeness as a record label executive. I can’t imagine the emotional stakes and characters that might be out of the running if Britton were to hightail it out of there. I’m sure they would gradually replace Britton with a character of similar stature and power, but I’m worried that no more Rayna James could also mean no more Deacon drama, no more adorable daughters, and no more feeling her amazing influence on the country music scene.

So as much as I want Connie Britton to be happy in her career and her life, I really hope that she signs on for more episodes of Nashville on CMT. I’m pretty sure the show wouldn’t be the same without her.

More like this
The Kardashian Forerunners
By Mariah Smith
The Time Traveler’s Wife Book Has A Heartbreaking Ending
By K.W. Colyard
Selena Gomez’s ‘SNL’ Hosting Debut Had Twitter Gushing Over ‘Barney’ & Wigs
By Stephanie Topacio Long
‘SNL’ Referenced Jesse Williams’ Broadway Leak In A Chaotic Theater Sketch
By Grace Wehniainen
Get Even More From Bustle — Sign Up For The Newsletter