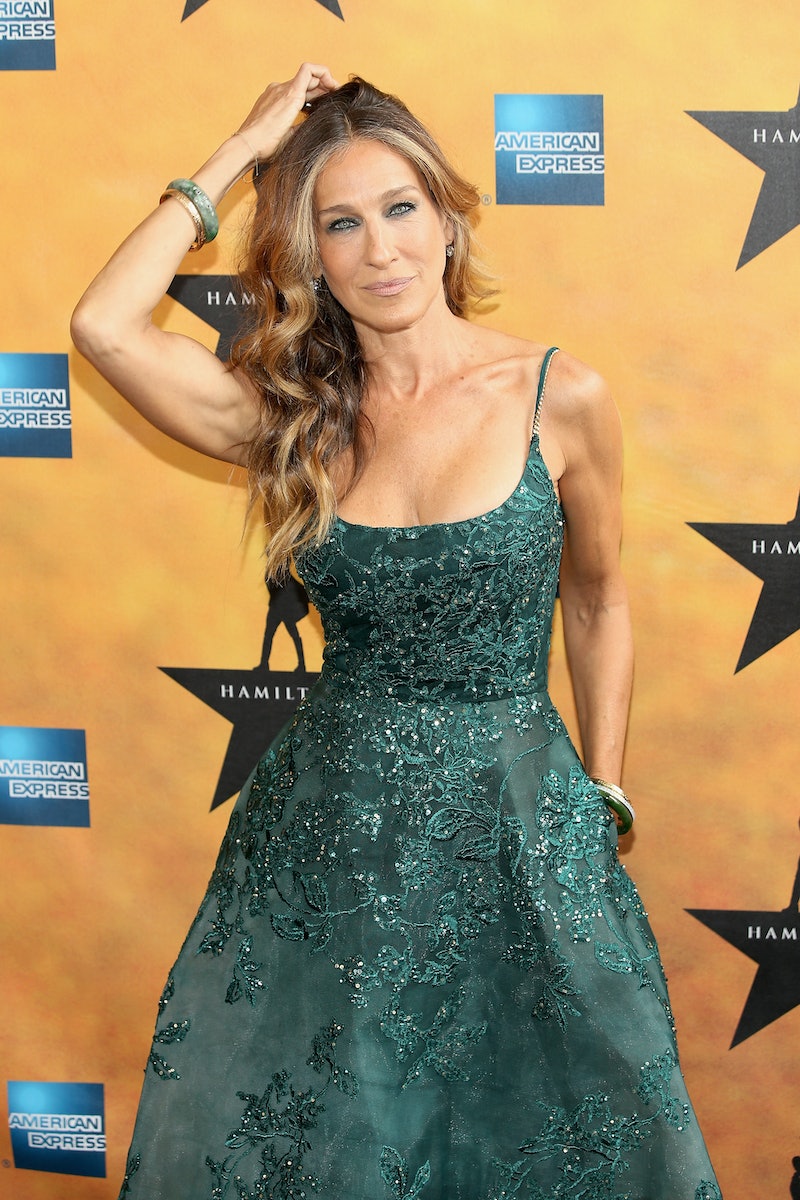 As a major Sex And The City fan, I'm obviously very excited about Sarah Jessica Parker's new show Divorce , which is coming to HBO on October 9, 2016. Created by Sharon Horgan, who writes and stars in Catastrophe which you should also marathon immediately, Divorce marks Parker's return to television in a big way. With such an incredible team assembled, the show is sure to be hilarious, heartbreaking, and also look beautiful since it's filmed in New York City. The inevitable question that's going to be asked time and time again, however, is how does Parker's Divorce character compare to Carrie Bradshaw? The series sounds like a real departure for the actress.

Parker previously told PEOPLE that style isn't Frances's priority in Divorce, saying "Like when she wakes up in the morning, there are so many other things that are paramount in her mind." Already, compared to Carrie Bradshaw, it's pretty clear that fashion isn't at the top of the character's list. Speaking to PEOPLE again in August 2016, Parker has revealed just how much her new role differs from the iconic, shoe-obsessed woman she's most well-known for playing. Of her character in Divorce, the actress says, "She's less buoyant than Carrie Bradshaw and believes she is less resilient," which shows just how different the tone of the new series is going to be.

Carrie Bradshaw had her fair share of dark moments and disastrous romances, many of them including Mr. Big. But overall, Carrie never gave up hope on finding love, and she certainly didn't give up on fashion. Carrie's priorities were always super clear, and involved Manolo Blahnik, her three besties, and her writing career. Already, from the snippets we've been hearing about Parker's character in Divorce, she's definitely not Carrie Bradshaw 2.0. And, even though Big and Carrie had a tumultuous relationship, it sounds as though Frances's love life is in way worse shape, as Parker tells PEOPLE that her character is "in battle with a man she loved." The word "battle" makes it sound as though the relationship has crumbled beyond repair, and there won't be a romantic reunion, or five, akin to Big and Carrie. Compared to Sex And The City, Divorce sounds gut-wrenching.

As an actress, Parker says her own priorities have changed since having kids, and she tells PEOPLE, "When I first started Sex and the City , I didn't have children and I thought about time very differently. I didn't mind working 80 or 100 hour weeks." The actress obviously felt very strongly about new show Divorce to make the return to television after all this time. While the character sounds nothing like Carrie Bradshaw, I'm incredibly excited to see Parker on TV again, particularly on a show that sounds so challenging and emotional. Frances may be "less buoyant than Carrie Bradshaw," but I think we're going to love her just as much.

More like this
Here’s What Sarah Jessica Parker’s Canned Cosmo *Actually* Tastes Like
By Emma Garza
Pete Davidson & Kate McKinnon Are Part Of A Reported Major SNL Cast Shakeup
By Brad Witter
Billie Piper Just Confirmed 'I Hate Suzie’s Festive Return
By Kayla Blanton and Shahed Ezaydi
Yes, Billboard Queen Angelyne Really Ran For Governor Of California
By Brad Witter
Get Even More From Bustle — Sign Up For The Newsletter