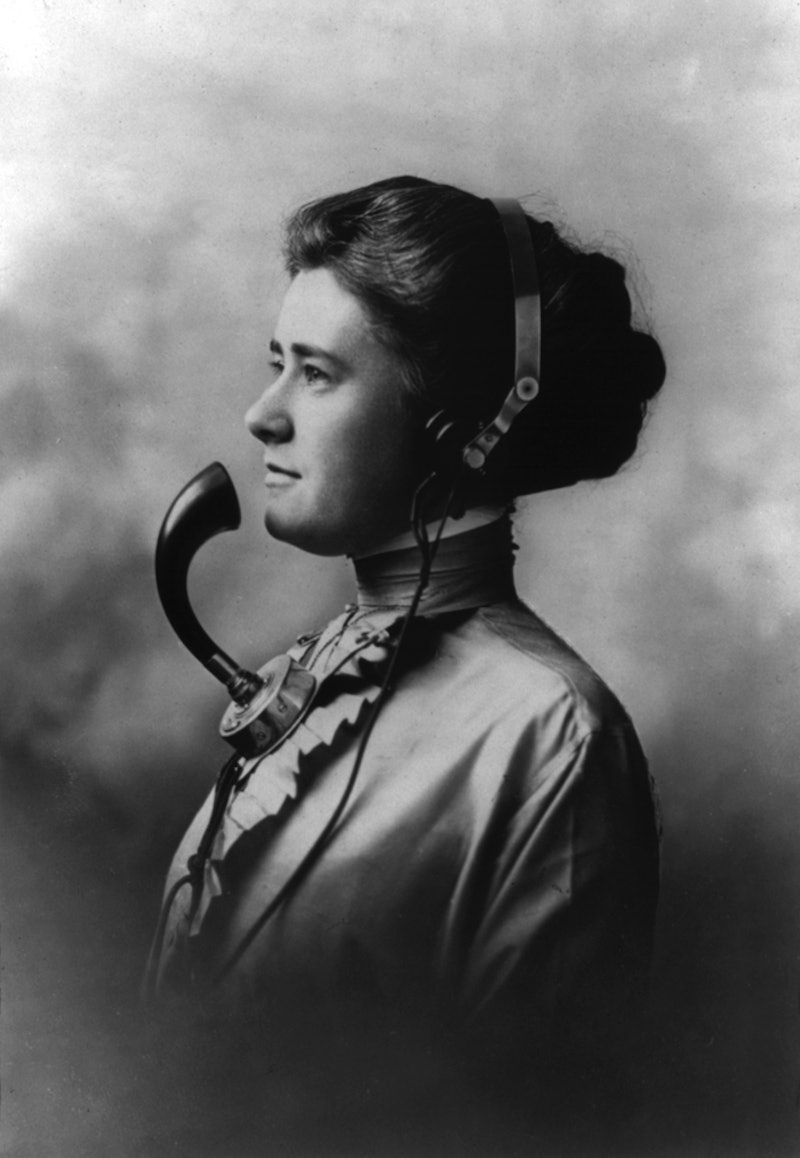 August 26 is the anniversary of the passing of the 19th Amendment in 1920, which finally gave all women in the United States the right to vote (though, as we've discussed elsewhere, it isn't as simple as all that, particularly for women of color, who were effectively disenfranchised under Jim Crow laws until the 1960s). Now known as Women's Equality Day, you might think that 1920 marks the date on which modern feminism took its greatest step forward, and women of all kinds finally reached legal equality! Not so fast, sparky. The legal situation of women in the early 20th century in America continued to be a complex and, in most cases, pretty discriminatory one, even if they had the right to get into the voting booth.

The best way to be a woman in America in 1920 was to be married, financially comfortable, out of the workforce, and white. Married women had seen one of the biggest legal reforms in their favor over the end of the 19th century, as most states passed laws that allowed them to inherit their husband's property, control their own estates, and enter legal contracts as an individual. If you were single or working, though, you were subject to an awful lot of nonsense; until 1974, for example, all "single" women (including divorced or widowed ones) had to have a male cosign any credit application. And that's only the tip of the iceberg.

If you thought 1920 was the year women gained full legal equality, you're in for a rude shock.

1. Retain Their U.S. Citizenship If They Married A Foreigner

Women in 1920 had a choice: marry a U.S. citizen, or lose their American rights. Up until 1922, when the Cable Act passed, women who married foreigners immediately lost their American citizenship and had to take their partner's citizenship instead, even if they lived in America. Women's Roles In 20th Century America points out that some people with friends in high places, like Ulysses S. Grant's daughter (who married a British aristocrat rejoicing in the name of Algernon Charles Frederick Sartoris), tried to get around the problem by having their citizenship restored by Congress, but that was outlawed too. And if American women had children abroad, they weren't allowed to have American citizenship, but the foreign-born kids of American men did.

The reality with tracing the history of women's rights in America is that you can easily become bogged down in state laws and how complex they get. Jury duty's a good example. It wasn't until 1975 that the Supreme Court ruled that (white) women should get equal rights to serve on juries, and only a tiny minority of states had passed laws allowing women anywhere near them by 1920, very few of which were actually enforced. A collection of legal scholars writing for the American Journal of Sociology point out that only Colorado, Idaho, California, and Utah actually allowed women on juries in 1920, and that Wyoming and Washington had both briefly made it legal before striking it off in the 1890s. In most states, however, it was illegal — and in the rare case that it was accepted, it was exceptionally rare.

1920 was actually an important year for women on juries: Delaware, Indiana, Iowa, Kentucky, and Ohio made women serving legal that year. (Ms magazine tracked the somewhat bizarre journey of female jurors in American history afterwards, including a 1961 Florida case where a female defendant thought female jurors might be "more understanding" of the fact that she'd hit her husband with a baseball bat.)

3. Have The Right To Keep Their Job If They Got Married Or Pregnant

Here's a law that will make your eyes roll back in your head so far you'll get a headache: the "marriage bar". For decades, it was completely legal for businesses and schools to fire teachers, clerical workers, and other women on staff if they got married. Justifications for this were inconsistent, but mostly emphasized that married women were less "dependable," had a man to support them anyway, and should be at home. The rulings mostly applied to the higher-level jobs capable of being held by women, like teaching.

And if they got pregnant, heaven help them. It wasn't until 1978 that women had their right not be discriminated against in the workplace due to pregnancy enshrined in law. Up until that point, it was perfectly legal and acceptable in most states to fire pregnant women, or outright refuse to hire them.

By 1920, wealthy young white women were capable of finding a college that accepted them if they wanted it (though many secondary schools for women were still "finishing schools," indicating that their education was finished and they wouldn't go on to get degrees). But co-education remained a massive rarity. Separate-sex colleges were the norm, with only a clutch of institutions (Oberlin, Cornell, and Bucknell among them) offering degrees to both male and female students. Many colleges, the National Women's History Museum explains, thought that co-ed situations were "dangerous" for women, risking their purity, their nervous systems (which might be "strained" by competition with men), and even their attraction to the opposite sex, which, reasonably enough, was believed to lessen if they saw young men at close quarters. Even if places were actually co-ed, they'd usually keep the sexes segregated or impose rules like separate library usage.

5. Get A Divorce Without Being Cheated On, Abused, Or Abandoned (And Sometimes Not Even Then)

The concept of "no-fault" divorce, when it was introduced in California in 1969, was a revelation. Before that point, any couple wanting to divorce had to document some kind of "fault," often with proof and in the hope that they'd sufficiently persuade the judge to allow them to separate. Indiana had, in 1920, some of the most relaxed divorce laws in the country, and it allowed it on six particular grounds: "adultery, impotency, abandonment, cruel treatment, drunkenness, and commission of crimes."

And the judge could still rule that you weren't allowed the divorce at all, if they viewed the problem as a solvable one, or believed you and your spouse were guilty of collusion, condonation, connivance, provocation, or recrimination. Collusion meant you'd both planned a "fault" to get divorced; condonation meant you'd forgiven their treatment on another occasion, so couldn't complain now; connivance meant tricking your partner into doing something divorce-worthy; provocation meant you basically goaded your partner into their plight; and recrimination, horribly enough, essentially meant that both partners had done some awful stuff, so they should have to stay with one another as punishment.

6. Work Overtime Or At Night

Women were not supposed to "overtax" themselves with excess employment; and night work in particular, explains Nancy Woloch in A Class By Herself , "increased morbidity and mortality, lowered vitality, and led to 'loss of appetite, headache, anemia, weakness of female functions'." Ladies just weren't built for difficult or demanding positions. (These laws applied to both white women and women of color, though white women were much more likely to be in industries and positions that gave at least the possibility of advancement instead of just manual labor.)

Not only were women in 1920 unable to get themselves legal, easy birth control, thanks to the Comstock laws of 1873, they weren't even really allowed to talk about it. Comstock, an anti-erotica and birth control campaigner, had it signed into law that you couldn't send any contraceptive device or "erotica" by post, or distribute pamphlets with "obscene material" (either pornographic or pro-birth control). By 1920, the campaign to break through this blizzard of nonsense, misinformation, and ignorance had begun in earnest, with Margaret Sanger distributing birth control information and opening a birth control clinic in Brooklyn in 1916. She was promptly arrested, the clinic was closed, and the fight to give women the right to control their own bodies has dragged on long into the 21st century.