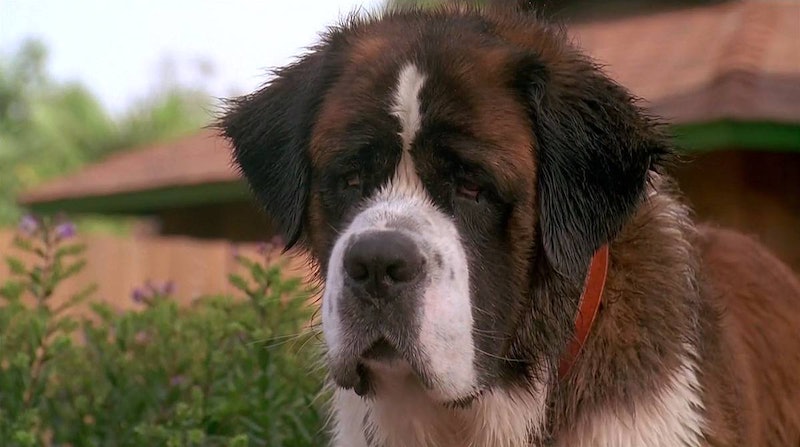 Growing up in the '90s, there was no shortage of kid-friendly movie franchises to obsess over. Everything from Teenage Mutant Ninja Turtles to The Mighty Ducks to Aladdin was made into a trilogy, but one franchise put them all to shame based on its sheer volume. I'm talking, of course, about the 1992 classic, Beethoven. The movie about a mischief-prone (but lovable) St. Bernard and his exhausted family has spawned a whopping seven sequels so far, along with a gone-too-soon spin-off cartoon, so clearly there's love for the drooling pooch. But there's one fact about Beethoven you don't know.

When I say the name John Hughes, you probably think of the king of '80s teen movies thanks to classics he wrote like The Breakfast Club, Ferris Bueller's Day Off, Pretty in Pink, and Sixteen Candles. Or maybe his name conjures images of some of the great adult comedies of the '80s that he wrote, like Planes, Trains, and Automobiles, Uncle Buck, and the first three installments of the National Lampoon's Vacation series. But here's something you probably don't think of when you think of Hughes: Beethoven. That's right, the accomplished screenwriter penned this silly '90s kids movie about a dog — but there's a good reason why not many people know that.

Hughes actually wrote the movie under a pseudonym: Edmond Dantès. Fans of classic literature will recognize that name as the protagonist of the novel The Count of Monte Cristo , who uses the title of the book as his own false identity in his quest for revenge. So why would Hughes use a fake name? Was he also on a quest for revenge? Well, he wrote a lot, and some fans and critics believe he used the Dantès name for his less impressive work so as not to tarnish his brand. And while Beethoven was the first to get this treatment, it wasn't the last. There were two other films that were conceived by the late, great Edmond Dantès.

The first was Maid in Manhattan, a 2002 romantic comedy that starred Jennifer Lopez. Why Hughes would wait a decade before reviving his alter ego is a mystery, but there it was, popping up as a story credit for this film. Next was the Judd Apatow-produced comedy Drillbit Taylor in 2008. Again receiving a story credit as Edmond Dantès, this film was based on an unproduced treatment by Hughes, and was actually the final film credit for him (or Dantès) before his death in 2009 at the age of 59.

When you hear the name John Hughes, you may not think of the movie Beethoven, but you probably should because he's the one responsible for it. Though some credit should also be given to Alexandre Dumas... the author of The Count of Monte Cristo and creator of Edmond Dantès.