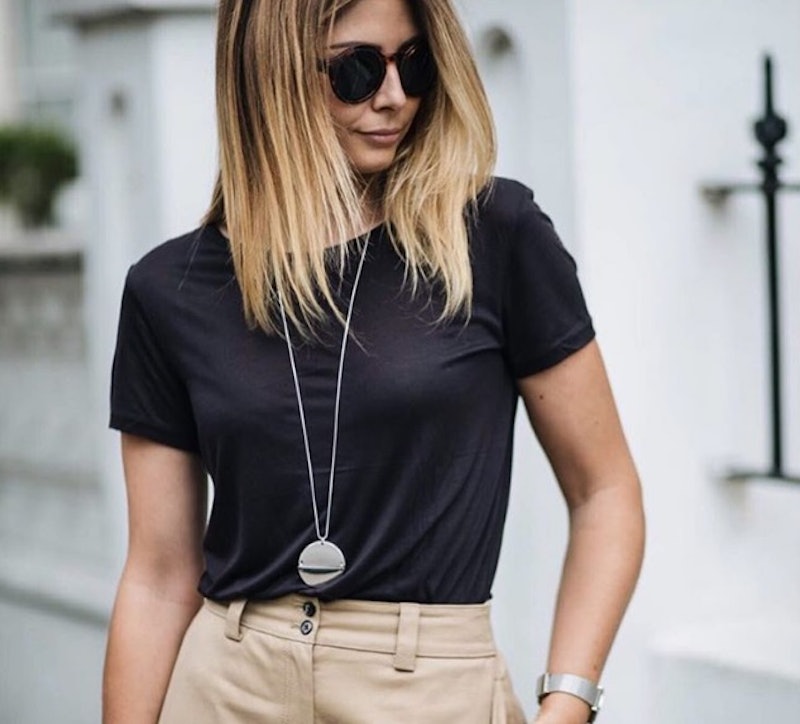 There's this common misconception that standing up for yourself in the workplace will lead to a negative reputation. After all, when you fold away the friendly smiles and stop biting back your thoughts, a monster will surely emerge. Standing up for yourself could often be linked with an aggressive or rude behavior, but that's a super short sighted way to look at it. If you're being steamrolled by a co-worker or constantly overlooked by a boss, it'd be detrimental to your career and workplace happiness if you just kept on taking it. "Friendly" and "welcome mat" don't inherently go together — if you feel like you're getting shafted, you need to speak up.

But that may be easier said than done. If you're a person that feels uncomfortable with confrontation or hasn't had much practice in speaking their mind, then the very idea of going toe to toe with a manager or calling out an office mate could seem like too much. But with a few simple tips, even the most timid and sweet of us can hitch up our belts and go for what's owed to us. Below are 11 tips on how to stop being nice in the workplace when you have to.

1. Be Direct About What You Want

Being direct is in no way rude — all you're doing is asking for what you need! You don't have to feel guilty over that. If you don't reach for what you want, the chances are slim that it'll fall into your lap. Angelina Darrisaw, an international business and career coach, shares in an email with Bustle, "Don't worry about whether or not you're nice. Worry about if you are communicating clearly and regularly asking for what you want. You can avoid being perceived as anything but nice by regularly being decisive and sharing a firm point of view when you contribute." If you're regularly determined and strong-minded then you won't be tagged as "mean," but rather serious about your job.

Darrisaw also points out, "Of course, be flexible and be willing to collaborate, but generally, you should assert what it is you truly feel vs. wishy washy requests." Avoid being easily malleable, and being assertive will become easier!

You might be hesitant to stand up for yourself in case you get labeled as mean or aggressive. But according to Sallee Poinsette-Nash, Business and Brand Troubleshooter, it's not being in-your-face — rather, it's not agreeing to take any crap. Poinsette-Nash shares in an email, "There's a lot of ego in the working world and early in my career, I found myself in situations where I felt taken advantage of, unfairly treated and on the odd occasion, even bullied. I had to develop thick skin fast, otherwise known as resilience, and learn to stand up for myself in a professional way. You don't need to compromise your integrity, you don't need to stop being nice, but you certainly don't need to take any s**t!"

Being firm and knocking down any jipping isn't a negative quality. Rather, it shows you respect yourself and know that your skills deserve a certain kind of treatment.

3. Bring Topics Up When You Aren't Emotional

If you have something bothering you about your position or need to stand up to a steam-roller in your project, it's best to approach the topic when you're not swept up in whatever emotions you're feeling. Take an hour or a day to detach yourself from the situation, and then come armed with bullet points. "Make an effort to communicate about difficult topics, when you aren't worked up. Work to separate that personally charged emotion from what you need to communicate. This will help give you the confidence to stand up for yourself," Darrisaw advises. By removing the emotions, you'll be able to respond professionally and will hit your boss or co-workers with facts, not subjective feelings.

4. Use Silence To Your Advantage

If you're in a moment where someone tries to take a pot-shot at work or your boss just pulled a bogus move, stand up for yourself with the use of silence. "Whether it's in negotiations, board meetings or professional arguments, people want to have their say, interject and counter-attack with anything that might allow them to shine, even if it is at your expense. Silence will destabilize the speaker in seconds — they're expecting words and the lack of them causes people to fill the void," Poinsette-Nash shares. The more a person talks, the more they run the risk of saying too much, which can work in your favor and help you get what you need.

When it's time to put the Mr-Nice-Guy away, make sure you come in swinging with ready facts and points. Your demands and observations will be taken way more seriously that way. "The best time to be assertive is when you are clear on the result that you want. You may not always get that, but your odds are much more favorable the clearer you are. Take time to arm yourself with information to make your case, practice if you need to, and then go for it," Darrisaw recommends. When you know exactly what you need the outcome to be, you'll be less likely to be brushed off.

When you feel like someone is challenging your opinion or trying to place blame, you immediately go into defense mode. Instead of trying to point out how they're wrong, acknowledge their opinion but also open a discussion for what you need. Business writer Margie Warrell at Forbes offered, "No one wins when either perceives that the other is out for blood. So instead of saying ‘yes, but …’, say ‘yes, and …’" Using the conjunction "and" will validate their thoughts, but also pave the way for your own needs.

7. Think Of It As Not Stalling Your Career

If you need a push to be assertive, think of it this way: Not standing up for yourself is synonymous with stalling your career. Career writer and coach Christie Mims at career development site The Muse shared, "When you spend too much time focused on how you can support others, your own career and strategic goals can fall behind." Put yourself and your dreams first.

8. Collaborate Instead Of Combat

Rather than working against your person in question, try to work with them to create the end result you want. "Whether it’s a mutual concern for the bottom line or the state of your relationship, make sure you frame your opinion in the context of what you both care about," Warrell advised. If you make it clear you're after the same outcome, your opinions will be better received.

9. Get To The Point Quickly

10. Figure Out Their Reasoning

Whether your boss rejected your pitch or a co-worker called you out during a meeting, rather than getting your fists poised try to inquire as to what lead them to that action. "This moves you from advocating for your opinion to inquiring about theirs. When people sense you’re genuinely trying to understand their perspective, they become more receptive to yours," Warrell shared. Showing that you're trying to understand where they're coming from and not just painting them as the bad guy will go a long way.

When it's time to get real, the whole conversation goes easier when you actually believe in yourself and what you deserve. According to Scivicque, "To communicate assertively you have to believe in what you're saying. The more passion and certainty you feel for the subject matter, the easier and more natural it will be to speak powerfully about it."

So be your own biggest supporter, and go fight for the treatment you deserve!

More like this
Black Women's Equal Pay Day Highlights An Upsetting Problem
By Brandi Neal
The Spiritual Meaning Of Angel Number 000, Explained
By Kristine Fellizar
10 Ways To Be More Empathetic To Your Partner
By Raven Ishak and Lexi Inks
Think Your Partner Is Cheating? These Tarot Cards May Confirm Your Suspicions
By Kristine Fellizar
Get Even More From Bustle — Sign Up For The Newsletter