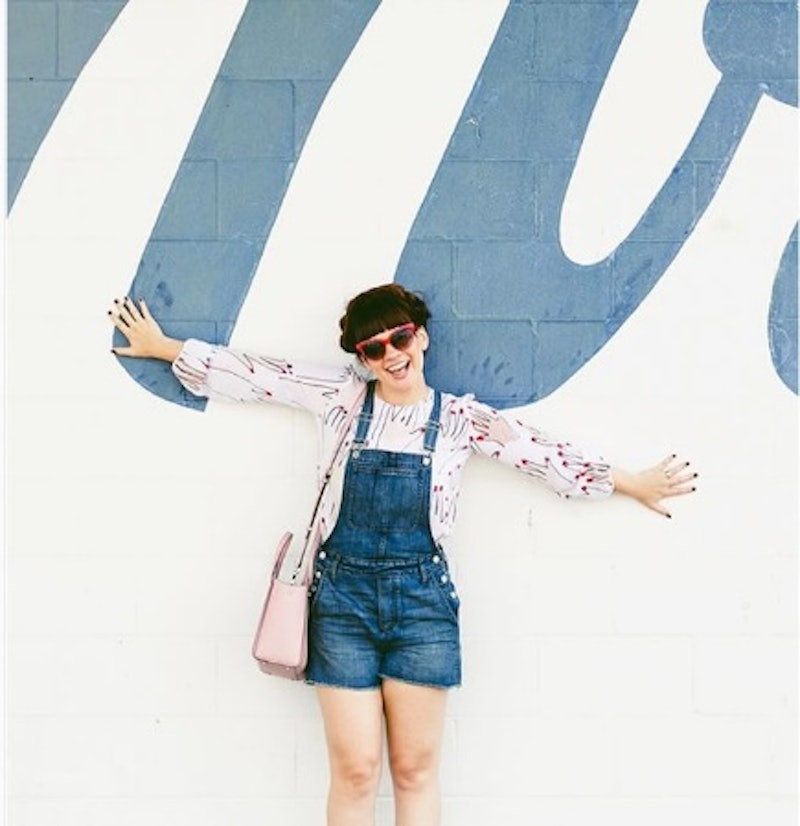 If you're the type of person that slathers on compliments and purrs, then move on; this article isn't for you. This is for all those hard workers out there that can't accept a compliment graciously, and instead do every back-bend imaginable to let the recognition-giver know that they're way off base. To those of you that throw up "it was nothing" and "anyone could have done it" like shields, it's time to stop. And I'm going to tell you exactly how.

While swatting away at recognition might make you feel like you're staying humble or side-stepping vanity, what you're really doing in under-cutting all the hard work you've logged in. You're letting the world know your determination and drive isn't worth much, and that we who notice it are probably wrong anyway. Sounds pretty horrible, right? So stop with that bad habit already; it's time to take a hold of that self confidence.

Instead, the next time you get a compliment at work or during your off-duty hours, accept the recognition and learn from it. It might not be easy to take it without a fight, but practice will make perfect. Below are 11 mistakes you're making when accepting compliments, and how to fix them.

When you blush or look away when someone compliments you, you might be negating their words with your body language. Such maneuvers hint that you don't believe what they're saying is true, which can undermine you in the end. Mara Opperman, Co-Founder of IDoNowIDont.com and VP of DELGATTO, shares in an email with Bustle, "Nonverbal cues and body language such as blushing, looking away or looking down, not smiling, etc, may be signs you are not able to accept a compliment. Be aware of your actions and try and figure out why or what’s causing you to act this way." Opperman goes on to say how low self esteem is often times the culprit of such reactions. "Try and build your self-confidence. Know that you deserve to feel good about yourself and be proud of your accomplishments." You've definitely earned those notes of praise!

2. You Assume They Don't Mean It

People don't throw compliments like confetti at you because they're playing a mean trick! Rather than assuming someone is just "being nice," begin to look at compliments in a new way. Lifestyle writer Dustin Wax from Lifehack recommended, "As I said, a compliment is a gift. You wouldn’t put down or reject a gift from a friend; treat compliments the same way." Thank them for the present and dig in.

3. You Get Into A Compliment Show Down

Rather than accepting the praise you deserve, you over-compliment the person dishing it in a flurry of nerves. But all this does is turn a nice moment into an awkward one. Business etiquette expert Jacqueline Whitmore from Entrepreneur understood by saying, "Especially when a compliment comes from someone you respect and admire, you may feel the inclination to 'out-compliment' or downplay your work." But what you should do instead is take in the moment and feel amazing over the fact someone you respect admires you.

While marinating in compliments could be seen as the trademark of a conceited person, that's not at all true. "Having pride and accepting a compliment does not mean you have an inflated sense of self. It’s possible to be modest while still being gracious," Opperman shares. "Try to get over this by practicing accepting compliments. Believe it or not, taking praise is often something that needs to be learned. With enough practice, receiving compliments may even start to feel good." The next time you receive praise, force yourself to try and accept it and agree with it. You'll get better at it with each chance.

5. Your Inner Critic Takes Over

A lot of the times we feel weird accepting compliments because, in our minds, we still don't measure up to a certain level of standards. Lifestyle writer Naomi Oh from women's lifestyle site Darling suggested, "We might feel like a fraud due to the high standards we impose on ourselves; they make us feel like we are constantly trying to keep up and that we are not enough. A compliment may leave us thinking about what makes us exceptional, but also about what we lack." It's time to shush those parts of our minds and accept that we're pretty amazing without the measuring stick.

6. You Prove Them Wrong

When someone says something along the lines of "You did such a bang-up job on that presentation!" and you answer with a reason on how you absolutely botched it, then all you're doing is insulting their perception. Don't make someone feel dumb for trying to be nice to you. "Don’t make someone waste their effort paying a compliment by telling them how the thing they’re praising is probably doomed to fail in the long run," Wax cheekily pointed out. Don't make people feel like they're cheering for the losing team — you're great and you need to accept it.

When you get a "job well done," chances are you babble on afterwards like it's a nervous tick. By doing so you're hinting over the fact that you don't think you deserve such praise, which won't be anything but detrimental at work. So instead, practice staying quiet after your initial "thank you" response. Business writer Meredith Lepore from career development site Levo suggested, "When someone gives you a compliment just say, 'Thank you.' And then try not speaking for the next two minutes. You can think that earning your degree from Harvard really wasn’t that tough, but do not say it. Then, maybe, this will eventually become the norm." Practice will make perfect.

9. You Make It Hard For The Person Paying You A Compliment

By batting around phrases like "no, it was nothing," you make it really hard for the person trying to pay you a compliment. And you need to remember: Giving a compliment isn't always easy. It takes some vulnerability to do that, too. "When someone does offer you one, accept it easily and gracefully. Pay one back, if merited. Let people know that you appreciate them for appreciating you," Wax pointed out. Don't make them sweat more than they need to — think of their feelings, too.

10. You Think People Have Ulterior Motives

Do you think that Kelly thinks you did an amazing job on the client's website because she wants to steal your job away from you? No. While that might be your knee jerk reaction, the best way to smother it is to teach yourself to ignore it. So offer thanks, and then show yourself not everyone is an evil villain hiding behind compliments by handing out praise yourself. "The more comfortable you become at accepting recognition, the more comfortable you will be with giving it," Goulston agreed.

11. You Don't See How It Affects Other Parts Of Your Life

While batting away recognition might not seem like a big deal, it actually impacts other parts of your life in a big way. For example, Peter Wogan, professor of anthropology at Willamette University, shared with Refinery 29, "If you are not comfortable with celebrating yourself — to let the compliment ride and have other people see you as really excellent in some regard — then when it comes time [for a promotion or raise], it's hard for you to negotiate." Don't jip yourself that way.

Instead, believe in both yourself and your worth, and let yourself marinate in that praise.