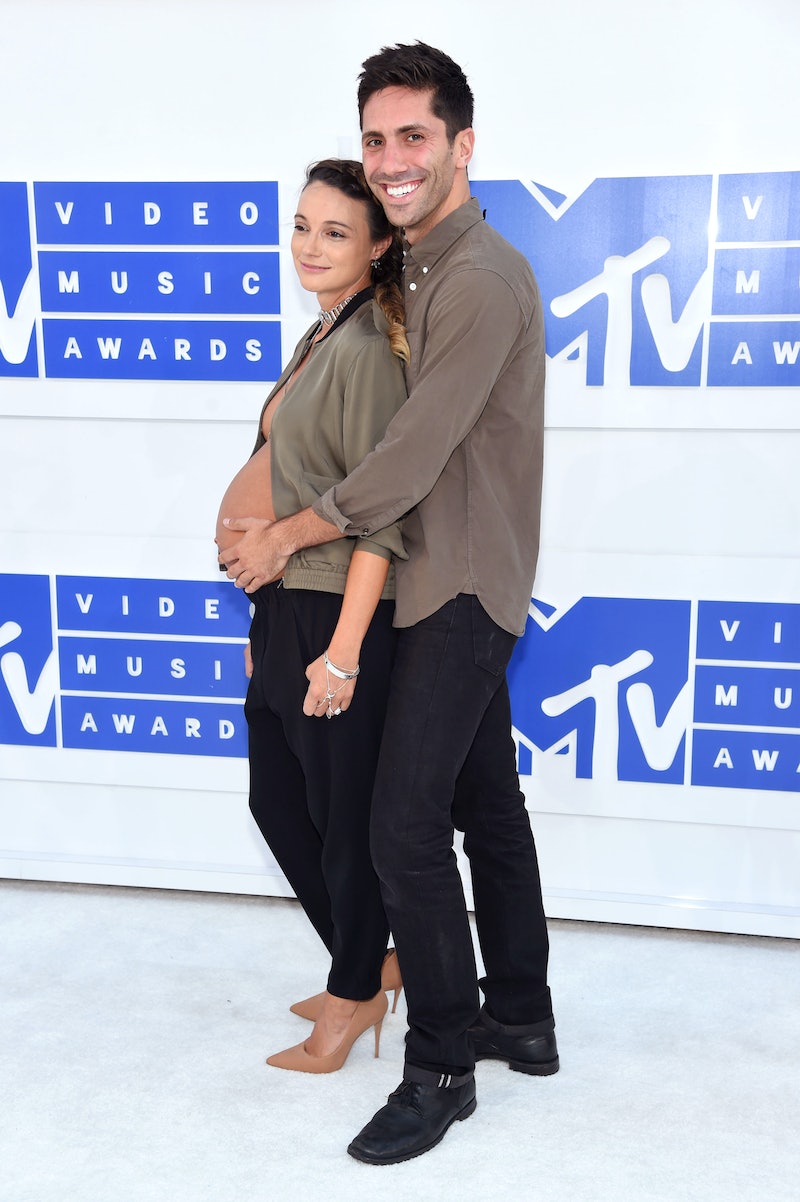 If Catfish creator Nev Schulman is a pro at anything, it's getting our attention. The 31-year-old and his S.O. Laura Perlongo are pretty hyped about becoming parents, and upon arriving at the 2016 Video Music Awards, they let us all know it. Schulman proudly embraced his very pregnant girlfriend on the white carpet, rubbing and posing with her belly, which was fully exposed due to what I imagine was a carefully-planned wardrobe choice. Super cute, but I think I may have seen a foot. Anyway, it's obvious these two love birds are very happy, but are Schulman and Perlongo married yet?

Back in May, Schulman announced that the two were officially engaged just after announcing they were expecting. The news was revealed on Instagram, so you know it's real. While they anxiously await the arrival of their little girl, it looks like they haven't walked down the aisle just yet. They're super busy, guys, especially being really damn adorable on the IG. Oh, and planning their matching outfits at the VMAs. I've seen some pretty interesting fashion choices made by celebs on red carpets in my day, but this one is next-level. And this isn't the first time this mommy-to-be has shown off her bare belly publicly.

In fact, this is nothing compared to what's been going down on Instagram.

If these two are bad parents, then we're all screwed.

I can hear the wedding bells and baby monitor now.