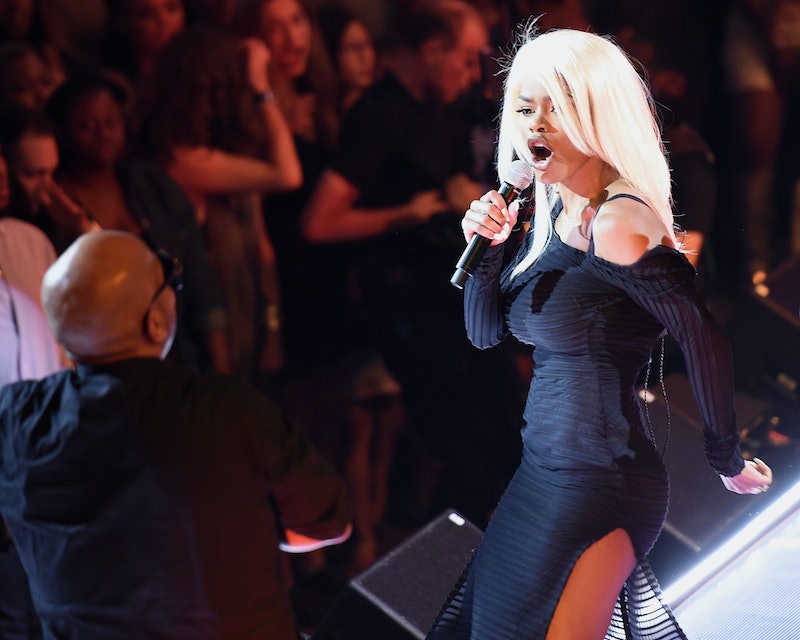 When I heard Kanye West got some time from MTV to do whatever he wanted at the 2016 MTV Video Music Awards, I was eager to see what he was going to do with it. Now, the mystery is over — West spoke a little to the audience, and then he debuted his video for his new song “Fade.” It was a sexy homage to Flashdance with an especially sexy dancer in it. Who was the woman in Kanye West’s “Fade” video? She was Teyana Taylor, whom you may recognize from other Yeezy works.

Taylor is signed to West’s GOOD Music label, and West has been a sort of mentor to Taylor for her career. She’s also featured on a few of West’s tracks, including “Dark Fantasy,” “Hell of a Life,” and “Christmas In Harlem.” In 2014, West praised Taylor for "fighting against the entire system” and getting herself a better record deal. When she’s not recording music and releasing new music, Taylor is devoted to her family — she’s a new mother to daughter Iman Tayla and wife to NBA star Iman Shumpert. These family bonds run strong — Taylor didn’t realize she was in labor until it was too late, according to US Weekly, she and Shumpert delivered their baby girl in the bathroom of their home. That’s pretty serious love.

Taylor’s appearance in the “Fade” video will definitely be a boost to her career — it was a cool, updated version of 1980s classic Flashdance, and did I mention how hot Taylor looked in it? Once you’re in West’s world and he believes in you, you’re in it for good (or should I say GOOD). Taylor is definitely evidence of that — this video for “Fade” is about to be huge, and so is Taylor.