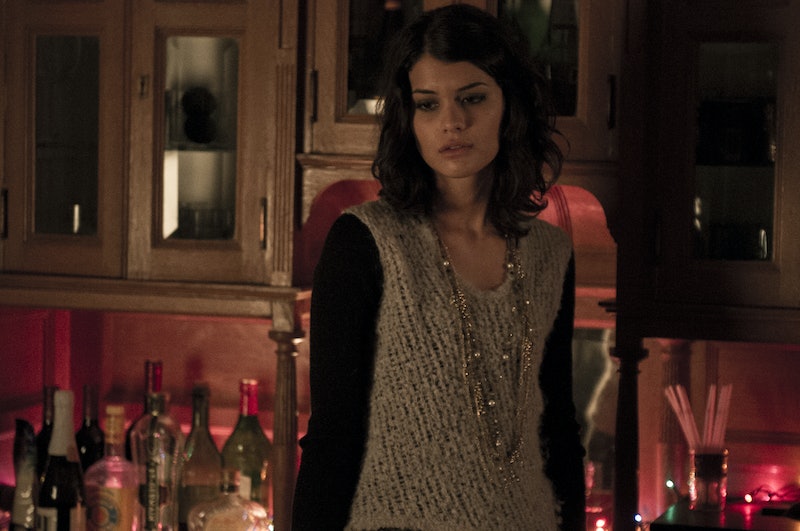 I love a whodunit murder mystery. So needless to say, I couldn't wait to watch The Night Of on HBO. As I tuned in for each episode, I vacillated between believing Naz to be guilty or innocent, and wracked my brain for other suspects. But I was certain we'd have a tidy set of answers by the time the finale aired. After all, that's how procedurals work, right? I'll be the first to admit that when the finale's closing credits began to roll, my first response was, "Seriously?" The show's ending was anything but neat, tidy, or conclusive. In fact, it felt downright dissatisfying in some ways. But that's exactly why the inconclusive finale of The Night Of was so important.

After the jury in his case deadlocks, the district attorney declines to retry him for the murder and Naz walks out of the courtroom a free man, then returns home to Queens. But life isn't a courtroom, and as evidenced by the harsh stares and glares he encounters everywhere, it's abundantly clear that to many, people are "guilty until proven innocent." There was no acquittal, so the suspicion of murder will loom over him for the rest of his life. His family is broke due to the trial, and Naz is fully aware that his parents doubt his innocence. Chandra has lost her job and will likely be disbarred. New evidence discovered by Detective Box points to a totally unexpected killer, but there's no guarantee that he'll be brought to justice. All the main players are left disillusioned and irreparably changed as they reflect on everything they've lost.

When Chandra unwisely puts Naz on the witness stand, even he admits under cross-examination that he "doesn't know" whether he murdered Andrea. At the 11th hour, the evidence points in a completely different direction — Detective Box leaves his own retirement party early to review CCTV footage of the moments before Andrea got in Naz's cab. He notices her looking over her shoulder in fear, and it sends him down a rabbit hole of surveillance tapes, financial documents, and phone records. In a twist that few saw coming, it now appears that Andrea was murdered by Ray Halle, her financial advisor / boyfriend.

There's a mountain of evidence against Halle — he'd recently stolen $300,000 from Andrea's account to pay off gambling debts, has a history of violence with prostitutes, and was caught on surveillance tape fighting with Andrea on the night of her murder. More CCTV footage placed him near the crime scene at all the right times. Ray has motive, access, and a history of violence. Plus, he nearly confessed to the now-retired Box. But when it comes down to it, the evidence against him is purely circumstantial.

When Box brings his findings to the beleaguered D.A. Helen Weiss, all she has to say is, “We’ve got more on the kid." And in one concise sentence, she sums up the flaws of the justice system that have been a theme throughout the series. The truth doesn't matter as much as securing a conviction. Weiss is preparing for closing arguments, and she can't be bothered to look at new evidence that doesn't fit the narrative she's carefully constructed.

Weiss seems to agree that Halle is the real killer — she struggles to push through closing arguments, knowing that she may be about to send an innocent man to prison for life. When the jury deadlocks, she declines to retry Naz, and she and Box then join forces in an effort to bring Halle to justice. But I'm not entirely sure that showrunners directly handed us the answer to our lingering question of who killed Andrea. Weiss was correct when she said the evidence against Naz was arguably stronger — he was in Andrea's apartment at the time of the murder, his DNA was on her body, and he inexplicably took the bloody knife with him when he fled the scene. Still, we're left to believe that he's innocent because nothing is what it seems.

Yes, Ray Halle is probably the killer. But in the end, The Night Of wasn't about straightforward "guilt" or "innocence" in Andrea's death at all. When Naz entered Rikers, he appeared to be a frightened kid, wrongfully accused of murder and struggling to survive. By the time he leaves, he's been an accessory to murder, and we've learned through trial testimony that he exhibited violent tendencies when he was bullied in grade school. Did he become violent as a way to survive at Rikers, or was that side of him always there, waiting to be triggered?

Even if he didn't kill Andrea, Naz is no longer an innocent man, and his life has been forever changed by the criminal justice system. His last scene on the beach is a direct throwback to the evening he spent there with Andrea, thinking it was his lucky night. This time, he sits alone, doing the heroin he's now addicted to with a haunted look in his eyes. As he admitted on the witness stand, even Naz no longer believes he's innocent.