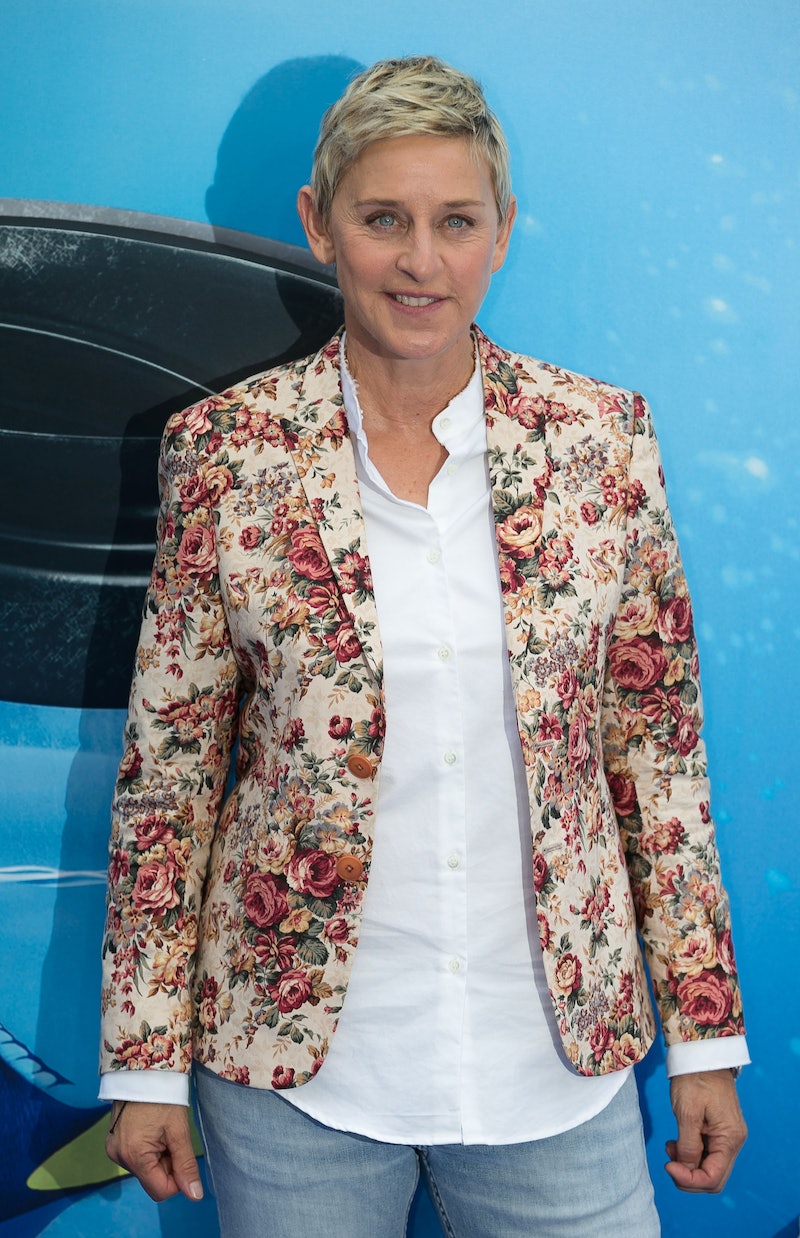 With The Ellen DeGeneres Show's premiere date fast approaching, there have been some exciting announcements about who will be appearing when the series returns on Sept. 6. Already, The Ellen DeGeneres Show has booked Britney Spears, Simone Biles, Channing Tatum, and Michelle Obama, among others, which I'm sure you'll all agree is a killer line-up. Could this mean some awesome collaborations and performances are planned for the talk show's 14th season? The show's host has had a busy summer promoting Finding Dory, and it looks like she's going to be just as busy when she returns to her hosting gig.

According to Entertainment Weekly, the first episode of Season 14 will feature something extra special, with Channing Tatum "set to reveal an exclusive performance from his Las Vegas show, Magic Mike Live." Like me, I'm sure you're looking forward to this performance an inordinate amount, particularly if Tatum is taking part. As always, DeGeneres is sure to satirize Magic Mike Live in the best way, and will probably even take part in the routine herself, if previous episodes are anything to go by. Plus, Tatum isn't necessarily the most exciting thing in the premiere episode, as Olympic gold medalist, and basically the coolest person alive right now, Simone Biles, will be on Ellen too.

Entertainment Weekly reports that Biles will be giving Degeneres "her first solo interview since the conclusion of the 2016 Summer Games in Rio," so we can expect to hear about all of the incredible things that have been happening to the athlete. For instance, Biles was invited to the Pretty Little Liars set by showrunner I. Marlene King, met her crush Zac Efron, and took a selfie with Kim Kardashian. Any interview she gives is sure to cover all of these amazing events, as well as detailing her incredible year at the Olympics. The only thing that could top it off is appearing in a special collaboration with Channing Tatum, which might well happen.

As if Biles and Tatum weren't exciting enough, Britney Spears will also appear in an episode of the show, hot on the heels of her new album Glory. Apparently Degeneres will be taking Spears to the mall, which is not nearly enough information to explain what the pair might get up to, though I'm sure it will be hilarious. Perhaps even more exciting than that, though, is the announcement that Michelle Obama will co-host an episode of The Ellen DeGeneres Show . Obama loves all things pop culture, and is the perfect co-host for DeGeneres. Not only does the first lady relish her involvement in entertainment, she's passionate about using her platform to highlight social issues, something which DeGeneres does frequently.

Season 14 of The Ellen DeGeneres Show sounds completely amazing, and I can't wait to find out which celebrities will be collaborating once the series starts.