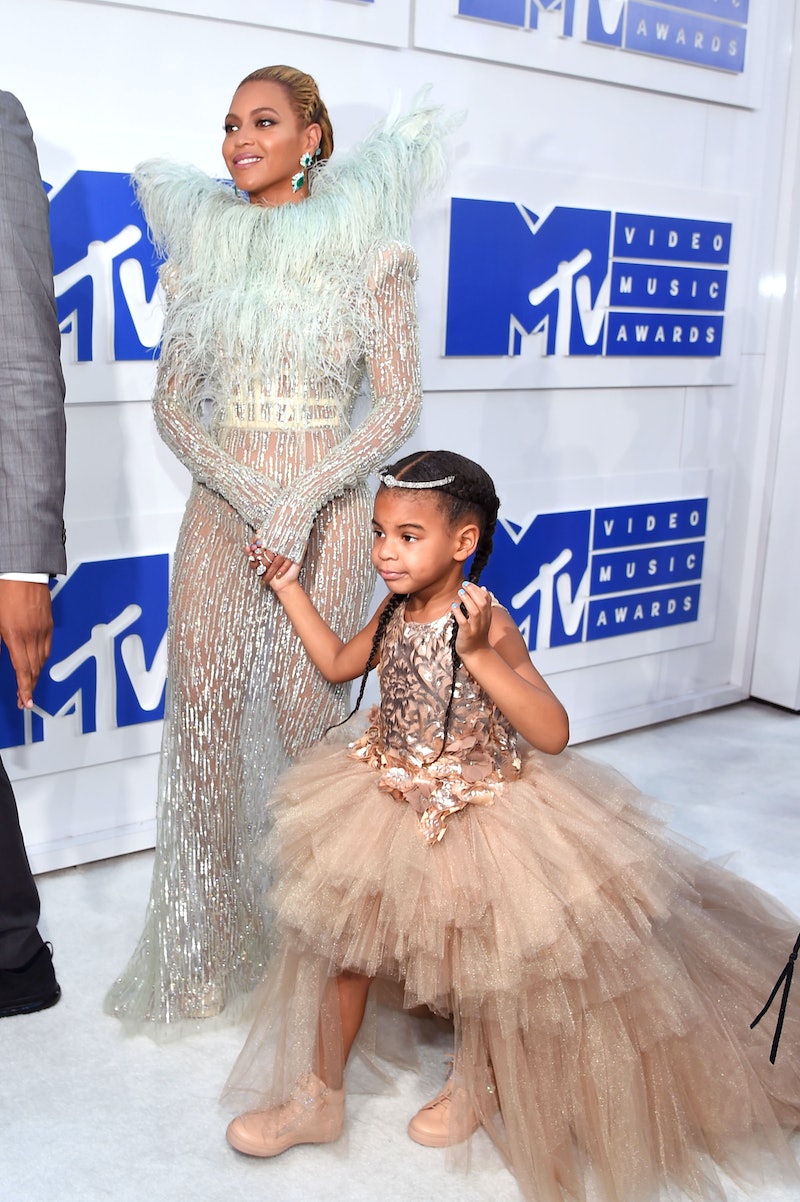 $10,950. That is how much Blue Ivy’s VMA dress reportedly cost her super famous mom and dad. Although, if I had to guess, I would think that the talented pair got that dress for free for the night like most celebrities do for awards shows. But let’s pretend for a second that Beyonce and Jay-Z actually shelled out almost $11,000 for a dress that their young daughter would wear for a total of four hours. Shocking? Maybe. However, it’s likely not the first big ticket item this celebrity tot has had in her possession, and I like to think about the lives of these celebrities’ kids in relation to my own. Like, what in my childhood ever cost $11,000? Not much, I can tell you that. But, with a little bit of brain power and a handy calculator, I did come up with a few things from my childhood that cost as much as Blue Ivy’s VMA dress.

Kids are expensive. Especially famous kids. And, even though I may have spent my Sunday nights reading Baby-Sitters Club books in bed, it doesn’t mean that I didn’t cost my parents a pretty penny. I’m sure I did, even if they never complained about it. (Much.) But it also probably took a lot more of the things that were expensive to even come close to the cost of Blue Ivy’s dress.

Let’s take a little nostalgic walk down memory lane and revisit all of the things that cost our parents a fortune when we were growing up.

This was, by far, the biggest expense my parents had to pay when I was growing up. This has to come close to the cost of Blue Ivy’s dress, right? Wrong. Three weeks at a theater camp in the Catskills cost $3,000. It would have taken almost four summers at Stagedoor to come close to Blue’s dress. Fortunately for my parents’ bank account, I only went twice.

Family vacations cost a small fortune. Especially when they involve theme parks and standing in line for hours waiting for Mickey’s signature. (Sorry, dad.) But, even at the old day rate (I swear I remember the tickets once cost $60), we would have had to spend 183 days in Disney World to spend as much money as that gorgeous dress. Not that I would have minded. That just means more signatures.

It was a tradition: I would wake up on the weekends to find a bright shiny box of donuts waiting for me to dig in to. I’m sure that cost my mother a lot. But even at $5 a box, for the same cost as that stunning dress, my mother could have bought us a dozen donuts a week for 42 years. Um, that means I’d still be getting free donuts.

4. Back To School Supplies

We weren’t exactly rolling in the dough when I was growing up, so back-to-school shopping meant Labor Day sales and flipping through the clearance racks. But, for the sake of fairness, let’s say my parents dropped $200 on clothes and supplies every school year. If that’s the case, they could have either bought me that amazing VMA dress or they could have paid for back-to-school supplies for 55 years. Obviously, they chose wrong.

Baseball was a summer staple in my family. Whether we were staying local or visiting family, if it was the summer, there was always baseball involved. But, even if they spent $50 on a ticket four times in a summer, it would have taken them 55 summers of baseball to come close to Blue Ivy’s dress.

$3 a week. Yeah, I’d be getting that until I was 70 if my parents had been willing to shell out the same amount of money as Beyoncé and Jay-Z were.

I’m guessing groceries for our entire family cost around $200 a week back in the mid-‘90s. If that were the case, I’d still be eating on my parents’ dime before we came close to Blue Ivy's dress.

10. Trips To Visit My Grandparents

Trips to grandparent-friendly climates are expensive, but nearly as expensive as that dress. I could have visited my grandparents 36 times for the same price.

Here’s where the real comparison comes in, because, instead of calling up designers for dresses, my mom took me shopping at Macy’s for most of my formal wear. I don’t remember anything costing more than $100, but let’s be generous and say $200. I would have been dancing my heart out for 55 proms if that had been the case. Or maybe I would have just bought a better dress. One that wasn’t very yellow and very sequin-y.

So maybe my parents never dropped $11,000 on me at one time, but it’s all relative, right?