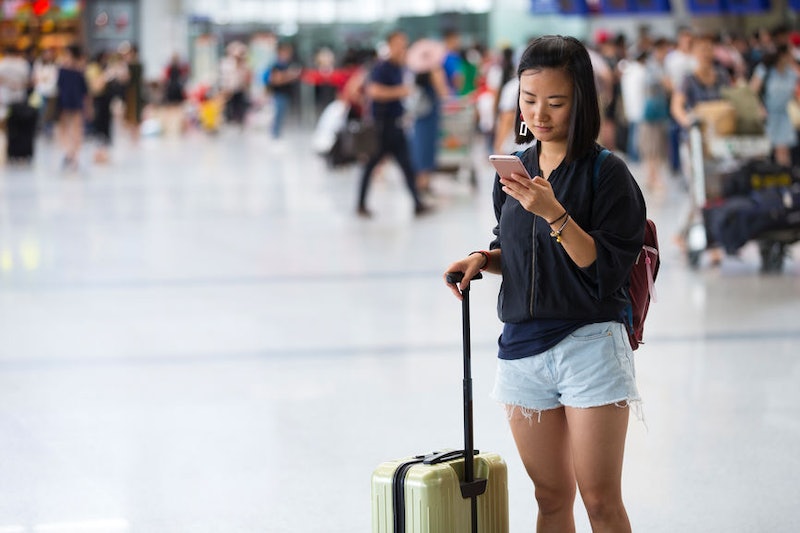 Love 'em or hate 'em, read receipts are a central part of our digital lives right now —so even if you don't know how read receipts work on iPhones, you know this: As long as you have the feature engaged, you can't ignore anyone you don't want to talk to without them knowing they're being ignored. (And it goes both ways, of course, so if someone is ignoring you... well, you feel that pain, too.) The default setting on most iPhones toggles the feature on — but if you've been wondering exactly what's going on when read receipts are activated in the first place? Well, I'm here to shed a little light on the subject.

Here's the basic idea: When a person has read receipts engaged, once they open and read a message, the sender will see "read" below whatever they sent, along with the time it was read — meaning they know that the recipient saw their message. Meaning you can never pull the "Oh my gosh, I haven't checked my phone in hours" excuse. Lies! All lies.

However, if you know a person has read receipts, but you don't see "read" under your message to them, then they legitimately haven't opened it. Maybe they're working. Maybe they're peeing. Who knows? Nothing changes on the end of the person who has the feature engaged — although it's worth noting that read receipts only work when two devices are communicating via iMessage, the default iOS messaging app. (That is, two iPhones messaging back and forth via iMessage will display read receipts if the feature is turned on; however, if an iPhone and an Android are trading messages, then read receipts won't appear.)

For the curious, this is what it looks like when someone with read receipts has read your message to them:

If they haven't read it yet, it looks like this:

In this case, you have confirmation that the message was delivered successfully, but that's it — that is, it made it to the other person's phone without issue, but they haven't opened it yet.

Fortunately, it's easy to turn the read receipts feature off. All you have to do is go to Settings, scroll down until you see Messages, and click it. You'll see Send Read Receipts, with the toggle option next to it. If your read receipts toggle is on, it'll be green.

Turn. That. Ish. Off. Once you do, the toggle button will be grayed out, like so:

Read receipts: Annoying? Maybe. But at least we have the ability to opt out. Whew!