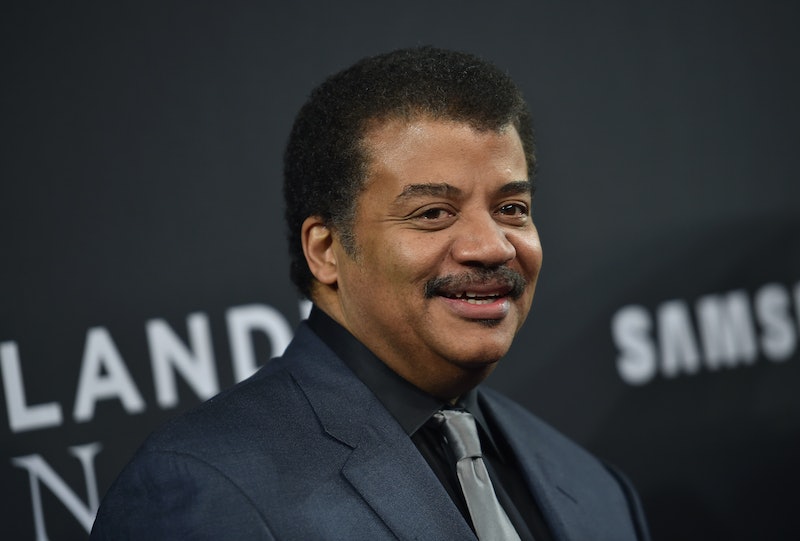 All too often, people assume women are less intelligent than men and particularly less competent in science, technology, engineering, and math (STEM) — even though we actually owe many advancements in STEM to women. And because this is a point that apparently still needs to be made over and over again, series of tweets about sexism toward women in STEM by the Neil deGrasse Tyson parody Twitter account @DrNeilTyson perfectly sums up the hypocrisy in looking down on some of our best scientists and technologists.

On Wednesday, Aug. 24, the Twitter account SciencePorn tweeted: "First woman on the Moon: 'Houston, we have a problem.' What? 'Never mind.' What's the problem? 'Nothing.' Please tell us? 'I'm fine.'" Presumably it was intended as a joke about what a woman astronaut would act like. But it's not funny — and not just because it's based off of the damaging and pervasive stereotype that insists, as a Redditor on the AskWomen subreddit succinctly put it earlier this year, that women "[don't] communicate their needs, then get mad when those needs aren't met." The Neil deGrasse Tyson parody account (which, just to be clear, is not actually run by Dr. Neil deGrasseTyson; Tyson's verified account is @neiltyson) explains exactly why the "joke" isn't a joke at all.

"Haha, it's funny because women did all the calculations that actually got men to the moon," the first tweet from the parody account reads. Indeed, a black woman named Katherine Johnston calculated the trajectory for the first moon landing when she worked as a computer for NASA. During this time, computer science was seen as a woman's profession, proving that the current stereotype of scientists and engineers as men is not based on nature.

The tweets then go on to describe exactly what's wrong with insulting women rather than acknowledging their accomplishments. "It's funny because any show of potential weakness by a woman is savagely pounced on and used against her," they read. "It's funny because women in STEM are mocked and abused." They also mention that NASA did not initially consider women as astronauts.

Though there haven't been any women on the moon yet, there have been women in space. The first was Russian astronaut Valentina Tereshkova, who orbited the Earth 48 times in 1963. 60 women have been in space to this date — and there are no records of any of them complaining about a problem and then saying "I'm fine."

Read the full conversation below:

More like this
25 Inspiring Quotes From Black Women To Celebrate Black History Month
By Kyli Rodriguez-Cayro and JR Thorpe
24 History-Making Black Women You Probably Didn't Learn About In School
By Ayana Lage and JR Thorpe
Ashamed Of Your Screen Time Stats? Here's How To Change That
By Alexis Morillo
Learning To Love, Not Judge, The Lunchbox Wives Of TikTok
By Esther Zuckerman
Get Even More From Bustle — Sign Up For The Newsletter
From hair trends to relationship advice, our daily newsletter has everything you need to sound like a person who’s on TikTok, even if you aren’t.